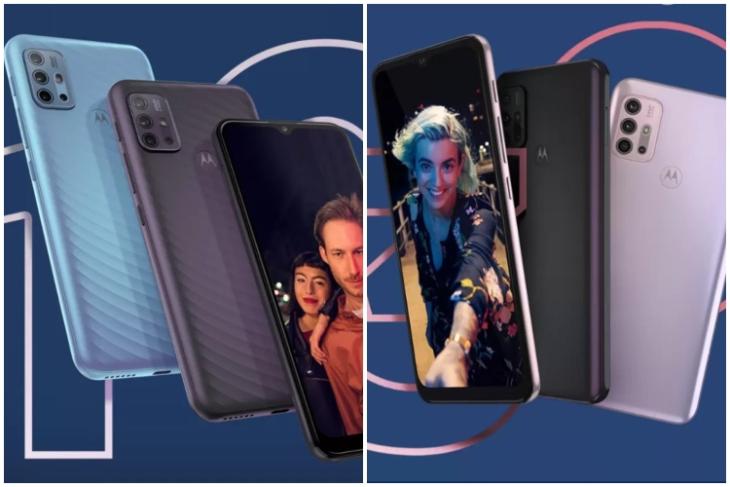 Following the launch announcement last week, Motorola launched its latest budget-centric G-series smartphones in India today. The Lenovo-backed company unveiled the Moto G10 Power and Moto G30 in India, which were first launched in Europe earlier this year. Here’s is everything you need to know about them.

Now, before we discuss the price and availability, allow me to tell you about some of the key specs of the two devices.

The higher-end Moto G30 boasts a 6.5-inch HD+ LCD panel. It comes with a screen resolution of 1600 x 720 pixels and a 90Hz screen refresh rate. The device features a teardrop-notch to house the 13MP selfie camera.

The Moto G30 comes with a quad-camera module at the back. There is a primary 64MP sensor along with an 8MP ultra-wide lens with a 118-degree FOV, a 2MP macro sensor, and a 2MP depth sensor for portrait shots onboard.

Inside, there is the Qualcomm Snapdragon 662 chipset on board. Along with that, the device packs 6GB of RAM and 128GB of built-in storage. Further, it comes with support for storage expansion via a microSD card slot. The device runs a near-stock Android version based on Android 11 out-of-the-box.

There is also a 5,000mAh battery with 20W TurboPower Charging inside. It can be charged via the USB-C port at the bottom. You also have a 3.5mm headphone jack at the bottom.

Coming to the lower-priced Moto G10 Power, it is pretty much the same as the already-launched Moto G10. There is the same 6.5-inch HD+ display with 1600 x 720 resolution. The screen refresh rate, however, is capped at 60Hz. Furthermore, it features the same teardrop-notch to house the 8MP selfie camera.

At the back, there is a 48MP primary sensor. Apart from that, all the other sensors are the same as the Moto G30. Inside the Moto G10 Power, there is the same Snapdragon 460 SoC as the standard G10. It is coupled with 4GB of RAM and 128GB of built-in storage.

Both of these smartphones are Flipkart exclusives. The Moto G30 comes with a price tag of Rs. 10,999 while the Moto G10 Power is priced at Rs. 9,999 in India. These will compete against the Redmi 9 Power and Realme Narzo 30A and Realme 7i.