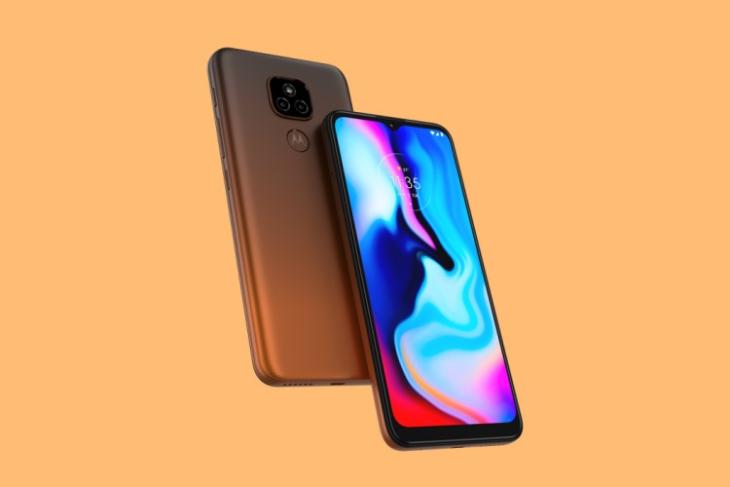 Motorola may not be able to match the influx of smartphones from Realme and Redmi but it is still doing a great job in offering the latest features at an attractive price to the consumers. The company recently launched the Moto G9 in India and is now ready to take the wraps off the entry-level Moto E7 Plus in the country. It was first unveiled in Brazil, alongside the Moto G9 Plus, about a week ago.

The official Motorola India account took to Twitter to tease the upcoming India debut of the Moto E7 Plus. It does not reveal the launch date but does talk about the camera capabilities of the device. You can also see the square dual-camera module, along with the capacitive fingerprint sensor in the circular Moto logo on the rear.

It’s time you take your smartphone photography to the nExt level with our upcoming launch.
Any guesses? 😉 pic.twitter.com/tKhkIIlVVb

Moto E7 Plus boasts a polycarbonate build on the rear and a waterdrop notch display on the front. It features a 6.5-inch HD+ LCD display with a 20:9 aspect ratio and 1600 x 720-pixels resolution. The waterdrop notch houses an 8MP selfie sensor at the top.

Under the hood, the Moto E7 Plus is powered by the latest Snapdragon 460 chipset. You will also find 4GB of RAM and 64GB of built-in storage, which is expandable via a microSD card. The device also comes equipped with a 5,000mAh battery with 10W charging via the microUSB port at the bottom.

As for the square camera setup on the rear, you will find a 48MP primary camera and a 2MP depth sensor. There is also an LED flash in this camera module. You will also find WiFi 802.11 b/g/n, Bluetooth 5.0, GPS, and a 3.5mm headphone jack.