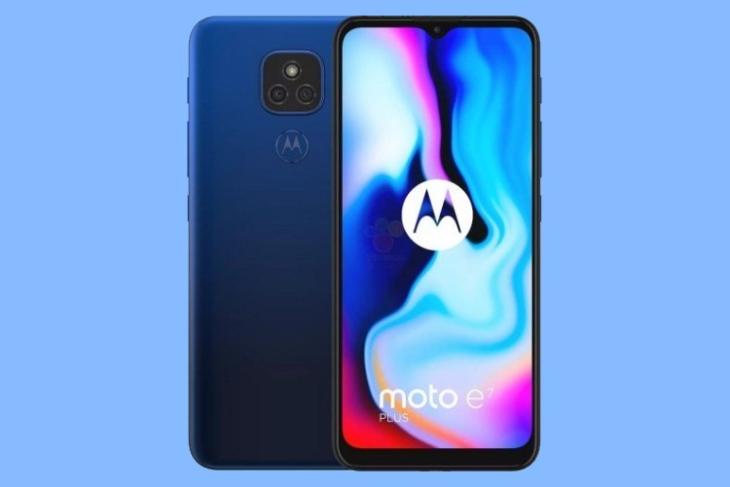 Motorola unveiled the Moto G9 in India earlier last month and it seems the company is already gearing up to add another budget phone to its portfolio. Moto E7 Plus has been rumored to be coming for a really long time. The latest leak reveals everything there is to know about the Moto E7 Plus. It includes the official renders, complete specs sheet, and the expected price details.

Though reputed tipster Evan Blass already gave us a first look at the Moto E7 Plus via his Patreon a while ago, the folks at WinFuture.de now dish out all of the details. The device obviously boasts a plastic build with a center-aligned square dual-camera array on the rear. There’s a 6.5-inch HD+ (1600 x 720) LCD panel on the front. It also includes a waterdrop notch with an 8MP selfie sensor at the top.

As for the dual-cameras on the rear, you have a 48MP primary camera and a 2MP depth sensor baked into the square cutout. The LED flash sits right above the sensors, as you can see below. You will also find a capacitive fingerprint sensor baked into the Moto logo and a dedicated Google Assistant button on the right edge. 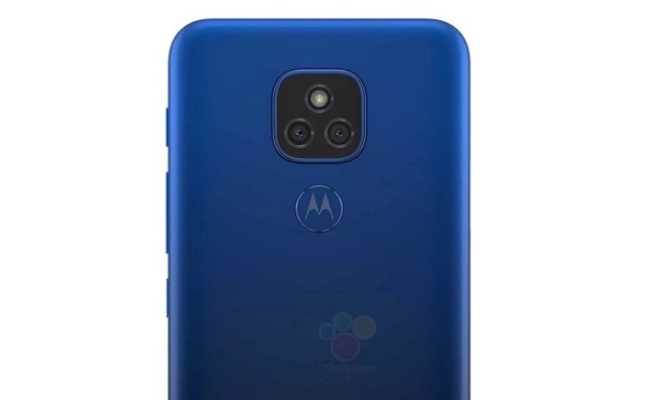 I line with the leaks, Moto E7 Plus will be powered by the Snapdragon 460 chipset under the hood. It’s the same chipset found aboard the Oppo A93 that made its India debut earlier this month. You will also find 4GB of RAM and 64GB of storage onboard, which can be expanded via a dedicated microSD card slot. The device runs Android 10 out-of-the-box.

Moto E7 Plus also comes equipped with a 5,000mAh battery pack, which has now become fairly standard in the budget segment. Samsung has taken this a notch ahead with its new Galaxy M51 mid-ranger, which features a humongous 7,000mAh battery. There’s still a microUSB port at the bottom though, which is saddening to see in 2020.

There is currently no official information on the launch date, either globally or for the Indian market. We will keep you updated though, so keep an eye out for updates.

Moto E7 Plus India Launch Teased; Will Compete with Redmi 9 And Realme C12