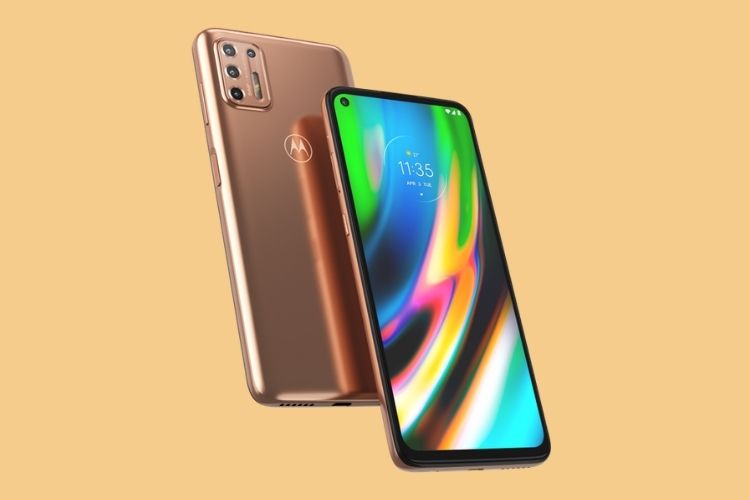 Merely a couple of weeks after the launch of the standard Moto G9, the company has unveiled the Moto G9 Plus in Brazil on Thursday. We recently saw a slew of leaks and rumors online for this variant, which has finally gone official. It includes a punch-hole cutout, a 64MP quad-camera array, a gaming-centric Snapdragon chipset, and more.

The Moto G9 Plus has been priced at R$2.499,10 (around Rs. 34,500) for the single 4GB+128GB variant in Brazil. There is currently no word on the India launch of this smartphone but we expect it to arrive in the coming weeks. It will, however, not be priced as high as the conversion above. Instead, it should sit in the sub-Rs. 20,000 price bracket in India.

Moto G9 will be available to buy in two colorways – Rose Gold and Indigo Blue.

In line with a recent official leak, the Moto G9 features a huge 6.8-inch Full-HD+ LCD panel with a 2400 x 1080 resolution and HDR10 certification. You will find a punch-hole cutout at the top left, housing a 16MP (f/2.0) selfie sensor, on the front.

Under the hood, it’s the gaming-centric Snapdragon 730G chipset that powers the Moto G9 Plus. You will also find 4GB of LPDDR4x RAM and 128GB of built-in storage, expandable via a microSD card. The device runs stock Android 10 with some Moto customizations on top. 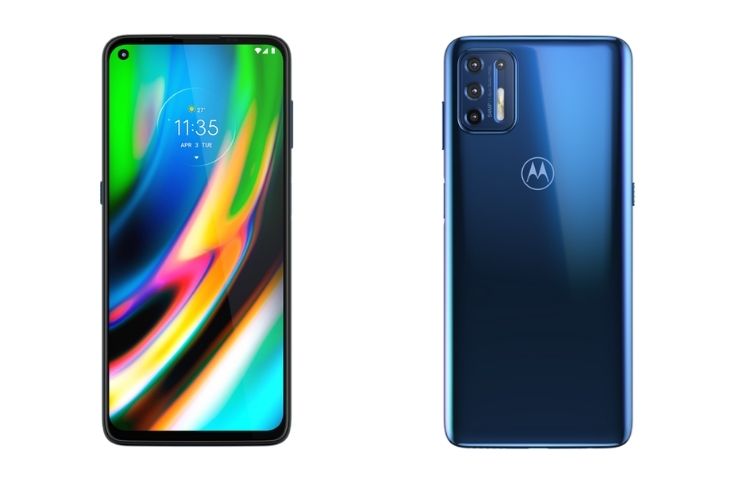 The quad-camera array on the rear includes a 64MP (f/1.8) primary sensor, an 8MP ultra-wide camera with a 118-degree FOV, a 2MP macro lens, and a 2MP depth sensor. Motorola offers an updated camera UI with the Moto Razr and it’s currently unknown whether it will reach all other phones in its portfolio or not.