An estimated 55 people were confirmed dead and more than 100 people injured from the heart wrenching attacks that took place in the Pakistan side of Wagah border yesterday.

The significant pointers regarding the Wagah border blasts are as follows:-

The people of Pakistan naturally have reacted very strongly to the Wagah border attack. Especially, social media platform like Twitter has taken a special liking from the people to pelt out their frustrations against the Government and the perpetrators of the attack.

Twitter trends like #LahoreBlast and #SavePakistanHangTerrorists were trending after the attacks. But, one particular trend; #NawazModiJawabDo was making all the ripples on social media.

India’s Prime Minister, Narendra Modi was again targeted by Pakistanis for having a role in the attacks at Wagah border. Even though, Modi had strongly condemned the attack.

Some of the selected tweets that’ll help you understand the levels of anger by Pakistani people are as follows:-

Nawaz, why are you serving Indian agendas in Pakistan? #NawazModiJawabDo pic.twitter.com/BkNWeRFbe1

i could not blame india for this act of terrorism because i have business intrests in india :NS #NawazModiJawabDo

But, surprisingly someone who’s always attacked India; this time protected it and attacked the Government.

Any1 who blames India 4 2days #LahoreBlast is a security risk 2 safety & sovereignty of #Pakistan. #deshatgardokayjoyarhai #ghaddarhain

So, you really believe that India is behind the Wagah Border blasts in Lahore? Let us know your views in the comment section.

Recommended: These Fuming Images Of Pakistan’s Attack On India On Twitter Will Leave You In Shock 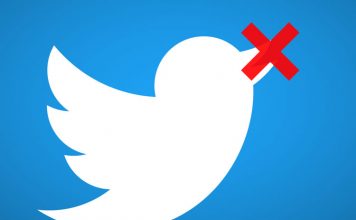 Micro-blogging platform Twitter has been asked by the Pak­istan Telecommuni­cation Authority (PTA) to comply with its requests to block objectionable content or face a...
IANS - Aug 16, 2018