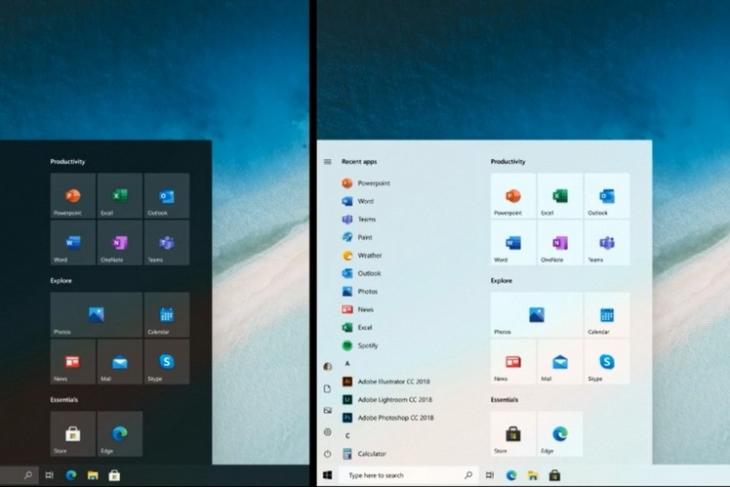 Recently, Microsoft kind of announced the death of “Live Tiles”, a feature that was introduced in the Windows Phone platform and later brought to the desktop iterations of Windows. Now, the company is reportedly considering new UI designs in Windows without the Live Tiles in mind.

Recently in a Windows Insider Podcast, a new Windows Start menu design was revealed by the company. This new design shows no trace of the Live Tiles in the Start Menu. Instead, the company is emphasizing on more flat icons with a clean look without the coloured blocks. The company is looking to decrease the “chaotic” colours and add more uniformity to the icons. According to Microsoft, less colours in the Start Menu will help users to locate apps more easily. This new design is part of the new “Fluent Design” UI language and Microsoft has explained all about it in their official website.

One of the icon designers, Mike LaJoie said, “The idea is to visually unify the Start menu, from a somewhat chaotic color, to something a bit more uniform,”

Now, the company has already unveiled Windows 10X for the Surface Neo and Surface Duo without the Live Tiles. However, the senior program manager in the Windows Insider Team, Brandon LeBlanc, has reassured that the live tiles are here to stay for those who love them. Although it seems that the company will still let go of the feature at some point in time in the future.

So, what do you think about getting rid of the Live Tiles from Windows? Are you happy? Are you sad? Either way, let us know down in the comments.