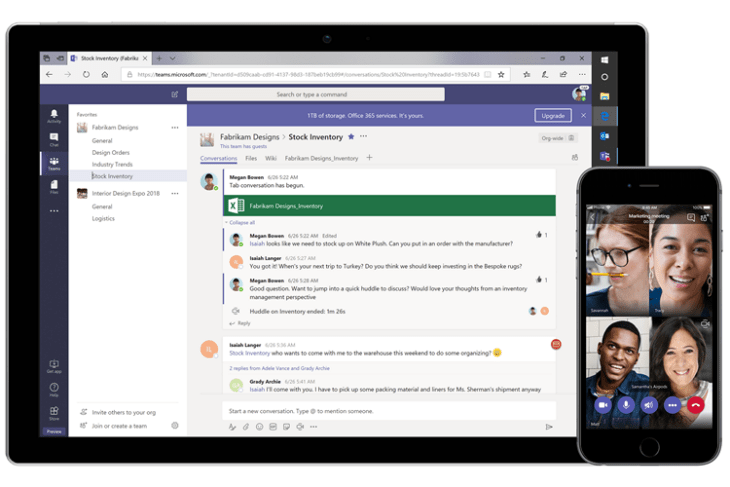 At its digital event on Monday, Microsoft announced a free version of its ‘Teams’ collaboration software. Available globally in 40 languages with immediate effect, the new version was designed for small businesses and groups of coworkers that don’t have access to their company’s commercial Office 365 subscriptions. Teams is available as part of Microsoft’s Office 365 suite that has just been rebranded to Microsoft 365.

In an official blog post, Microsoft said that the free version will be ideal for freelancers and small business owners. Available for up to 300 people, the free version comes with a slew of features, including unlimited chat, built-in audio and video calling for individuals and groups, 10 GB of team file storage plus additional 2 GB per person for personal storage and real-time content creation with Office Online apps, including Word, Excel, PowerPoint and OneNote.

The free version of Microsoft Teams is also integrated with more than 140 business apps, including Adobe, Evernote and Trello. It also enables users to communicate and collaborate with anyone inside or outside their organization, backed by Microsoft’s secure, global infrastructure, the company said.