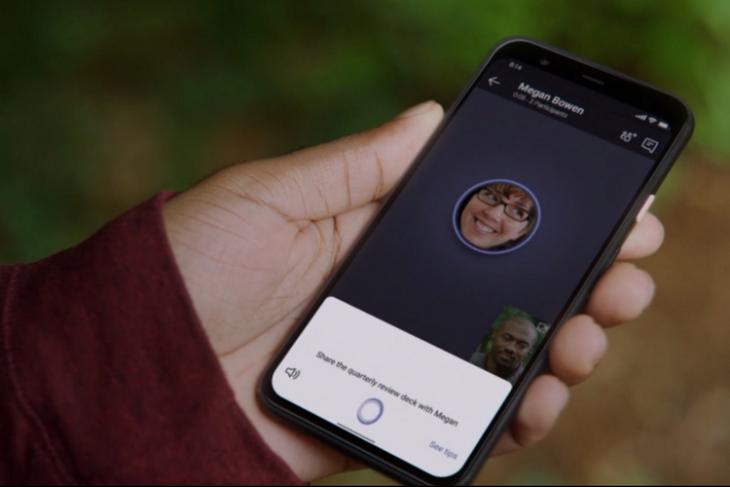 Earlier in July, Microsoft promised to bring Cortana to Teams on iOS and Android and now, with the latest update to Teams on iOS, the company has added Cortana into the mix. With Cortana, users can easily make calls and issue voice commands to send messages & join meetings.

“Cortana uses AI and the Microsoft Graph to provide voice assistance in Teams. To stay connected to your team even when you have your hands full, you can ask Cortana to make a call, join a meeting, send chat messages, share files, and more. These voice assistance experiences are delivered using Cortana enterprise-grade services that meet Microsoft 365 privacy, security, and compliance commitments,” says Microsoft.

According to Microsoft, Cortana will be available for Microsoft 365 Enterprise users in the U.S. in English. Going by the changelog on Apple’s App Store, Microsoft Teams version 2.0.21 brings Cortana support. Below is the official changelog for the update:

The company has also added a few new features on Android. Notably, there is an option to reduce the data used while you’re in video calls. This will be convenient if you’re in an area with limited connectivity or you have a metered internet connection. The update also brings a daily agenda view that shows upcoming meetings. The entire changes are listed below:

Microsoft Teams is available to download on both Play Store and the App Store. If you’re already a Teams user, you can simply update the app to start using the new features.