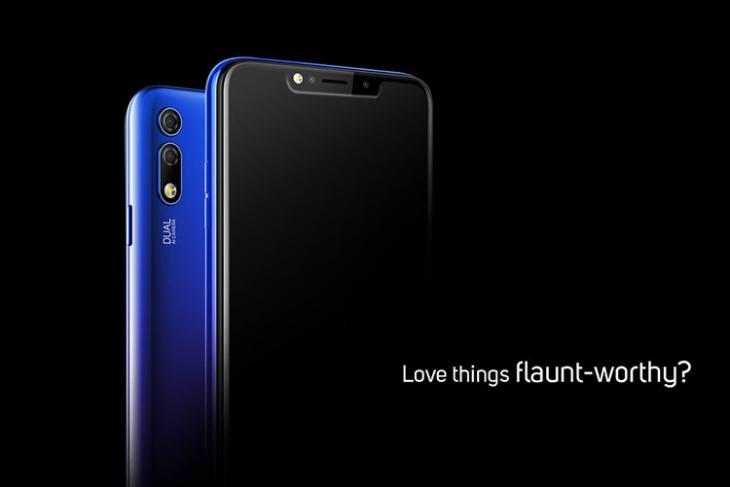 Once the market leader in India, Micromax is all geared up for a comeback and recently revealed its plans to launch a new budget-oriented smartphone. The launch for this smartphone has been scheduled for next week but the phone-maker has already begun teasing it.

We can clearly discern a few features of the new smartphone from the teaser shared on Twitter. Notably, the Micromax smartphone will come with dual cameras on the back – which give you the false impression of triple cameras at a quick glance – as well as on the front. Secondly, cameras on both sides get LED flash to complement the dual cameras.

Moreover, while this is somewhat evident from the image itself, Micromax has mentioned “notch” in the caption, confessing that the upcoming smartphone will come with a notch. This notch looks identical to those on smartphones such as the latest iPhones, Xiaomi’s Mi8 and Poco F1, and Nokia 8.1. The large size is justified by the dual selfie cameras and a flash on the front.

As for the utility of these dual cameras, we’re not too certain as Micromax has spared no detail. However, the rear camera comes with an etching, “Dual AI Camera”, which suggests that Micromax is banking on auto-settings features for photography

Another noteworthy element of this teaser is the back design which looks somewhat like glass. Further, the back has a gradient color, much similar to the Huawei Mate 20 Pro – although not as premium looking. The gradient does give the upcoming Micromax device a striking appearance although we’ll be in a better position to judge that once we get to hold the smartphone.