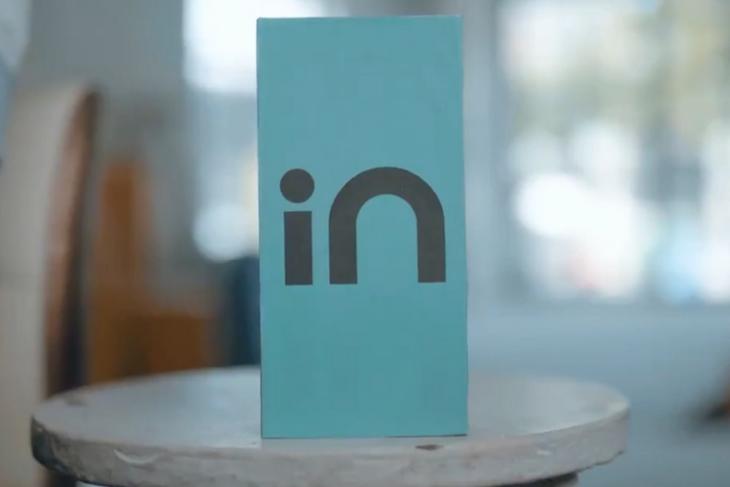 After teasing its plans to make a comeback to the smartphone business twice over the past few months, Micromax has finally taken to Twitter today to announce a new ‘In’ smartphone series for India.

The company shared a short video with Micromax’s co-founder Rahul Sharma (also known for his EV startup Revolt) talking about the rise and fall of Micromax. He then goes on to cite PM Modi’s ‘Atmanirbhar Bharat’ campaign and how it encouraged him to revive the homegrown smartphone brand.

In the same video, Sharma revealed the name of Micromax’s upcoming smartphone series and showed off the retail box as well. Take a look at it below.

Separately, in an interview with YouTuber Technical Guruji, Rahul Sharma revealed that the devices in the company’s ‘In’ series will be ‘performance-oriented’. He also went on to say that the handsets will be targeted at gamers.

In terms of software, Sharma promised that the In series will provide a near Android experience. More importantly, he assured that the devices will not have ads or pre-installed bloatware. This is a good thing since most budget smartphones from Chinese brands have ads, which are also inappropriate at times.

Micromax seems to be concentrating on the Rs. 7,000 to Rs. 15,000 and above price segment for now. The first smartphone in the ‘In’ series will launch in early November, according to Sharma. A Geekbench listing from last month suggests that the first device will be called Micromax In 1A and will pack MediaTek Helio P35 or G35 chipset, 4GB RAM, and Android 10.

As you might recall, Micromax had its glory days back in 2014 when the Indian phone market saw less competition from Chinese brands. However, the situation is certainly different now, and there are a lot of options to choose from. Considering the anti-China sentiments prevalent in the country, there has never been a better time for Micromax to resurrect itself. It will be interesting to see if Micromax manages to capitalize on this opportunity to bounce back in the smartphone industry.