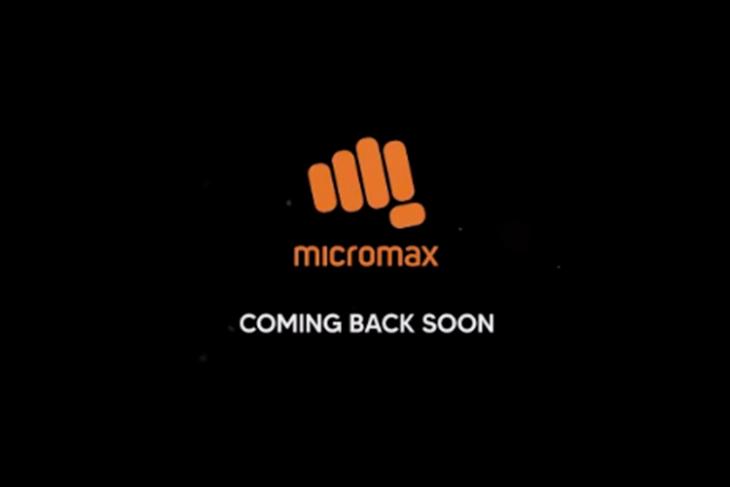 Back in June, Micromax started teasing that it was working on something big. The company took to Twitter to respond to a number of users with statements such as “A device with premium features, thoroughly modern look and budget friendly, how does that sound????? Stay tuned.”

While the company was expected to launch something by now, production delays have reportedly put a spanner in its plans. However, Micromax co-founder Rahul Sharma said in a recent interview with ET that the company will be making a comeback soon. And this time, Micromax is going to count on the government’s PLI scheme to bounce back into the market.

For the unaware, the PLI scheme of the Indian government offers manufacturer’s cash based incentives on sales of locally produced devices. Micromax seems well poised to take advantage of this and produce smartphones to challenge the status quo of the Indian budget and mid-range smartphone market.

In fact, Micromax tweeted a teaser on August 15th as well, hinting at its comeback.

73 years of independence or being in dependence?
On our 74th Independence Day, let's stop being doosron pe nirbhar and become truly Atmanirbhar.
Are you ready to join the revolution with us?#AtmaNirbharBharat #JoinTheRevolution #IndependenceDay #स्वतंत्रतादिवस pic.twitter.com/7O5Y8JrbAM

Moreover, reports suggest that Micromax will be launching phones as early as next month. The company is planning on launching phones under the Rs. 15,000 price bracket and will take on brands like Xiaomi and Realme. Also according to reports, Micromax will use MediaTek chipsets for its smartphones, and will launch them with the latest version of Android. That’s certainly good news for the company. However, what’s better is that Micromax will likely ensure timely software updates as well.

It remains to be seen if Micromax can mirror the success its competitors have found in the Indian smartphone market. However, with the current political climate, the company certainly has the chance to earn back its customers.