macOS 10.15 has finally been announced by Apple, and it brings along a bunch of new features and performance improvements to the Mac. We’ve been playing around with macOS Catalina since the keynote ended, and here are 11 new macOS Catalina features and changes you should know:

Apple finally realised that the company was making iTunes do too many things and it was quickly becoming a cluttered mess of a software. So, iTunes has been split into three separate apps, all of which focus on a particular use-case instead of trying to be a one-stop solution for too many problems. 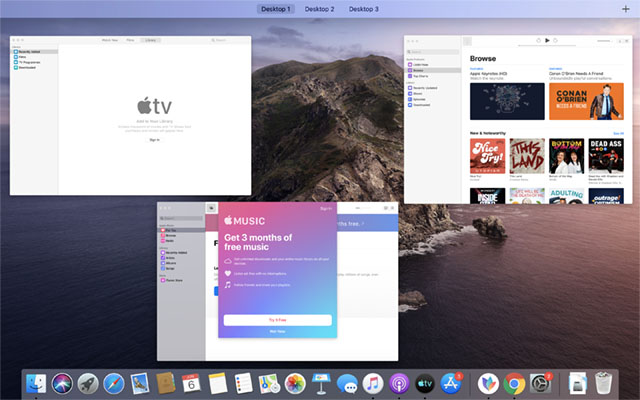 With macOS Catalina, you’ll get three apps called ‘Music’, ‘Podcasts’, and ‘Apple TV’ all of which are pretty self-explanatory as to what they’ll do. Also, if you’re wondering how you’ll sync your iPhone and iPad now that iTunes is dead, well, you’ll now see those devices connected to your Mac in the Finder, and you can sync, update, restore, and backup your devices with just as much ease as with iTunes.

Apple has also brought over Screen Time from iOS to macOS Catalina, so you can monitor your Mac usage with ease, and even make use of all the Screen Time features that are available on iOS. You can set app timers to ensure you don’t spend too much time on distracting apps, and you can use Downtime to ensure you catch up on your sleep. It’s a pretty handy tool to get a bird’s eye view of your Mac usage, and control it if needed. 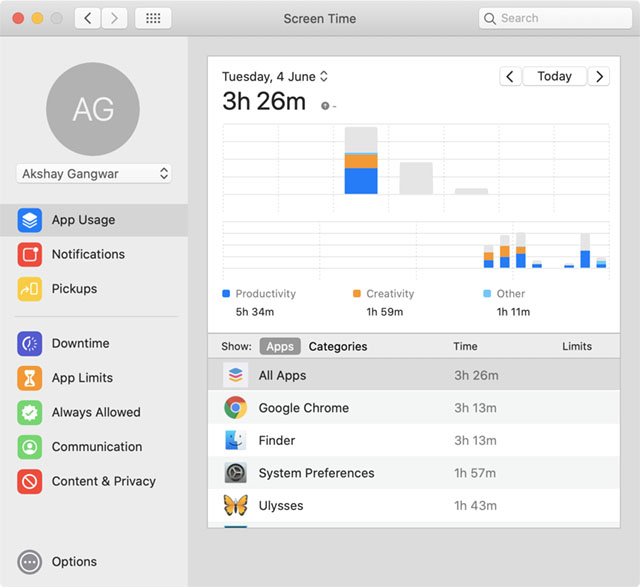 Screen Time is turned off default, but you can enable Screen Time on Mac pretty easily, and get started with tracking your Mac usage.

Find My is a new app that brings both Find My Mac, and Find My Friends into one single place. With Find My, you can always locate your Mac, and Apple has improved this to ensure that if your Mac gets stolen, you can find its location even if its turned off! According to Apple, your MacBook will now act as a low energy Bluetooth beacon, constantly sending out small packets of information to nearby Apple devices, and these devices will act like a mesh network of sorts to relay the location of your MacBook back to you, making it easier to find a lost or stolen laptop.

The company also mentioned that the information sent out by your MacBook will be encrypted and anonymous so you don’t have to worry about your privacy being violated.

Among some of the coolest things that Apple showed off in macOS Catalina, Voice Control is an accessibility feature that makes it easier for users with motor-disabilities to use their Mac (and their iPhones as well) using just their voice. Users will be able to control everything on their Mac using just their voice, and it’s just amazing.

While Voice Control isn’t yet available in the first developer beta for macOS Catalina, you can check out the official video demo to see what it works like.

5. Use iPad as a Secondary Display

For a long time, apps like Duet have existed in the App Store for the sole purpose of allowing users to use their iPad as an external display for the Mac. Well, macOS Catalina comes with a feature called Sidecar, which is basically Duet, but it’s now natively supported by macOS.

Sidecar will allow users to use their iPad as a secondary display for their Mac, and it works both wired, and wirelessly, which is just awesome.

In conjunction with Find My, macOS Catalina is also bringing Activation Lock as we know it from iOS, to the Mac. With Activation Lock, if someone steals your Mac, they won’t be able to get it to work until you log in with your Apple ID.

Activation Lock will be available on MacBooks that come with the T2 security chip.

macOS Mojave brought dark mode to the Mac, and with macOS Catalina, Apple has added automatic switching between light and dark modes. The option is available in the ‘General’ tab in System Preferences, and will automatically switch between the Light theme and the Dark theme based on the time of the day. 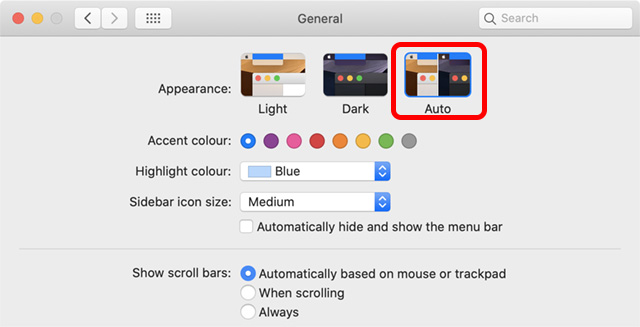 This should come in handy for people who like to use the dark mode at night, but prefer sticking with the default light theme for the rest of the day.

The Notes app has been revamped in macOS Catalina, and it now brings a new ‘Gallery’ view for all your notes. While I personally don’t use Notes a lot, the Gallery view should come in handy for people who have a lot of notes. With the Gallery view, finding the exact note you’re looking for should be easier.

Apple has also brought new features to the Photos app to make the experience similar on iOS and the Mac. Photos now intelligently shows up photos that are more meaningful to the user, and also customises the photos it shows based on important events in your life. To take the example given by Apple on stage last night, Photos will show up pictures of your child if it’s their birthday, and it will surface pictures of you and your SO on your anniversary and so on. Basically, Apple is making Photos a smarter way to not only organise, but also experience your captured memories on the Mac. 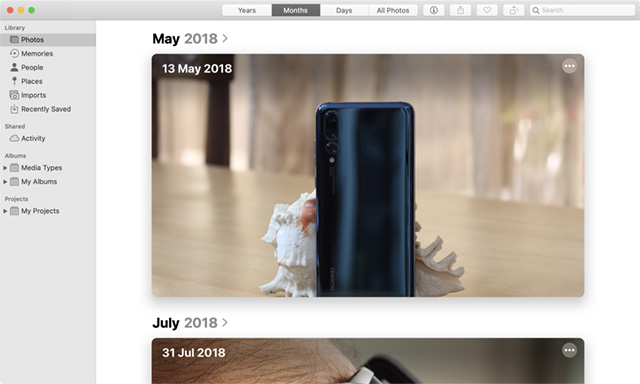 The Reminders app has been completely overhauled, with a new design that looks and feels a lot better, and natural language processing so you can write something like ‘check car tyre pressure tomorrow’ and it’ll automatically set the reminder for the next day. Apple is clearly hoping to make the default Reminders app compete against third party options, and this new Reminders app is a good step forward towards that goal. 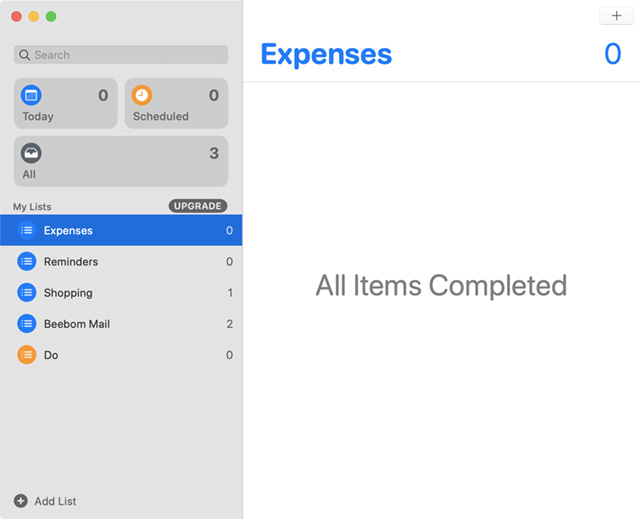 macOS Catalina: A Great Next Step for the Mac

With macOS Catalina, Apple is taking some big, important steps to make the Mac even better than it already is. With things like an automatic dark mode, redesigned and improved apps, an improved Find My Mac feature that works even if your Mac is offline, and more, macOS 10.15 Catalina is definitely a worthy upgrade for your Mac. Right now, there’s a developer beta for macOS Catalina available for anyone with an Apple Developer account, with a Public Beta scheduled to be released in July. The stable version of macOS Catalina will be launching in the fall.