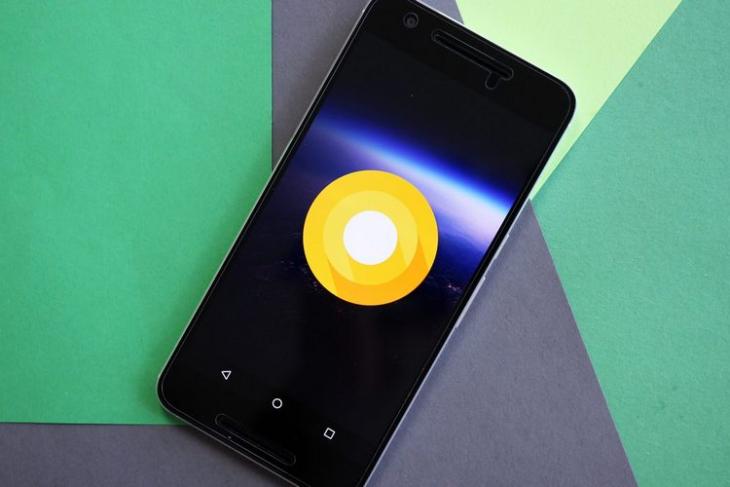 Note: This is not a finalized list of smartphones that’ll receive the Oreo update, and will continuously be updated as we learn more about the rollout from different phone makers. You can press Ctrl+F and type the name of your device to see if it has been listed below.

Being the market leader, Samsung is already testing the waters with the release of its Oreo beta for Galaxy S8/S8 Plus users across the U.S, U.K, and South Korea. You can download the Samsung Members or Samsung+ mobile app to register for the ongoing Experience 9.0 program.

LG has also just recently launched its “OS Preview” beta program to enable V30 users in South Korea to try out Android 8.0 Oreo right away. The users have also reported sightings of LG G6 devices running the latest Android Oreo builds in the wild. Here are all LG devices expected to receive Oreo:

The Finnish giant has recently made its comeback to the smartphone ecosystem, this time with Android, has an edge over other hardware makers. It is providing a stock-like Android experience to its users and has already revived the Oreo Beta Labs programme on its Nokia 8 flagship.

Though Lenovo-owned Motorola has announced the list of devices that will be updated to Oreo, it hasn’t provided a timeline for the release. There is no beta program you can join for testing the updated software.

The Chinese hardware maker has only confirmed the K Series to be getting Android Oreo but the timeline for the release is particularly hilarious. Lenovo states that the update will land in June of next year, i.e 8 months from now.

OnePlus is known to move swiftly to test upgraded Oxygen OS builds, along with a defined schedule to roll out the closed and open beta programs. It is currently seeding the Oxygen OS Android Oreo beta for select owners of the OnePlus 3 and 3T.

The Taiwanese smartphone maker has announced that both of its ZenFone 3 and ZenFone 4 series will receive Android 8.0 Oreo, coupled with the upgraded ZenUI 4.0, in the coming weeks. All Asus devices that’ll most likely receive the Oreo update are:

Huawei is releasing the new Mate 10/Mate 10 Pro with Android 8.0 Oreo in tow and it is expected to drop the update for its below-mentioned lineup a month post the release of the flagship device.

There is currently no official word about the Android 8.0 Oreo update but the company’s flagship devices will surely receive the same.

Keeping in line with its timely update cycle, Sony has already announced the Xperia devices that’ll receive Android 8.0 Oreo in the coming weeks. It has begun testing the Oreo beta on its Open Devices program, which gives a few Xperia owners a chance to try out their latest update. Here’s the complete list of the same:

HTC has only revealed that three of its devices will receive the Android 8.0 Oreo update but there is no word on the release timeline at the moment. A beta testing program hasn’t also been announced.

Andy Rubin, the father of Android, also released his first device known as Essential Phone PH-1 earlier this year. In their Reddit AMA, the company has promised that Essential Phone PH-1 will receive the Android Oreo update and the public beta is expected to go live in the coming weeks.

Though Xiaomi hasn’t put out any official word, it’s usually late in seeding Android updates for its devices. The Mi A1, which is on the Android One payroll, seems to be the only device by Xiaomi that’ll receive Oreo by the end of this year. It is expected to roll out Android Oreo update for the following devices:

There is only one Blackberry device, the flagship KeyONE, that’ll receive the latest Android 8.0 Oreo update while the rest of the older-gen lineup won’t receive any gratitude from the licensed manufacturers.

Google’s hardware devices, be it the older Pixels or the second-gen Nexus 5X and 6P, have already received Android Oreo while other smartphone makers are testing their variants of the mobile operating system. If your device is presently not listed above, do check back for updates on regular intervals.