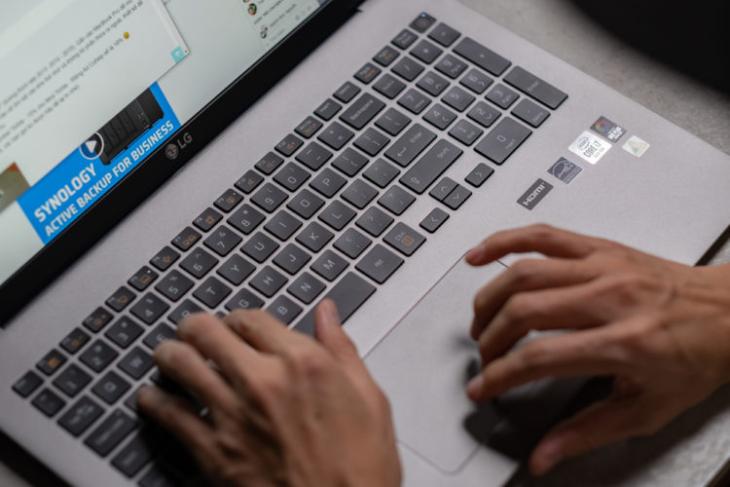 Over the past year, we have not only seen a variety of foldable phones but a handful of foldable laptop concepts surface as well. Technology giants are now looking past these foldable form factors and LG is no stranger to this concept. The Korean giant is already offering a high-end rollable TV and is gearing up to bring a rollable smartphone to the market next year. Now, a patent filing suggests that LG might be looking to apply this idea to future laptops as well.

This patent, titled ‘Portable electronic device having rollable display structure’, talks about a chunky wand case-like structure (resembles a tiny soundbar) that will house a rollable laptop display. This patent was first spotted by RootMyGalaxy. LG details that users will be able to unfurl the display and use it anywhere between 13.3-inch to huge 17-inch screen size. The company enables the same functionality with its rollable TV, where you can only unfurl one-third of the display while listening to music.

As you can see in the image above, LG will bake a power button on the right side of the display enclosure. There is no mention of the CPU and other hardware components in the patent. Will they be baked into the display enclosure or sit in the add-on keyboard accessory? I believe it will be the former as the company will enable you to control the device using touch. But, you can attach a keyboard accessory for added precision.

Prior to this, we already saw LG patent a smartphone form factor where the screen can be extended to achieve a tablet or foldable laptop form factor. The company is expected to launch this smartphone as part of its Explorer Project in March next year. If rumors are to be believed, it will be called LG Rollable – pretty straightforward.

The LG Rollable will sit alongside LG Wing and might be similar in functionality to the Oppo X 2021 concept phone that was shown off in China just days ago. Now, it will be interesting to see whether the company can apply its rollable TV technology to laptops. Would you be interested in carrying a boxy wand with a rollable display and keyboard case to work?