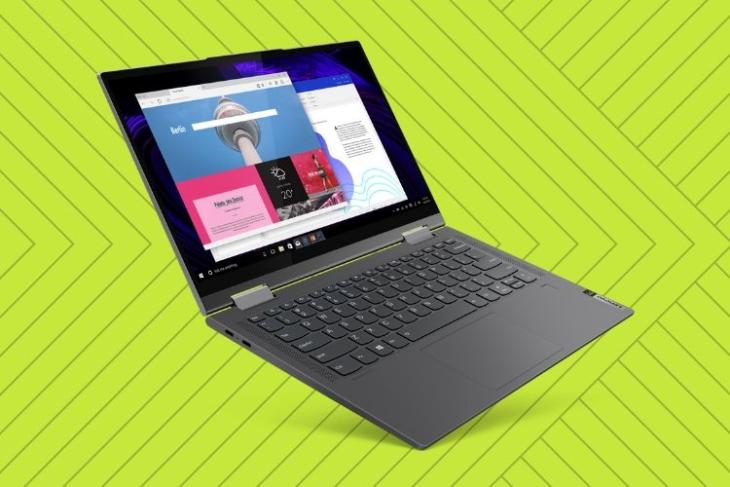 Lenovo Yoga 5G could have been the first laptop to be powered by the Snapdragon 8cx platform but the Samsung Galaxy Book S beat it to the punch last year. It’s also not the first 5G-enabled laptop as Dell and HP took the crown in that department. But, Lenovo’s Yoga 5G is the world’s first 2-in-1 convertible to be powered by the Snapdragon 8cx 5G compute platform – the complete deal.

This laptop looks like any other Lenovo convertible on the outside. It boasts a premium aluminum and soft-touch magnesium build, weighing in at around 1.3 kgs. There’s a 14-inch Full-HD IPS LCD touchscreen display with narrow bezels and support for up to 400 nits of brightness. 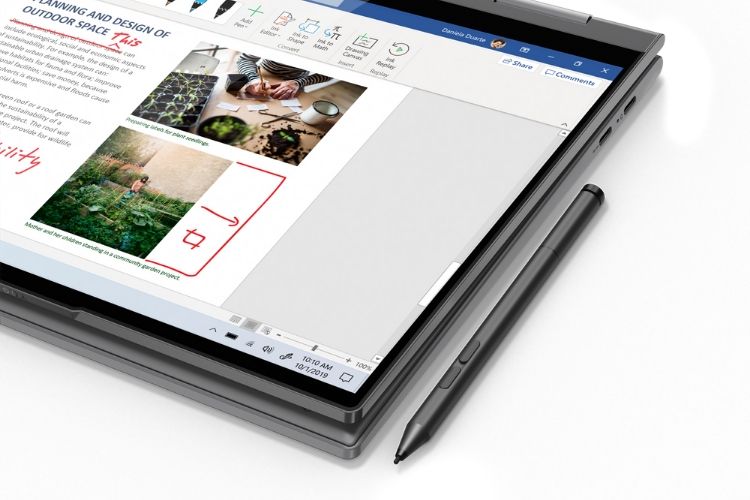 The laptop also includes the Snapdragon X55 5G modem onboard, which supports both millimeter-wave and sub-6GHz 5G networks. There are 9 built-in antennas and Lenovo claims to offer download speeds of around 4Gbps with Yoga 5G. You even have the Qualcomm Adreno 680 GPU on board to handle some graphics-intensive tasks such as photo editing (where you can also use the bundled digital pen) and casual gaming. The chipset is coupled with 8GB of RAM and up to 512GB of storage.

One of the primary benefits of Windows-on-ARM is low power consumption. The Lenovo Yoga 5G laptop includes a 60WHr Li-Po battery that the company claims should last the users a complete day. Yes, it claims a 24-battery life in the official blog post. There’s support Dolby Atmos and IR camera, along with a slew of ports including 2 USB Type-C ports, nano-SIM card slot, and a headphone jack.

Lenovo Yoga 5G has been priced starting at $1,499 and will go on sale sometime in Spring later this year. That’s slightly exorbitant for an ARM-powered Windows machine, however, we will have to see how the market for this category develops in 2020.