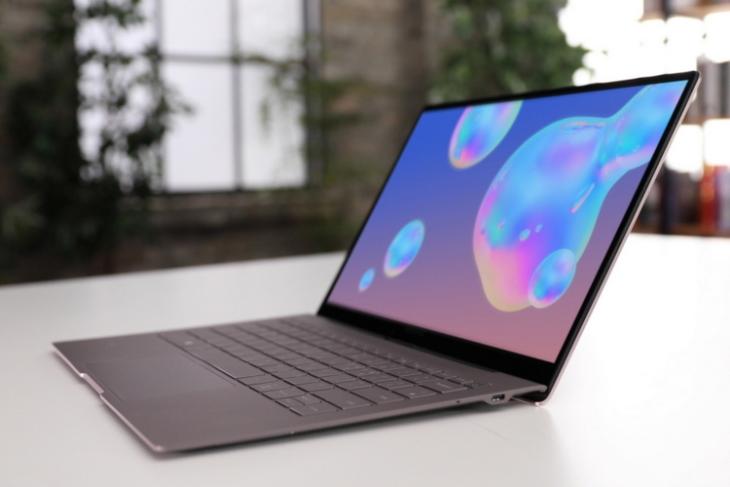 Alongside the Galaxy Note 10 and Note 10+, Samsung on Wednesday also unveiled a premium, always-connected Windows 10 laptop called the Galaxy Book S at its Unpacked 2019 event in New York. The device comes with Gigabit LTE connectivity and is powered by a Qualcomm processor with a super-efficient 7-watt TDP. In its official press release, Samsung described the laptop as an “always-on and always-connected” computer with touch-to-wake capabilities for instant access.

The Galaxy Book S features a 13.3-inch FHD TFT touchscreen with 10-point multi-touch support and a 16:9 aspect ratio. As rumored earlier, it’s powered by a 7nm 64-bit octa-core processor based on the Snapdragon 8cx platform. The chip comes with Kryo 495 CPU cores clocked at a maximum of 2.84GHz. It also comes with an integrated Adreno 680 Extreme GPU that supports DirectX 12 APIs, has a 128-bit-wide memory interface and can drive two 4K HDR external displays with up to 120fps 4K HDR video playback.

Other key hardware specs include 8GB LPDDR4X RAM, 256GB / 512GB SSD storage options and a 42Wh battery that the company claims will last for up to 23 hours of video playback on a single charge. Connectivity options include Cat.18 LTE, dual-band Wi-Fi 802.11ac, Bluetooth 5.0, USB Type-C, GPS, Galileo, Glonass, BeiDou and more. Sensors include a fingerprint scanner, a hall sensor and an ambient light sensor that can switch on the keyboard backlight on and off accordingly.

The Galaxy Book S will be available in two color options – Earthy Gold and Mercury Gray – beginning this fall. It has been priced starting at $999 (around Rs. 70,000) in the US for the 256GB model, but there’s no word yet on whether it will even make its way to India.