Skip to content
Home Gaming How Legend of Zelda: Breath of the Wild is Getting Me Through Lockdown

The Coronavirus lockdown feels like one long, extended vacation, and not necessarily in a good way all the time. After all, normally during a vacation I wouldn’t be staying home all day, worrying about wearing a mask every time I step out of the house, and sanitising every package I receive like a paranoid person. Alas, that’s where we are these days. No going out further than is absolutely necessary, and definitely no traveling.

During this time, it’s harder for me to pass the time. See, normally I spend most of the day at work (and not always working). We hang out, we play games, we have fun, and the day passes by like a breeze. That’s impossible these days. And believe it or not, I have watched almost every TV show and movie I have ever even thought about watching.

So, when I suddenly remembered around a month ago that I still had the Nintendo Switch from work with me, I decided to get back on the horse and play Breath of the Wild some more. After all, when I tested that thing out, I didn’t really finish the game. Perfect time to get such things off the bucket list, right?

However, soon after I jumped back into Legend of Zelda, I realised that the game offers a lot more than just defeating Ganon and saving the princess. It’s an open world game, that offers you the chance to pretty much do whatever the hell you fancy.

So, for the last month or so, I have been playing this game, and it’s so much more fun when you play it to not really finish the game. Now, sure, I spent a couple weeks just exploring the map, unlocking some regions I didn’t unlock before, fighting new kinds of enemies and figuring out how to defeat that stupid Guardian Scout in that one shrine I am yet to beat.

But then I stumbled upon a video showing some glitches in Zelda, and how to exploit them to essentially give yourself more things to work with. See, BoTW is a lot like life. You don’t get an excess of any resource, and when you do, you have to work quite hard to get them. There are also no cheat codes to get an unlimited amount of arrows or hearts or anything else, really. What’s more, even the weapons you do collect, break quite frequently. Glitches however, offer some fun ways to pass the time.

For example, I could take a multi-shot bow (which I didn’t even know existed because I hadn’t played the game enough) and shoot at a particular place in Kara Kara Bazaar and get basically a bunch of extra arrows. Or, I could head over to an island far off the coast and find extra arrows that constantly re-appear if you load the game again. 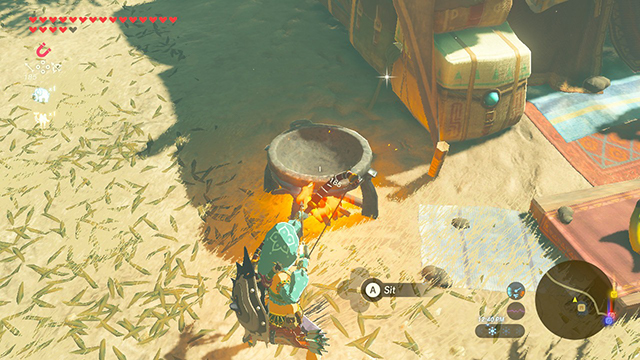 There are also more challenging glitches to work out. Such as moving one of the four dynamically loaded Guardians on the map to a different location so that they basically spew an infinite number of ancient materials that you need to upgrade your weapons, or get new ones. That one was particularly difficult, because the game crashes quite often with that glitch.

But it gave me a great way to pass the time when I got off work and wondered if I should watch FRIENDS for the millionth time, or watch Schitt’s Creek all over again (by the way, I recommend that show, it’s hilarious).

I’m still nowhere close to finishing Legend of Zelda. I have only unlocked two of the four Divine Beasts that I need before I can take the fight to big bad guy Ganon. But I’m in no hurry. Because walking, horse-riding, swimming, or even gliding around this map is just so much fun, I would rather do that instead. Plus, who doesn’t like foraging in the woods for random mushrooms that give you extra defence, or that particular blue bunny that I am yet to catch even once?

My point is, Legend of Zelda as a game is so much more than a series of missions you complete to finish it. If played in a different way, it’s pretty much like going out into the wild and learning to train horses and fight monsters. And honestly, that feels more fun to me than sitting and binge-watching Netflix. I have never felt this way about a game, but I’m sure when I finish BoTW, I will honestly miss it.