Reliance Jio is now celebrating the second year of its arrival in a way that underlines how it has gone about its business so far – by offering free data to Jio subscribers.

A Jio spokesperson told Beebom that the free data vouchers will be listed on the MyJio app in the My Plans section. As for the free data, it will be credited in a batch of 2GB additional data per day four times a month. It appears that the Jio Celebrations Pack is being rolled out in a phased manner. 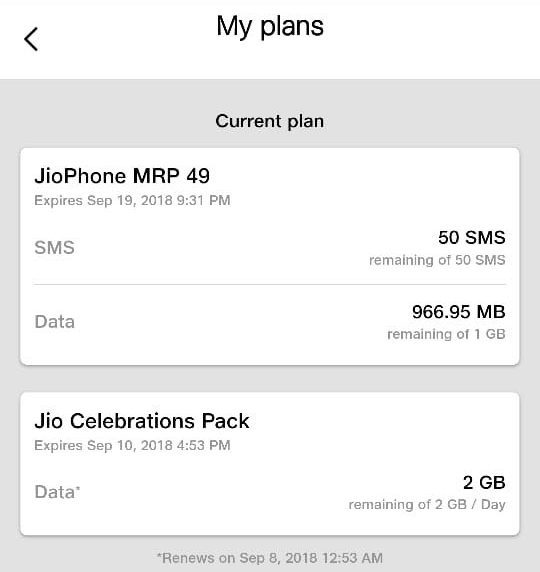 As for the milestones reached in two years, Jio revealed that the company currently has over 215 million customers and has set a record by adding 7 customers per second to reach 100 million customers in less than 6 months, the fastest subscription rate clocked by any technology company across the globe, Jio claims.

“Jio is determined to take India to be among the top-5 in broadband connectivity, both for mobility as well as fiber-based wireline connectivity. It has built future-proof networks and will continue to deliver the most advanced technologies to its customers for decades to come”, the company said in a press statement.