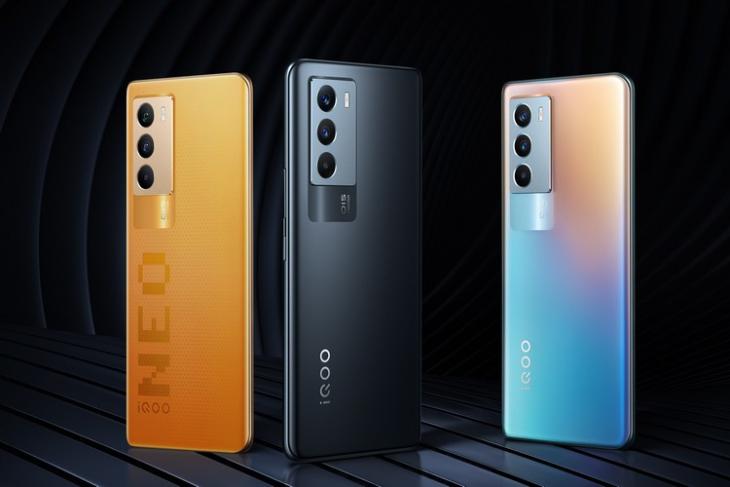 After recently launching the iQOO Neo 5, iQOO has now introduced two new smartphones, the iQOO Neo 5S and the Neo 5 SE, as part of the Neo 5 series in China. Both the devices come with Qualcomm Snapdragon 800-series chipsets, high refresh rates, fast charging speeds, and more. Here are all the details.

Starting with the higher-end iQOO Neo 5S, the device comes with a design similar to the iQOO Neo 5 with a rectangular rear camera bump and a punch-hole screen. The device’s back panel gets a big “Neo” branding similar to the Neo 5 and even the Realme 8 series. However, the camera bump on the Neo 5S is now color-matched, unlike the black-colored module on the Neo 5.

There is a 6.62-inch Full HD+ AMOLED display with support for a 120Hz refresh rate on the iQOO Neo 5S. It boasts a 91.4% screen-to-body ratio, 20:9 aspect ratio, and features a center-placed punch-hole to house the front camera. The phone is powered by the Qualcomm Snapdragon 888 chipset, which is last year’s flagship mobile platform. It packs up to 12GB of RAM and up to 256GB of internal storage. There is also a 4,500mAh battery inside with support for 66W fast charging.

Speaking of the cameras, the Neo 5S comes with a triple-camera setup at the back, including a primary 48MP camera with OIS, a 13MP ultra-wide lens, and a 2MP macro sensor. There is a 16MP punch-hole camera at the front for selfies. The phone runs the Android 11-based Origin OS Ocean skin and comes with 5G support, an in-display fingerprint scanner, facial recognition, USB Type-C port, NFC, and more. The iQOO Neo 5S comes in three color options, namely Orange Light, Night Space, and Sunset Canyon.

The iQOO Neo 5 SE, on the other hand, is a mid-range model under the Neo 5 series. It gets the same design as the Neo 5S sans the big Neo branding. It sports a slightly bigger 6.67-inch display with support for a 144Hz refresh rate, compared to the higher-end model. But, it is based on an IPS LCD display panel. It has a 91.36% screen-to-body ratio and an aspect ratio of 20:9. It is powered by a Snapdragon 870 chipset, much like the Neo 5.

At the back, the iQOO Neo 5 SE features a triple-camera setup, including a 50MP primary camera, an 8MP ultra-wide sensor, and a 2MP macro lens. The primary 50MP lens supports up to 10x zoom and can record videos at up to 4K. The front camera stands at 16MP.

Much like its elder sibling, the iQOO Neo 5 SE gets up to 12GB of RAM and up to 256GB of internal storage. There is also a 4,500mAh battery inside with support for 55W fast charging. It runs the Android 11-based Origin OS Ocean and comes with a side-mounted fingerprint scanner, 5G support, a 3.5mm audio jack, USB Type-C port, and more. It comes in three colors: Rock Crystal White, Mine Shadow Blue, and Phantom Color.

Both the iQOO Neo 5S and the Neo 5 SE come in three RAM+storage configurations. Here’s a look at their prices:

The iQOO Neo 5S and Neo 5 SE are currently exclusive to the Chinese market and available to buy from iQOO’s official website in China. There’s no word on their availability in India just yet.