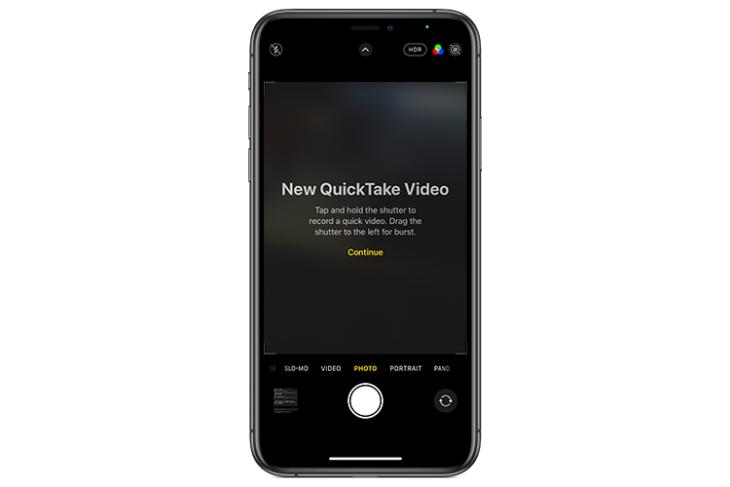 The first iOS 14 developer beta is here, and there are a bunch of features that Apple didn’t get to announcing at the keynote. One of the minor changes is an improvement for older iPhones. iOS 14 brings some camera features from the latest iPhone 11 series of smartphones back to older iPhones in the wild.

This includes the QuickTake feature. Announced for the iPhone 11 and iPhone 11 Pro, the feature works like most social media apps’ cameras do. You can tap the shutter button to click a picture, of course. However, you can long press the shutter button to start recording a video clip. This feature didn’t make its way to older iPhones originally. However, with iOS 14, QuickTake is available on the iPhone XR, iPhone XS, and iPhone XS Max. The feature still won’t be available on the iPhone X, or any other older iPhones, by the way.

Along with the QuickTake feature, the camera app UI is also changing a bit. Most importantly, all iPhones now have the quick video resolution and frame rate toggle right in the camera app. This feature was also originally kept exclusive to the iPhone 11 series. Now, however, you can tap and change video resolutions on the fly. This means you no longer need to head into Settings every time you want to switch between 4K and 1080p videos.

What’s great is that this feature is available on all iPhone models that support iOS 14. So even if you’re using an older iPhone, you will still get this handy feature. One that honestly should’ve been there all along.

So what do you think about QuickTake making its way to the iPhone XR and iPhone XS? Is it a feature you wanted on your iPhone as well? Let us know in the comments.