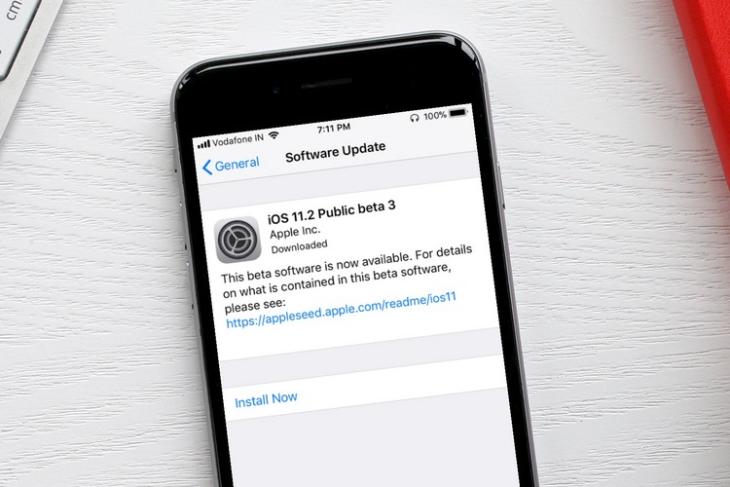 Everybody is talking about the new iPhone X and the reviews are dropping every day. Our own review is live which you can check out here. However, the hype of iPhone X has overshadowed one major problem that Apple has been dealing with since the launch of iOS 11 a couple of months back. The problem is the iOS 11 platform itself. Now, before you say that every new OS update suffers from some bugs, a point I totally agree with, let me tell you that iOS 11 has been a mess from the start and it still is. Even after two months of constant bug fixes, iOS 11 is still far from perfect. It’s as if every new iOS update is fixing some bugs but at the same time generating some of its own.

This is so unlike Apple. When Apple used to release an iOS update in the past, I used to immediately update my phone as I knew that the stable version indeed will be stable. However, with the iOS 11, Apple has lost its mojo. Now, I think twice before updating my iPhone. The iOS 11 problem came into limelight with a really stupid autocorrect bug. If somehow you are not familiar with the bug, it basically autocorrected the lowercase letter ‘i’ to something which read this: “A [?]”.

Although the above-mentioned bug really highlighted the iOS 11 problem, there were many problems which plague iOS 11 devices from the start. Here are some of the common iOS 11 bugs that users reported:

Now, these are the most widely reported iOS 11 problems and there are many more such bugs which were encountered by users, but listing them will make this a really long list. Suffice to say, iOS 11 has a myriad of problems. But, after the auto-correct bug became highlighted, Apple quickly released iOS 11.1.1 to fix it and the other bugs alongside it. To me, this update seemed like the release which will finally kill all the bugs which users have been facing since updating their phones to iOS 11. Sadly, it didn’t pan out like that.

A number of users are complaining about the iOS 11.1.1 update on Twitter, Reddit, and other social media website. The biggest problem that this update brings is the battery drain. Many users are reporting that their battery life tanked after updating to iOS 11.1.1. Here are some of their tweets for your reference:

I unplugged my phone an hour ago. I made a 15 minute phone call and listened to a podcast that was already downloaded… and my phone is at 62%. Is this real life?

@AppleSupport – since my iPhone 6 has the new 11.1.1 update a full battery lasts 4hrs at my normal use!! All basic battery saving stuff checked. Help.

Needless to say, iOS 11 has turned out to be a real nightmare for Apple. Their updates are fixing and introducing bugs simultaneously. As a long time iPhone user who used to take pride in Apple’s philosophy of “it just works”, I am really disappointed with iOS 11. I think they should change their tagline to;

“Buy Apple, because it just works (well, sometimes it doesn’t, especially if you are on iOS 11, but what else are you going to buy, yeah thought so!)”