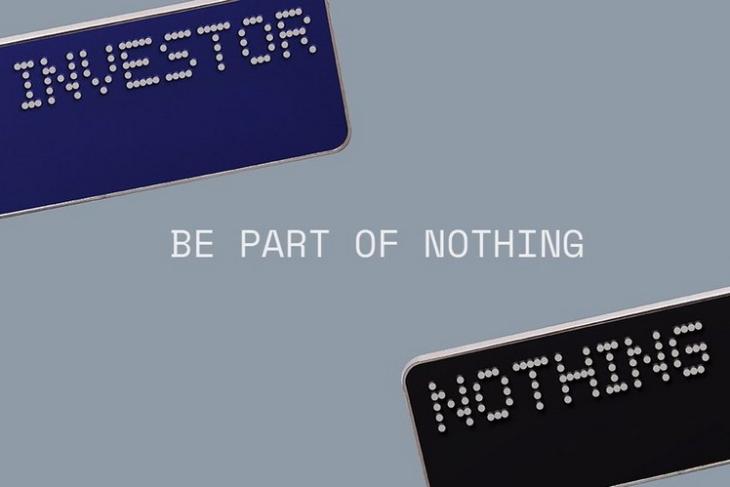 OnePlus co-founder and former CEO Carl Pei has started his fresh new venture called Nothing. The London-based tech startup, although it does not have a product out as of now, has already raised over $22 million. Well now, Pei is giving you or anyone who is interested, a chance to invest in his company and be at the core of Nothing.

The company, on Tuesday, announced that it will be initiating a community equity round early next month. It will enable anyone to invest in Nothing by purchasing shares of the company. The company aims to raise $1.5 million from its community members.

“We’ve already told you that we want to do things differently. We believe it’s time for a fresh breeze of change in the consumer tech world. What we haven’t told you is that we want YOU to get involved in the development of Nothing and our products. We want you to be at the very core of Nothing, not just cheering from the sidelines,” wrote the company.

The shares, as per the company, will be available at the same price as Nothing’s Series A funding round led by GV (formerly Google Ventures). It also added that the shares will be sold on a first-come-first-serve basis. Pre-registration for the round is already live on its official website and the investment-campaign will go live on March 2 from 10 AM GMT or 3:30 PM IST.

As recently reported by Pei (via a tweet attached below), more than 3000 users have pre-registered for the campaign only two hours after the pre-registration went live.

Over 3,000 people have registered interest for close to $4m USD in just two hours. Thanks for the overwhelming support for @nothing. 🙏

After this community equity round, Nothing will elect a community member to be one of its board of directors. This way, the elected community member can put the demands, concerns, or suggestions of the community members on the table and remind the company about “what users want”, as per Pei.

“We want our community to be part of our journey from the very start and play an active role in it,” Pei further added.

Now, although the company does not have a commercial product yet, we know that it will be releasing a pair of wireless earphones and other smart IoT devices soon. Moreover, the company recently acquired Andy Rubin’s Essential brand. So, this might mean that Nothing will come up with its own smartphone in the future.

If you are thinking of investing in Nothing (sounds kinda funny!) then we suggest you check out the FAQs before making your move. Go to the company’s official website to pre-register for the campaign.

Nothing Is Working on Over 5 New Products: Report

Nothing Phone (1) Expected to Launch in 2022; Power Bank Coming Soon

Nothing Partners with Qualcomm for New Products; Raises $50 Million Funding

Nothing to Launch ‘Ear 1’ TWS Earphones in June