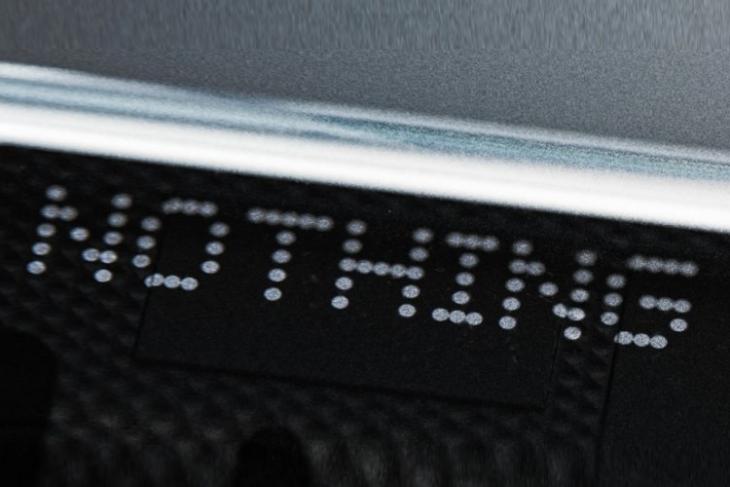 OnePlus co-founder Carl Pei has been teasing his next venture over the past couple of months. He quit OnePlus earlier in September and started work on a new company in November, securing an investment from some bigtime investors. Today, as promised, Carl Pei has announced the name of his new company and unexpectedly, it’s called Nothing.

Yeah, Nothing is the name of his new venture. We are not joking. Nothing is Carl Pei’s new consumer technology company based out of London. It was initially rumored to be an audio-centric venture, but they will make smart devices. Devices that will not only be functional but fade into the background and feel like nothing.

“It’s been a while since anything interesting happened in tech. It is time for a fresh breeze of change,” said Pei, CEO and founder of Nothing in an official press release.

We rethought everything and came up with #Nothing. pic.twitter.com/VSz905Kgug

What does Carl Pei plan to achieve with Nothing? The company’s mission statement is – “To remove barriers between people and technology, and create a seamless digital future.” So, what kind of smart devices will the company launch? That continues to be a mystery. Both the press release, as well as interviews online, reveal nothing about the first smart product that Nothing will launch later this year.

“Nothing will be releasing its first smart devices in the first half of this year,” says the press release. If we were to take a guess, Pei will kick off the company’s portfolio with the launch of a smart speaker. It sits well with the current knowledge we have about Nothing and the leaks from the past. What do you think will be the first smart device? Let us know in the comments below.