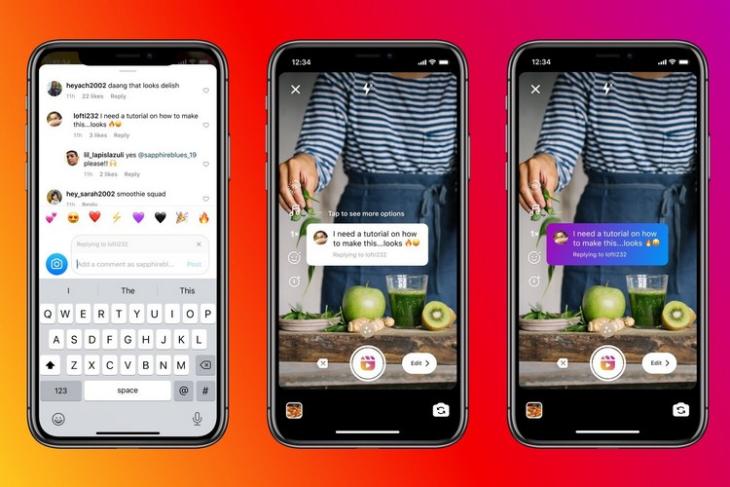 Instagram has rolled out a new feature for its TikTok-like short video format called Reels. The Meta-owned platform has yet again taken a page out of TikTok’s book and added the ability to add user comments as visual stickers to Reels. The feature is similar to how TikTok lets users post video replies on its platform.

Dubbed as Visual Replies, the feature allows creators to reply to user comments with Reels content. So, with this feature, creators will be able to add user comments as pop-up stickers to new Instagram Reels videos. The feature, as per the company, opens new ways for creators to interact with their audience on Reels.

Now, for those unaware, TikTok rolled out the Video Replies feature last year to let users add context to their videos and interact with their audience in a new way. It became a popular feature on TikTok and going by the recent trend of companies copying the Chinese short-video platform, it was only a matter of time before Instagram introduced the feature on its platform.

Well, now that it has introduced the feature, Instagram’s Reels feels more like its Chinese competitor. The company has been rolling out various new features for Reels to make it on par with TikTok and other platforms like YouTube Shorts and Snapchat. We recently saw the platform gain text-to-speech and voice effects features.

The platform has seen a massive boost in the number of creators since its initial launch last year. Going forward, we expect Instagram to make Reels more feature-packed and refined for content creators. So, if you are a content creator on Reels, you can check out our story on some of the best video editors for making Reels content or you can check out the 20 best Reels tips and tricks to spice up your Reels game.

Instagram Reels Bug Causing Videos to Get Stuck at 0 Views

Instagram Starts Testing Ads on Reels in India and Other Countries