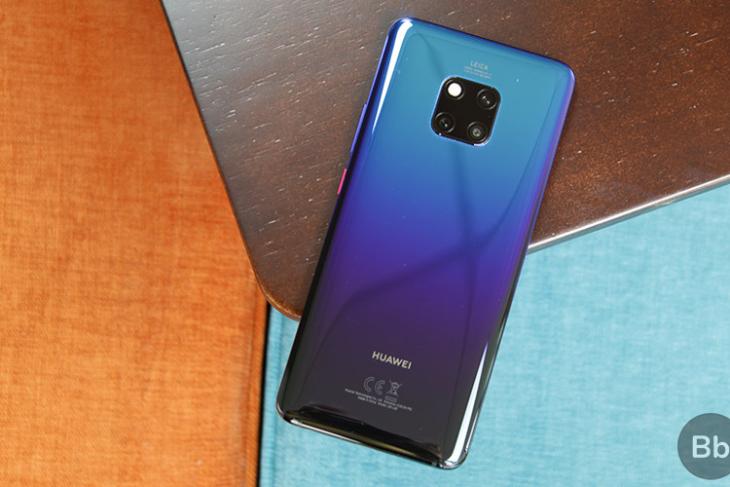 Huawei has established itself as offering some of the best cameras on a smartphone, of recent. The Huawei P30 Pro is touted to come packed with some great camera features – most importantly the zooming capabilities of that smartphone. Well, Huawei is gearing up to launch its second flagship, the Mate 30 Pro, really soon and it will come with awesome, new camera features we’ve never seen before.

Huawei is being granted back-to-back trademarks for new mobile photography-related terms before Mate 30 Pro’s much-awaited launch. You’ve already heard about Matrix Camera and Cine Lens trademarks but it will possibly get a new SuperSensing camera hardware feature as well. This trademark was filed on July 29th with EUIPO (European Union Intellectual Property Office) and the UK IPO (Intellectual Property Office). 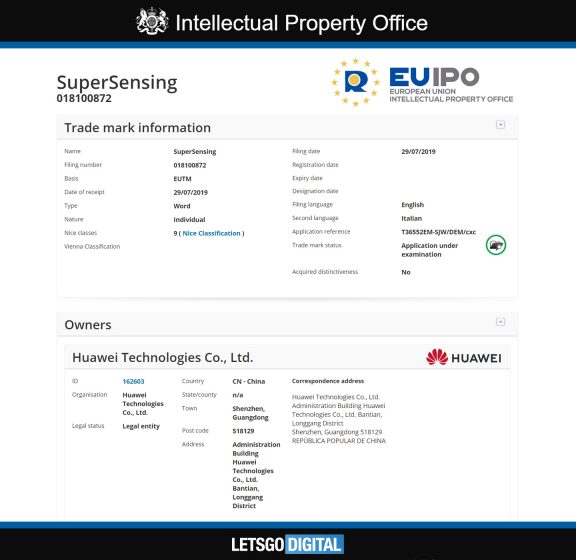 Yes, I know SuperSensing sounds quite like the SuperSpectrum camera sensor that we have already seen on the P30 Pro. This sensor made use of an RYYB array to capture a sumptuous amount of light (about 40% more) and be able to click sharper and vibrant photos even in dimly-lit conditions.

In addition to the SuperSensing camera, whose functionality is unclear to us right now, Mate 30 Pro is also rumoured to come equipped with two 40MP sensors instead of just a single one seen on the P30 Pro. Twitter user @RODENT950, who is known for Huawei leaks, has shed light on the possible camera configuration for the Mate 30 Pro.

As you can see in the tweet above, the Mate 30 Pro is expected to feature a 40MP (1/1.5-inch) RYYB primary sensor with a variable aperture of f1.6 – f/1.4 this time around. This would be paired with a secondary 40MP (1/1.7-inch) ultra-wide-angle sensor with a 120-degree field-of-view, a third 8MP telephoto lens with 5x optical zoom – similar to the P30 Pro and a fourth ToF sensor. These former two cameras here will support the Cine Lens feature, which will be enabled while recording videos.

The Mate 30 Pro is also rumoured to feature a display panel similar to the new ‘Waterfall Display’ shown off by Oppo recently. There will be a notch up-top with Face ID features baked in. It will be powered by the Kirin 980 chipset, obviously but there’s still a lot we don’t know about this flagship smartphone. So, stay tuned for more information.