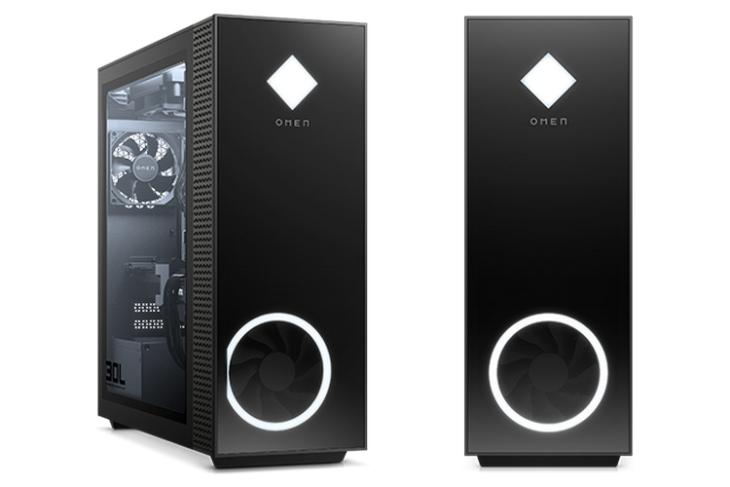 HP has today launched two new gaming desktops – Omen 25L and 30L and a gaming monitor – Omen 27i. Both desktops are available in AMD/Intel CPU variants and AMD/Nvidia GPU variants.

The specifications of the Omen 25L and Omen 30L are almost identical and mainly differ in size and the cooling system. The desktop’s processor goes up to the latest 5.3GHz 10th-gen Intel Core i9-10900K, while there are AMD Ryzen 3900 and AMD Ryzen 9 3900 processor variants as well. HP offers either Nvidia GeForce RTX 2080 Ti or AMD Radeon RX 5700 XT graphics.

You get up to 64GB of HyperX Fury DDR4-3200Mhz RAM and a pair of 2TB PCIe M.2 SSDs. For cooling, HP has teamed up with Cooler Master for optional configurable 92mm air or 120mm liquid coolers and up to a 750W Cooler Master 80 PLUS Platinum PSU.

Alongside Omen 25L and 30L, HP has launched its new Omen 27i Gaming Monitor with a nano IPS 2560×1440 resolution panel that offers a 98 percent DCI-P3 color gamut. There is support for Nvidia G-Sync in this monitor.

The monitor goes up to 350 nits peak brightness. It offers a 165Hz refresh rate that yields almost 1ms response time. For better viewing, HP has added a dual pillar height-adjustable stand. Also, interested gamers can make use of the aim assist feature through Omen Command Center that creates a custom shaped and colored reticle.