While we love seeing comparisons between Qualcomm Snapdragon and Apple’s A-series processors, there is more to a smartphone than just powerful processors. Heat dissipation and cooling techniques are essential in maintaining smartphone temperature, and they determine how frequently your smartphone throttles. Under heavy workload, many smartphones fizzle out, and when there is a successive thread of intensive tasks then smartphones tend to disable prime cores. So if you are looking to test smartphone throttling and want to find out the endurance of your smartphone then follow our guide below.

There are generally two easy ways to test smartphone throttling on smartphones. On Android devices, you have a dedicated app called CPU Throttling Test that lets you check your CPU performance over time and how it manages cooling. And for both Android and iOS devices, there is the AnTuTu benchmark application which also gives you a good overview of throttling after a series of continuous tests. We have discussed both the methods in detail so let’s begin with the CPU Throttling Test first.

First of all, go ahead and install the CPU Throttling Test app (Free) on your smartphone. After that, open the app. Keep in mind, the app recommends the phone to be in a cold state so make sure you leave your smartphone for 10 minutes so nothing intensive is performed on the device. After that, simply tap on “Start Test”.

Here, the graph gives you a complete overview of how your smartphone is performing over time. The thumb rule is that over time if your smartphone is able to handle the stress and workload then the performance will be linear meaning the line will not go down. In case, the performance line goes down, it means your smartphone has started to throttle and will reduce the clock speed to dissipate heat. At times, it can also disable the prime cores altogether. In the below image, you can see that performance on my OnePlus 7T has been linear even after 6 minutes of starting the test. 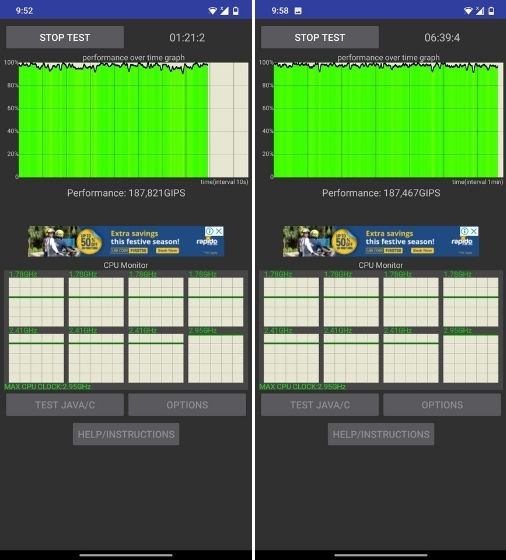 As I moved ahead with the test, after 11 minutes, the performance didn’t make a noticeable dip and the CPU was able to handle almost 20 threads of intensive workload. For your information, if the app shows the graph in yellow color then it means it has started to throttle, and when it goes red means your smartphone has almost disabled all the cores to bring down the temperature of the smartphone.

In my testing, the app automatically stoped the workload after 15 minutes, but the smartphone didn’t show any sign of throttling. So to make things interesting, I increased the thread number to 40 from the “Options” menu and started the test again without any delay. I did this to check the sustained performance of the CPU when the smartphone temperature had not reduced to the normal level. 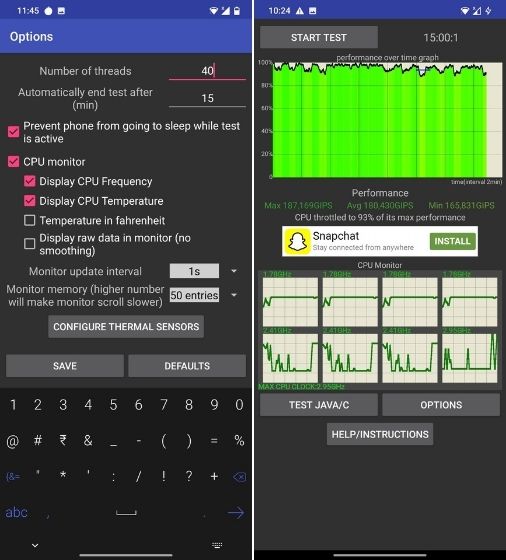 And this time, I did see larger dips in the graph which suggests that after increasing the thread count and starting the test at a higher temperature, the CPU throttled a bit. Although it was not a considerable dip, it goes on to show that every smartphone throttles, no matter what flagship specs you have got. Also, one can’t stress enough how important cooling and heat dissipation is in the smartphone world.

We all know AnTuTu as a benchmark application, but it can also offer great insight into smartphone throttling. You can install AnTuTu for both Android and iOS from its official website. After that, open it. On the first run, it will download some plugins in order to run the highly intensive test. 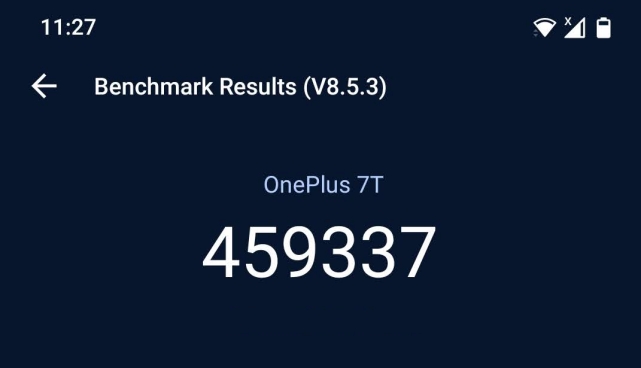 Once it has set up everything, simply tap on “Start”. It will start putting heavy workloads both on CPU and GPU to test the overall performance of your smartphone. On the first test, you are likely to complete it within a few minutes and probably, you will get the highest score. Similar was the case on my OnePlus 7T which scored around 459337. In my second test too, the score hovered around 459310. 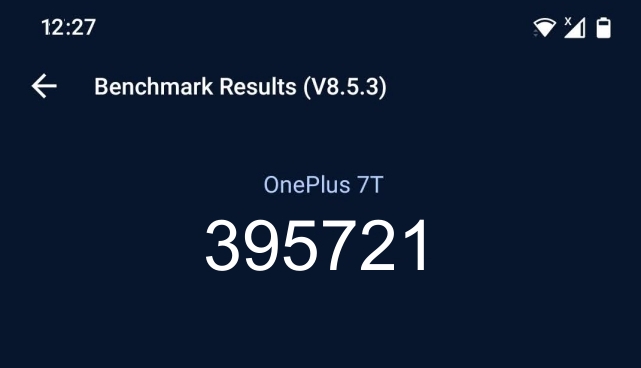 However, after successive tests when the phone was still at a higher temperature, the score started to dip. On my 5th test, I finally found OnePlus 7T lagging and unable to withstand the workload. In the 5th test, it scored 395721. Again, it goes on to show that after successive workloads, smartphones tend to throttle their CPU and GPU to maintain the overall temperature. However, it’s great to know that flagship chipsets have become pretty powerful and can survive many rounds of torture tests without breaking a sweat.

So these are the two ways you can easily stress test the CPU and GPU of your smartphone. As I mentioned above, every smartphone throttles, but it’s about for how long a smartphone can sustain the workload while maintaining the temperature before throttling the CPU.

From my testing, it’s clear that flagship smartphones can very well withstand several rounds of extreme workload which is commendable. Anyway, that is all from us. In case, you want to learn about the best tools to stress test desktop CPU and GPU then go through the linked articles. And if you found the article helpful then do let us know in the comment section below.

How to Check the CPU Temperature in Windows 11 (6 Methods)

How to Check CPU Temperature on Mac