Android and iOS pack in their own unique features but if there’s one thing that Android beats iOS hands down is flexibility. Sure, elements of iOS are opening up to developers but it’s still nowhere near the flexibility Android offers. If you are an Android user, you’d know that you can get most of the iOS features on Android, thanks to various apps. Like the iPhone’s swipe-back gesture, you can get it on Android easily. Like iOS’ homescreen search functionality, well, you can get it with the cool new Evie launcher.

We certainly love iOS’ universal search functionality and while we like Google Now, iOS’ ability to give priority to local data along with structured results based on your previous interactions really comes in handy. The new Evie launcher, launched earlier this month brings the same functionality on Android. So, without further ado, here’s how to get iOS-like homescreen search on Android with Evie launcher:

1. Firstly, you will have to download the Evie launcher app from the Google Play Store. When you first open the app, you will see various slides informing you about the features of the app. You can tap “Skip” and then, select “Done” when you are done with the slides.

Note: The app is only available in the US as of now, so if you are from any other country but want to try the app, you can download the APK file of the app here. 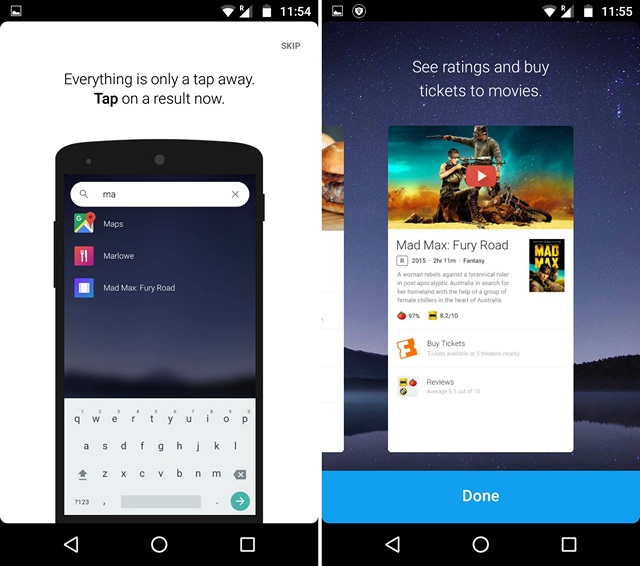 2. The app will then ask you if you want your app and folder layout from the previous launcher. Select “Yeah!” if you want or “No thanks” if you want to try Evie from scratch. Then, the app will prompt you to set Evie as the default launcher. 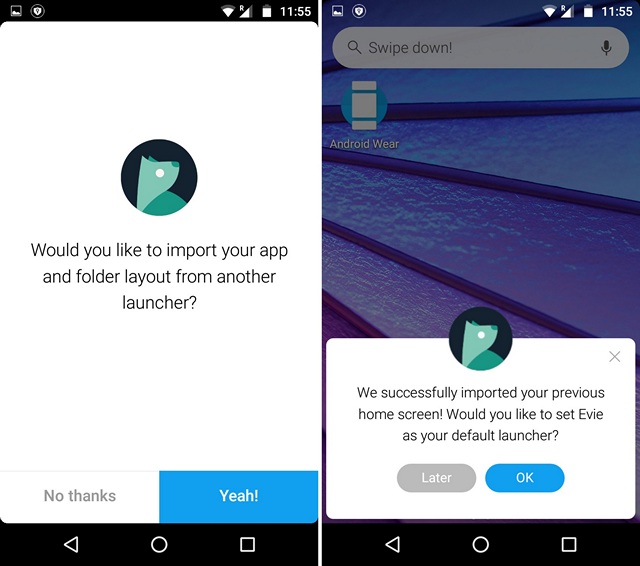 3. Once done, you will see the Evie launcher taking over your homescreen. You can then just swipe down anywhere on the homescreen to bring the iOS-like search panel. You can then search for nearby restaurants, places, movies, music, contacts, apps or anything else and get results in a structured design, just like you would on iOS. While some results open up in card like design with extra features, some web results will open in the Google app. 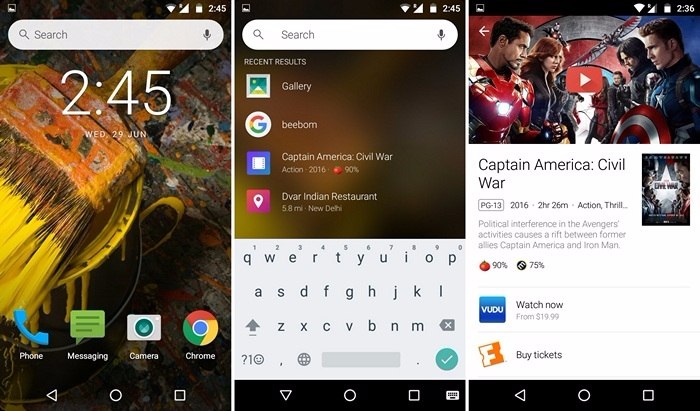 Like iOS, there’s no app drawer here, instead the app list is available in a sidebar from the left edge. The sidebar features tabs for Apps, Widgets and Settings. You can then pick the apps or widgets from this sidebar to place on the homescreen. If you are a fan of Google Now, you can go to Settings tab and enable the option to launch Google Now with a swipe up. 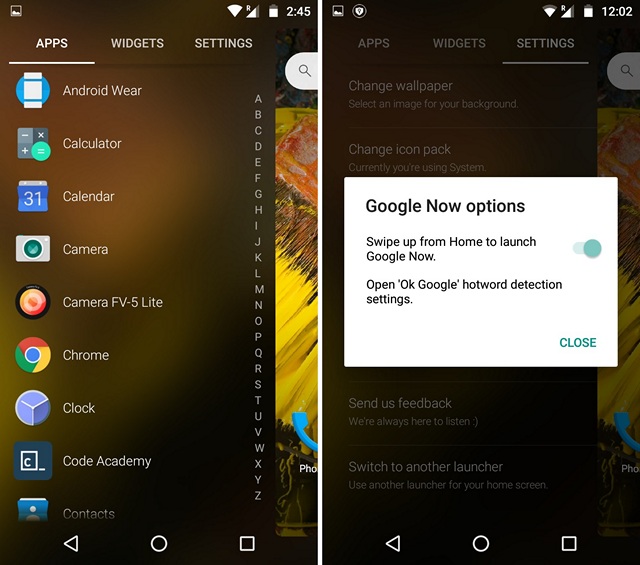 SEE ALSO: How to Get iOS 9.3 Like Night Shift Feature on Android Without Root

Try Evie Launcher to Get iOS-like homescreen search on Android

From the looks of it, Evie looks like one of the usual Android launchers, however, once you use its iOS-like search feature, we are sure you’ll find it unique. Also, the launcher seems light on the resources, as we did not face any lags and moreover, the launcher comes with support for icon packs, which is certainly good news for people who love using different icon packs. Overall, Evie brings the iOS-like homescreen search on Android in an elegant fashion, so install it now and don’t forget to leave your thoughts about it in the comments section below.