There are a lot of different console emulators out there for PC. We have already mentioned some of the best GBA (Gameboy Advance) emulators for PC along with our extensive list of 45 Best GBA games of all time, however, our readers were more interested in a list of best GBA emulators for Android to enjoy all those amazing games on the go. Well, this is your lucky day because we have compiled one of the best lists to bring you all of the amazing and full-featured GBA emulators available for Android platform.

Below are the 8 best GBA emulators available on Android. 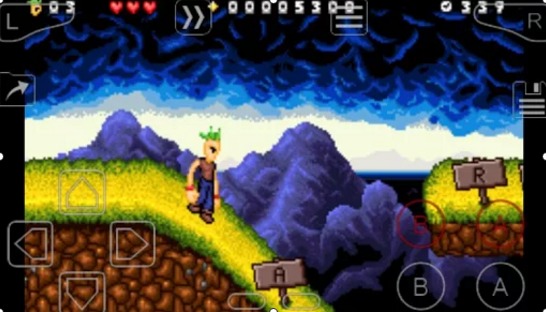 My Boy! is one of the first and full featured GBA emulators available on the Android platform right now. This is one of the fastest and lightest GBA emulators for the Android platform that works on almost all of the Android devices from low-end budget phones to high-end devices. This amazing emulator easily manages to emulate everything as if it were the real console. You can play all your GBA games easily on your android phone with the help of this simple emulator. This emulator also supports external keyboards so you can just hook-up your Xbox controller or MOGA controller or any other controller to your android phone or tablet and start playing your favorite GBA games. My Boy! runs almost all of the available GBA games perfectly without any problems, so you can enjoy your favorite Pokemon or Zelda title without any trouble at all.

My Boy! is available on the Google Play store for $5, however, you can get the My Boy! Free emulator for free which comes with a fewer features compared to the full version but it still plays all of the games perfectly. In the free version, you can not use the Link connectivity, instant save states, speed up gameplay, or use multiple cheat codes but you can still play all the GBA titles which run quite smoothly even in the free version of the emulator. 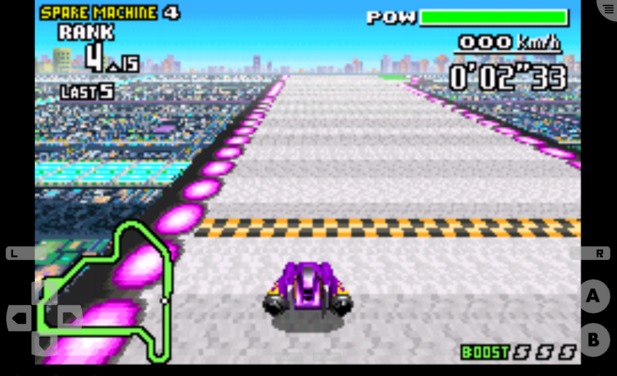 The name may sound a bit weird for a game emulator, but you have to try it yourself to believe that it is one of the most amazing and simple GBA emulators available for Android platform right at the moment. The developer behind this emulator is known as “John Emulators” and developing different emulators for different gaming systems is the motto of the developer. John GBA is a lightweight GBA emulator for android and it works on almost all of the android devices that are running Android 2.3 or higher version. You can use cheat codes, save/load states, use zipped rom files directly, take screenshots, and many more features with the John GBA emulator for Android. This emulator also supports external controllers so you can enjoy all your favorite GBA titles with a comfortable controller.

John GBA Lite is the free version of the app that’s also available on Google Play store and it offers all the same features as the paid version. The only difference between Paid and Free version is the ad display. If you don’t like to watch ads during your gameplay then buy the paid version to get rid of all the ads and support the further development of the app. 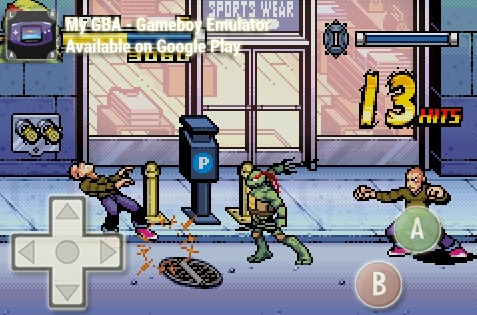 Put all your GBA titles on your Android phone or tablet’s storage and then fire up MyGBA emulator to play these games on your Android device. MyGBA is actually a fully modified version of the open Gameboid source code. There used to be a Gameboid emulator which went out of development after a few years but now it has finally made its comeback under the disguise of MyGBA emulator for Android. MyGBA emulator doesn’t give you the ability to put and use cheat codes from within the emulator. So you have to be a nice guy and play your games without using any cheats at all. You can save and load your game states from anywhere within the game to save your whole progress at any time. MyGBA is available entirely free of cost on the Google Play store so you don’t have anything to lose. Just give it a try and see if it’s the suitable GBA emulator for you. 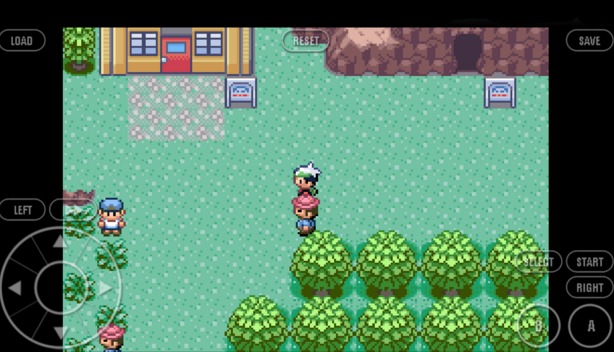 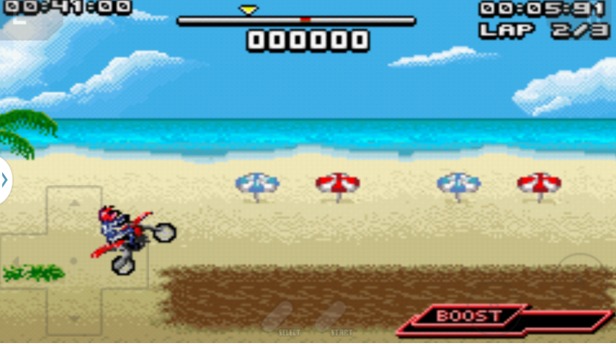 Play all the great titles offered by Nintendo on the GBA with this amazing GBA emulator for Android. This is one simple and straightforward GBA emulator that plays almost all of the commercial GBA games available in the market. All you need are the legally obtained roms for your favorite GBA games and you can start playing them on your Android phone. You can use cheat codes, fast forward your gameplay with a single tap, save/load states at any time during the game, customize the controller layout for the on-screen joypad, and also use an external joystick with this emulator to get a more console-like feel. The games work very smoothly on even older Android devices and work without any problems at all. Best of all, GBA Emulator is available for free on the Google Play store. 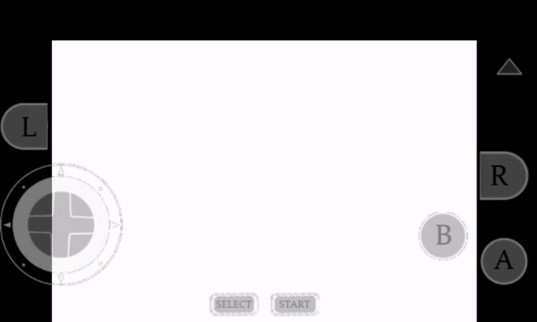 GBA.emu is really one of the most advanced GBA emulators available for Android right now. This one offers a plethora of amazing features that you may not even find in other GBA emulators at all. The best thing about GBA.emu is the ability to change the save state files with the PC GBA emulator VBA-M which essentially means that you can take your save files from the VBA-M and use them with the GBA.emu on your Android device and vice versa. Also supports cheat codes with the same format as the PC emulator VBA-M so you don’t run into any problems at all. It also comes pre-loaded with a free game so you can test it out on your device without any problem. It should work on almost all Android devices out there that have at least a 1GHz processor under the hood. Also supports physical controllers so you can enjoy your games better.

GBA.emu Free is also available on the Google Play store so you can play your favorite GBA titles for free and it comes with all the features that are included in the paid version. 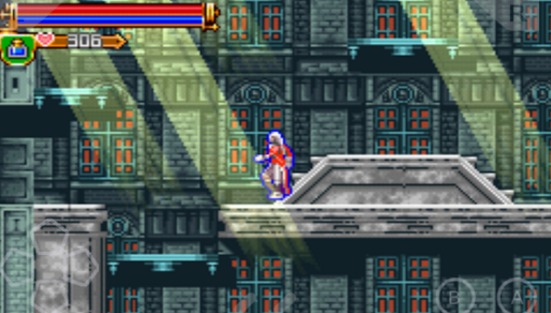 If you want simple and straightforward GBA games emulation without any gimmicky features at all then aGBA is your emulator on the Android platform. It doesn’t offer many amazing features as above mentioned emulators, but it gets the job done. The gameplay is fast and smooth without any noticeable lag at all so you can enjoy all your favorite GBA games with this emulator. You can use it in any orientation mode on your Android phone, you can save/load your games at any time during the gameplay, and best of all, you can customize the control layout to fit your needs so you can enjoy your games better than ever. Frame Skipping feature lets you speed up the gameplay to skip through many boring parts of role-playing games with just a touch of the button. aGBA is available for free on the Google Play store. 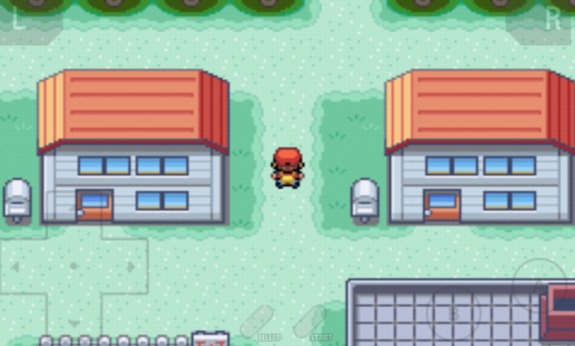 Not the highest rated GBA emulator available on the Google Play store but still the Soft GBA Emulator is one of the decent ones and the working ones out there. Soft GBA Emulator is very suitable for really old android devices that have Android 2.1 or Android 2.2 versions because this emulator works flawlessly on these older devices. If you have the newer versions of Android then you are better off installing one of the above-mentioned emulators on your android device. This emulator works with almost all the GBA games available commercially or non-commercially. There may be an occasional crash every now and then, but that tends to happen a lot with older devices. The real drawback with this emulator is the fact that on-screen joypad is not as visible as it should be which leads to minor hiccups during an intensive gameplay session otherwise it’s still a fair emulator.

If you have been itching to play some of the best GBA games of all time on your Android phone or tablet then you must install one of the above-mentioned GBA emulators on your Android device. These are the highest rated GBA emulators available on the Google Play store and we have personally tested them to see how good they perform when put to a real test. If you think that this list needs another GBA emulator then feel free to let us know in the comments below.