Android has changed a lot over the past few years, or rather I must say that it has evolved. A few years back, even the basic functionalities like taking a screenshot or recording a screencast on Android required root access. But now these features are available to a general user through 3rd party apps or even integrated by the manufacturers as a built-in feature. Firewall access is one such feature that also needed root access back then, but with the advent of Android lollipop, thanks to the built-in VPN feature, you can get the feature on any supported device.

You might ask me why should you install firewall app on your device and how it will be useful? The simplest answer I can give is that the firewall is required to give control over the apps so that it can connect to the internet. Suppose you have a game which can be played offline, but the only reason it connects to the internet is to download ads, thus wasting the internet bandwidth for something that’s totally irrelevant for you. By using a firewall app, you can disable internet access of such apps and exercise more control over the internet consumption on your device.

Now that we know how important firewall access can be on an Android device, let’s have a look at two of the best apps you can install on your Android to get the feature.

NetGuard – no-root firewall is the first app that you should install on your device to get firewall access. When you open the app and enable it, you will be asked to grant access to a VPN connection that would be created by NetGuard. It’s mandatory that you tap ok and complete the process to get a working firewall on your device. 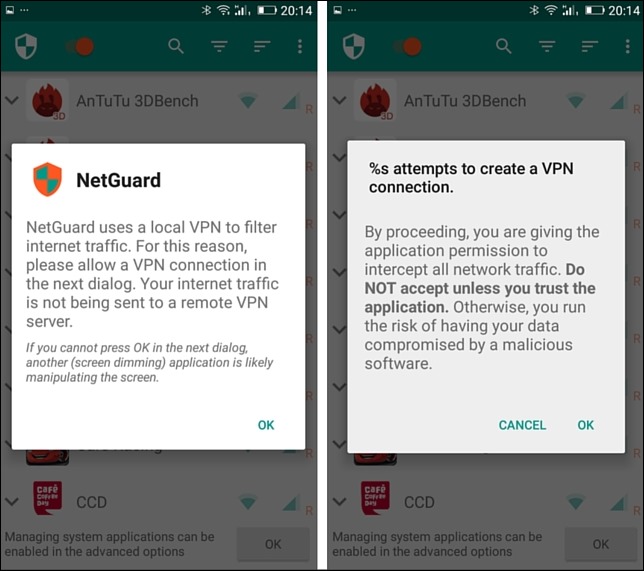 Note: VPN connection created by these apps are virtual and the data is not transmitted to any external servers. These VPN connections are created by apps so that they can block traffic for particular apps thus fulfilling the basic feature of a firewall app.

In NetGuard, you will see a list of all the apps that are installed on your device along with a Wi-Fi and cellular data icon next to it. Now, to disable internet access for any apps over Wi-Fi or cellular network, you will have to just tap and disable the particular protocol. You can also disable background data for an app by allowing traffic only when the screen in on. 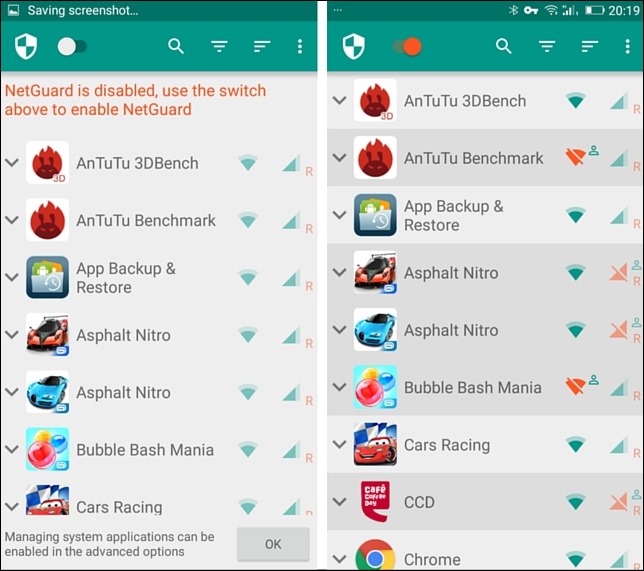 In settings, you can change the default settings if you would like to block the entire inbound and outbound traffic from your phone. Under Advanced options, you can configure system apps, but make sure you double check things before fiddling with the system apps. Apart from that, there are a few settings that you can configure as an advanced user, but if you are not sure, keeping them as default would be best. 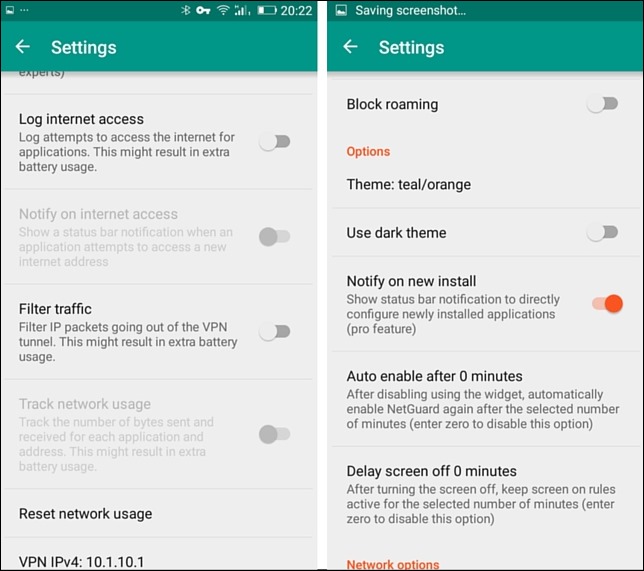 NoRoot Firewall is yet another app that you can install on your android to get the firewall feature. This app will also establish a virtual VPN connection.

Note: An Android device can only support one VPN connection at a time, you must not install and activate more than one firewall app on the same device. 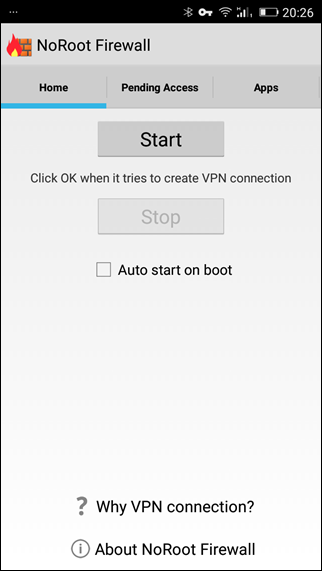 Unlike NetGuard, this app disables internet access for all the apps on your device and as soon as an app seeks internet access it will show up in the Pending Access list of the app. For an expert in networking, you can also see the port and IP the app is trying to connect to and if you think it’s all good to allow the app to connect, just tap on Allow or else select the option Deny and safeguard your privacy. 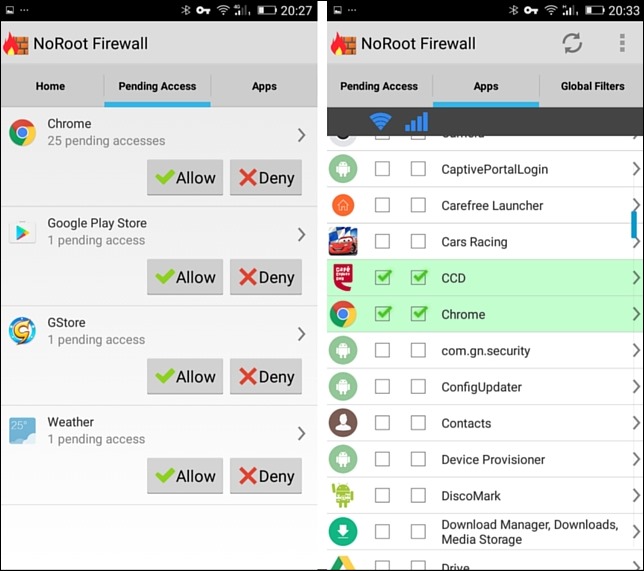 NoRoot Firewall gives more insight and control over the internet when compared to NetGuard and at the same time, is less complicated to work on. The logs are easy to read and Global Filters make more sense. You can also choose to auto start the app on boot which will make sure you are protected all the time. 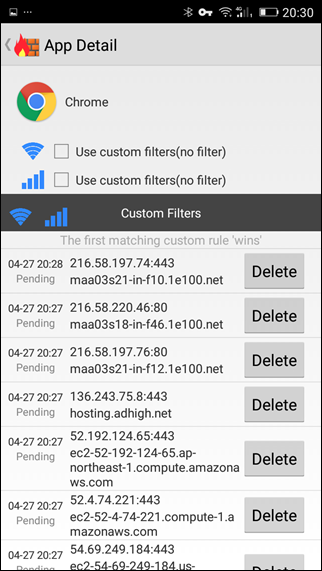 If Only There was No VPN

These apps need a virtual VPN connection to function and that’s the only limitation one can face. An Android can have only one active VPN connection and therefore, if you are in an organization that needs you to connect through VPN, you will not be able to use these firewall apps. Additionally, these would not be compatible with apps like Opera Max, AdAway and other such apps which need virtual VPN to function.