After months of waiting, Apple has finally released the stable version of iOS 11 to the general public. The latest version of the Cupertino-based company’s mobile operating system brings a lot of improvements to enhance the overall user experience. One of these nifty new features is called one-handed keyboard, and it’s pretty useful especially if you’re using a big phone like the new iPhone 8 Plus. We’ve all been in multiple situations where we had to use our phone for texting with just one hand and the Plus variants of all the iPhones are just not suited for that. Well, with one-handed keyboard on iOS 11, you don’t have to be worried about that, as it’ll let you switch between both right and left-handed keyboards with ease. So, if you’re interested in trying this out, let’s take a look at how to enable one-handed keyboard in iOS 11:

One-handed keyboard can be put to good use especially when you’re eating or drinking, or when one of your hands isn’t clean. The procedure is fairly easy and the keyboard can be enabled in a matter of seconds. So, simply follow the steps below to get this done: 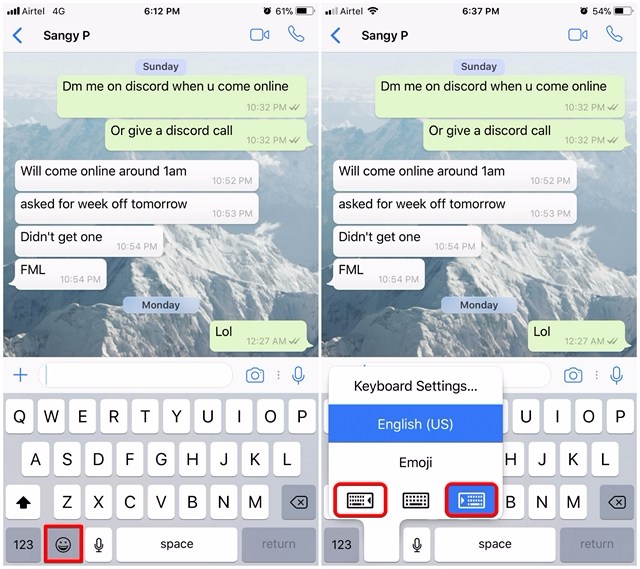 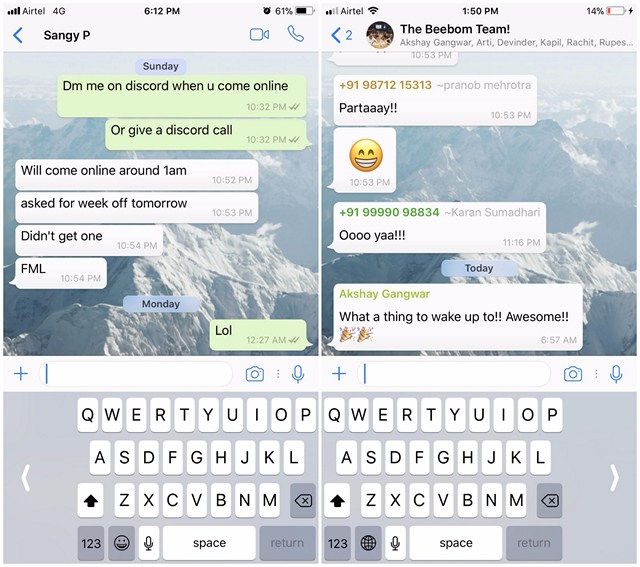 Apple’s addition of one-handed support for their default keyboard is certainly impressive, but third party keyboards like Blink, Fleksy, Minuum, etc. have been capable of doing this for quite some time now. Well, if you’re not a fan of the default keyboard on iOS, you can take advantage of one of these apps for all your one-handed usage needs. Personally, Blink keyboard is the one that I’d like to recommend, as the one-handed layout works quite similar to the default keyboard, and it has enough room for customization. 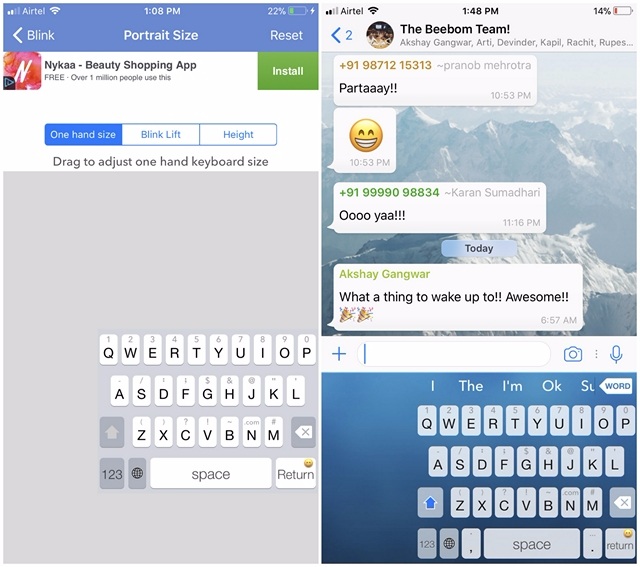 Typing Made Easier With One-Handed Keyboard in iOS 11

From now on, you don’t have to struggle for single-handed typing because of your iPhone’s huge screen. Starting with iOS 11, you can take advantage of the hidden one-handed keyboard and text your contacts with just one hand, which is pretty useful when you’re eating, drinking, or busy with some other work. Although Apple took quite a lot of time to implement this feature, we’re still glad that this long-requested feature has finally arrived. So, are you guys ready to exploit the new one-handed keyboard in iOS 11? Do let us know, by dropping your valuable opinions in the comments section down below.