With iOS 11, Apple is bringing a whole new image format, that will stop your photos from eating up your iPhone’s storage space. It’s called the High Efficiency Image Format (HEIF) and it aims to save up to half of your storage space, resulting due to the photos shot on your iPhone’s camera. This will certainly help the users who’re low on storage space, especially people having 32 GB iPhones. However, there’s a downside to using this format, and that’s compatibility. So far, photos shot on your iPhone’s camera have been saved as .jpg. Once you update to iOS 11, images will be having the extension .heic.jpg. As a result, you will be running into issues when you’re trying to share your photos with others on certain apps.

I’ve personally faced this issue while trying to share the pictures on Discord, where the image is uploaded as an unknown file, ever since I updated to iOS 11 Developer Beta. Well, if you’re facing compatibility issues like me, you might want to disable the use of this new format that Apple brought to the latest version of iOS. So, before we take a look at how to disable High Efficiency Image Format in iOS 11, let’s talk about what the format actually is:

HEIF is the new image compression technique used by Apple in iOS 11 to reduce the size of the photos that you capture on your iPhone, in a move to conserve storage space. Suppose, you’re having a JPG photo with a 5 MB file size, it will be reduced to 2.6-3 MB, as a result of HEIF compression. With this technique, there’s no sacrifice on image quality at all, and that’s probably why Apple decided to implement this in the latest iOS version. 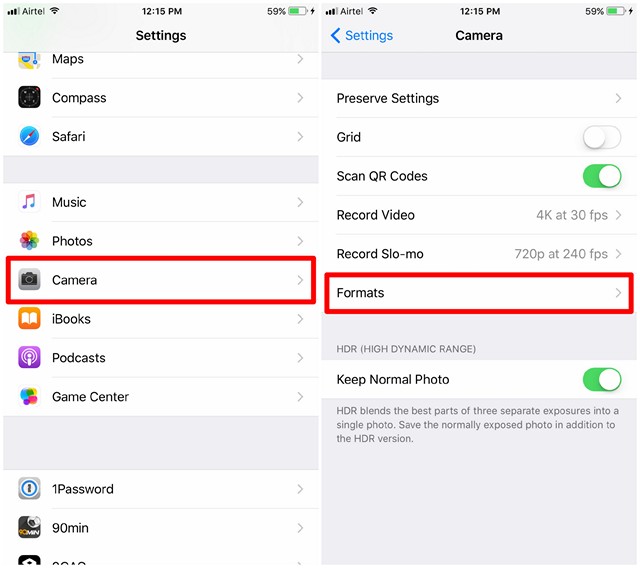 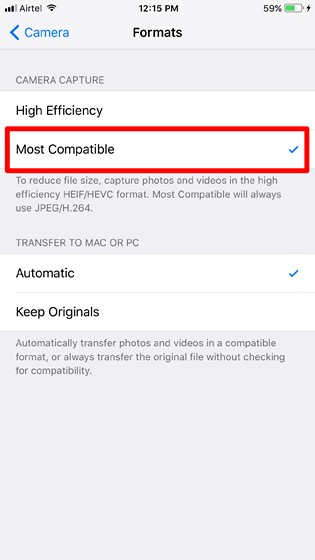 Well, that’s pretty much it. Your photos will now be saved as .jpg, just like it used to iOS 10 and all the previous versions.

SEE ALSO: How to Offload Apps in iOS 11 to Free Storage

Apple has done a brilliant job letting users decide if they want to keep this new format enabled or not. If you’re running low on storage space, you should probably keep High Efficiency enabled. However, if file compatibility is your number one priority rather than storage space, you will find this feature pretty useful and you can avoid running into issues while trying to share photos online. So, are you going to keep high efficiency disabled? Let us know what you guys think about this feature, by simply dropping a few words in the comments section down below.