Sony’s PlayStation 4 console is packed with plenty of features, most of which you wouldn’t really use on a regular basis. It’s not just gaming that the console excels in. From video editing to streaming music, movies & TV shows, it can even be considered as the ultimate home entertainment system, but did you know that your smartphone can unlock even more features on your PS4? We’re sure that you’re already excited to try all of them out, but you need to connect your smartphone to the PS4 before that. We’ll be making use of Sony’s official PlayStation App. So, without further ado, let’s check out how to connect PS4 to your smartphone:

Connecting PS4 To Your Smartphone

Before you proceed to connect your smartphone to the PS4, make sure that your console is updated to the latest firmware and both the devices are connected to the same WiFi network. Once you’ve downloaded the official PlayStation App from the Apple App Store or Google Play Store, simply follow the steps below to complete the process: 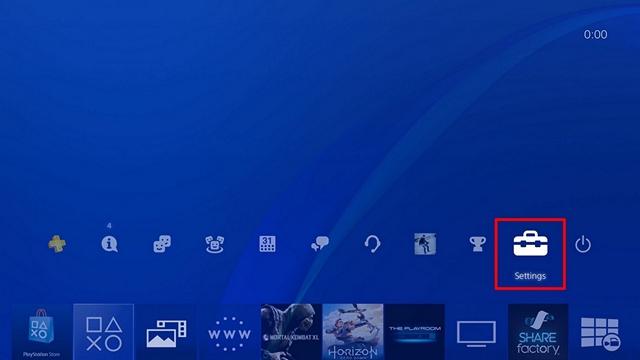 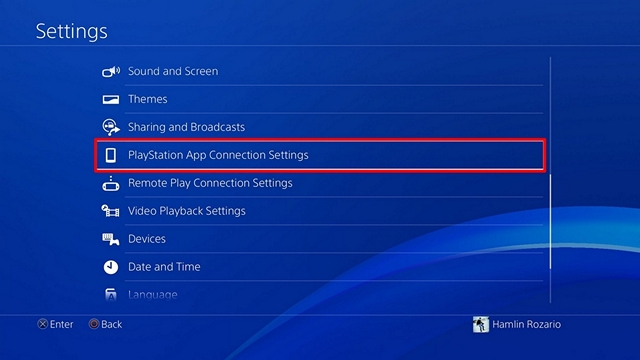 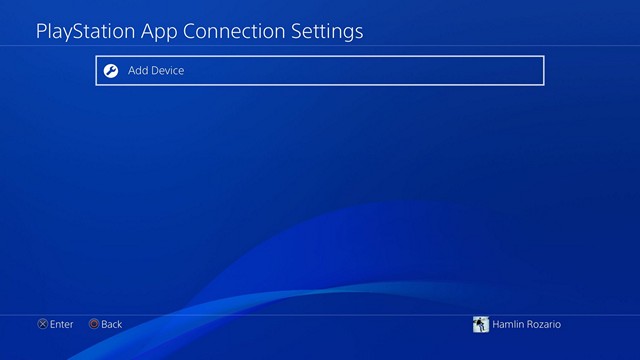 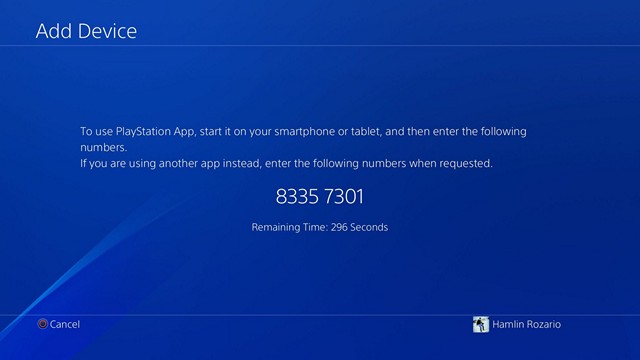 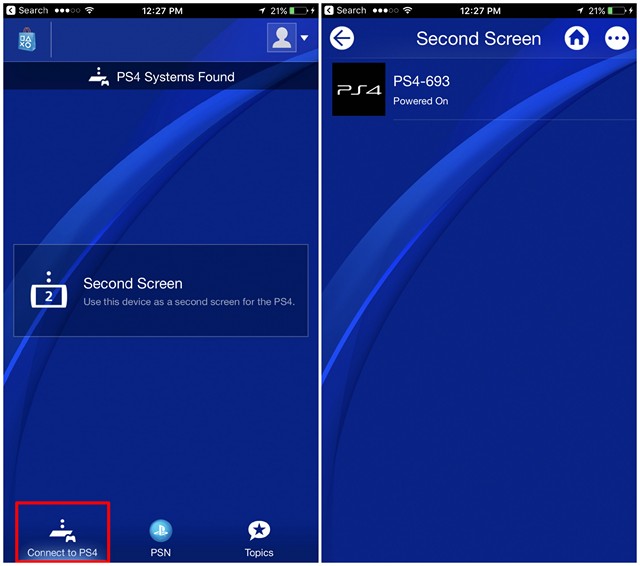 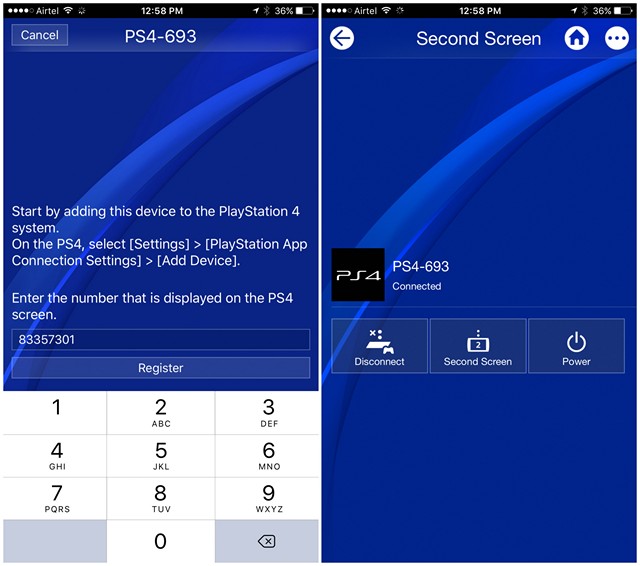 Things You Can Do On PS4 With A Connected Smartphone

Now that you’ve successfully paired your smartphone with your PS4, let’s take a look at all the things you can do right from the PlayStation App:

You can use your smartphone as a second screen to your PS4 console. When you’re playing a game that supports the PS4’s second screen feature, you will be able to view several information, statistics and access unique features that are related to the particular game. That being said, what you get from the Second screen feature varies from game to game. You can access this menu by going to “Second Screen” and tapping on the option at the top-left of screen. 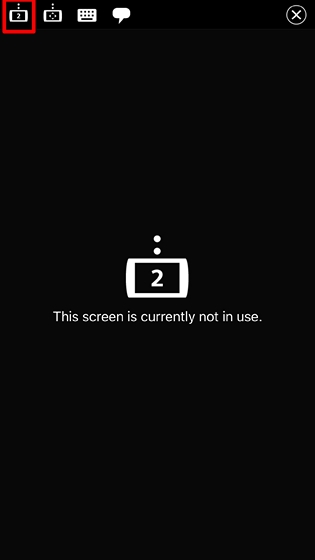 Didn’t buy the Universal Media Remote for your PS4? Well that’s nothing to worry about, as you can use your smartphone as a remote to your PS4, thanks to the PlayStation App. You will be able to swipe and navigate across your console’s menu. There are dedicated PS, Option and Back buttons as well, so that you can have complete control over the PS4 system, without having to get off the couch just to grab hold of the wireless controller every single time. 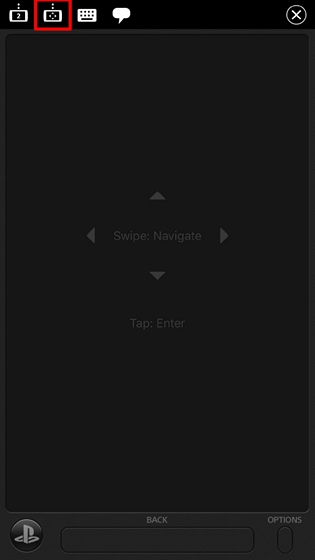 Let’s face it, typing on the PS4 using the controller is by far, the worst and slowest way to do it. Thank god, Sony made it easy for us, by letting us take advantage of the virtual keyboard on the smartphone app for all our typing needs. You can access it by pressing on the keyboard icon at the top left within the second screen menu of the PlayStation App. 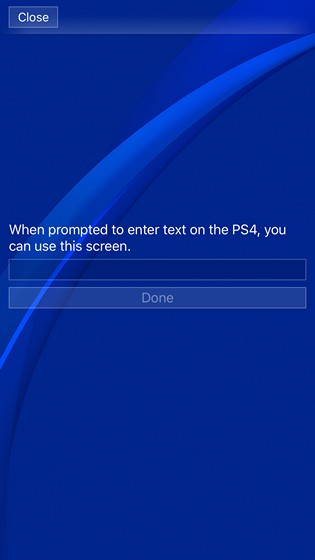 This is a nifty feature that you can take full advantage of, especially when you’re broadcasting your gameplay session right from your console. You might get responses to your broadcast in the chat section, and if you want to reply to them, you can make use of the smartphone app instead of using the Dualshock 4 controller and reply much faster without interrupting your gameplay. 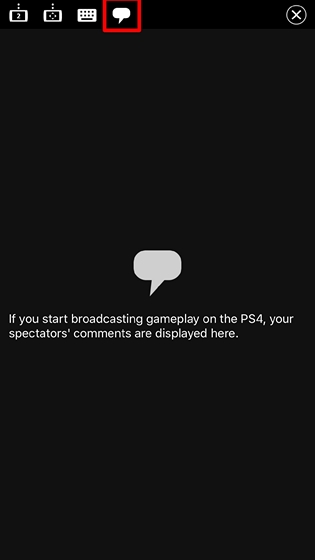 If you’re using an Android device (Sorry iOS users!), you can make use of the PS4 Remote Play application that’s available on the Play Store and play all your games right from the comfort of your smartphone, especially if you have hooked up your Dualshock 4 controller to your smartphone using a mount. So, you don’t have to worry about your parents grabbing the TV remote and interrupting your gaming sessions. 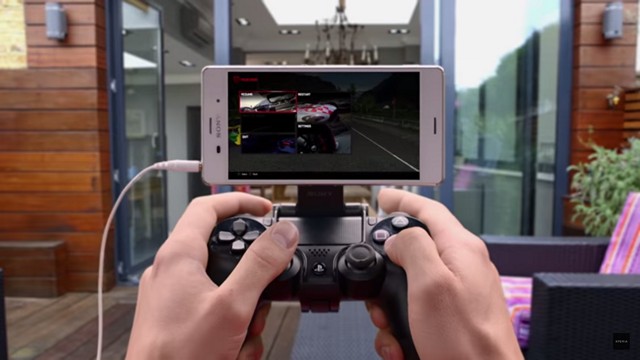 As the popular saying goes, “there’s more than meets the eye“, the PS4 packs some pretty useful features that most of you guys can take advantage of, just with your smartphone. From saving your precious time by typing on the virtual keyboard to gaming entirely on your smartphone, you’ll be surprised what your PS4-connected smartphone is capable of, once you start using it on a regular basis. So, now that you know what your PlayStation App is capable of, are you ready to take full advantage of it and enhance your PS4 experience? Do let us know your thoughts on these nifty features by shooting your words in the comments section down below.