If you own an Android device that is not a Nexus or a Pixel, then you already know how long you have to wait to get updated to the latest Android version. While this has been a problem since Android’s inception, Google has finally decided to address this concern via Project Treble, which was announced at Google I/O 2017. In the simplest of words, Project Treble will give the vendors an interface that will give them the access to hardware-specific parts of Android, thus making it possible for them to deliver new Android releases to customers just by updating the Android OS framework. The company also announced that Treble will be built-in on devices launched with Android Oreo and beyond. So, if you have a Android Oreo-running device and are wondering whether it supports Project Treble or not, here is how you can find out:

Note: I tried these methods on my Google Pixel and Nexus 5X – both running Android Oreo. Both the methods don’t require root access.

This is a simple, one-step method that requires you to check the binary value of a command that you’ll execute. To get started, download a terminal app like Termux (free), and then execute the following command:

If the returned Boolean value is “true,” then your device has support for Project Treble. It’s as simple as that. 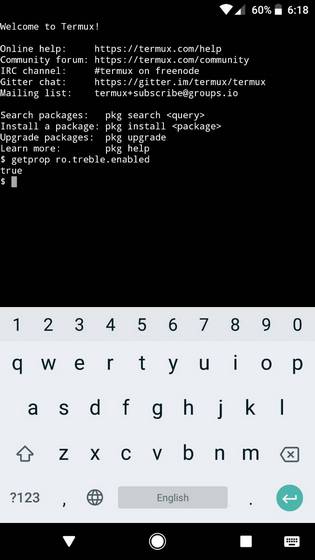 Note: This method requires ADB drivers to be installed on your computer. For that, you can choose to download either Minimal ADB & Fastboot or the official Google binaries.

This one is another easy method that uses ADB instead of a terminal application. To do this, follow the steps below. 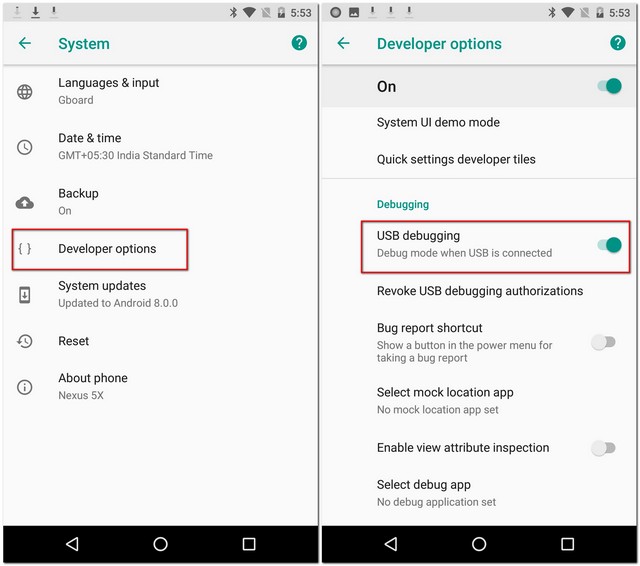 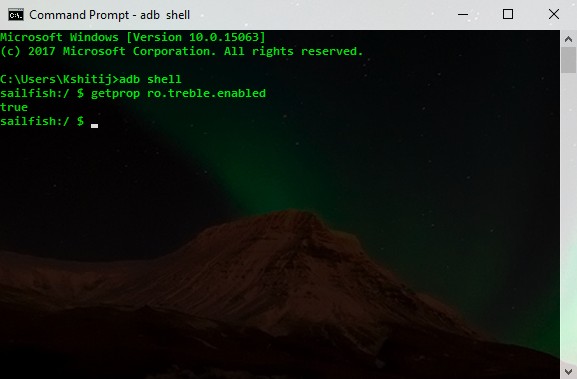 I tried these two methods on Google Pixel and Nexus 5X. While the method showed that Project Treble is supported on the former, it wasn’t on the latter. Hopefully, in the future, we can expect Project Treble being supported on all devices running Android Oreo or above.

Note: Android 8.0 Oreo is currently available on Google Pixel, Google Pixel XL, Nexus 5X, Nexus 6P, and Nexus Player. Within a few more months, it should be arriving on other flagship devices like Samsung Galaxy S8/S8+, Samsung Galaxy Note 8, LG G6, HTC U11, OnePlus 5, etc. as well. When it does, you will be able to check Project Treble support through the aforementioned methods.

SEE ALSO: How to Use Autofill in Android Oreo (Guide)

Does Your Device Support Project Treble?

With Project Treble, Google is looking to finally put an end to the Android update problem, once and for all. Whether or not this will turn out to be successful will be decided in a matter of time. Till then, you can check if your Android Oreo running device supports Project Treble or not. With the aforementioned methods, checking it should be fairly easy. So, what are your thoughts on Project Treble and does your device support Project Treble? Do let me know in the comments section below.