Most of us install a ton of apps on our Android smartphones and you must have noticed that unlike iOS, the apps icons on Android aren’t very uniform. Some apps have a circular icon, some have a round icon, and some feature a squircle icon, which makes up for a very uneven look in the app drawer and the home screen. While things are supposed to be changed, with Android O bringing adaptive icons, most of us won’t be getting the Android O update soon. However, Android, being highly customizable, allows you to change the app icons to whatever you want on any device. So without further ado, here are some ways to change app icons on Android:

If you are using the custom launcher that came with your phone, you might not have the option to change the icon pack. However, most third-party launchers can give you the option to apply whatever icon pack you may like. 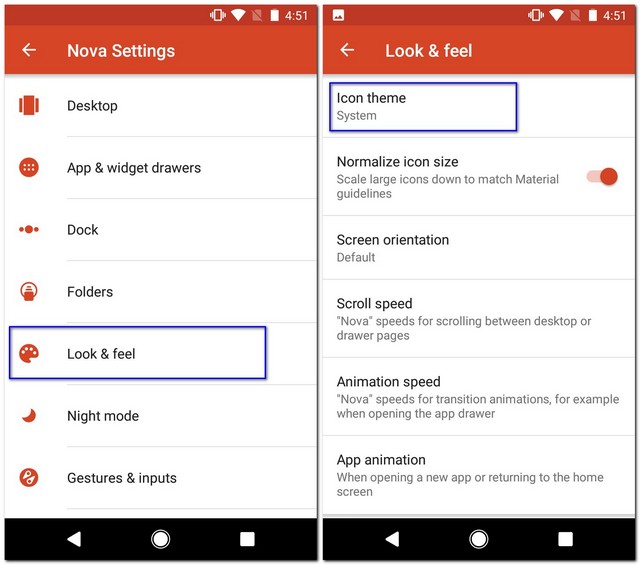 2. In the list that pops up, you should see the icon pack that you have installed. Tap on it to apply it. 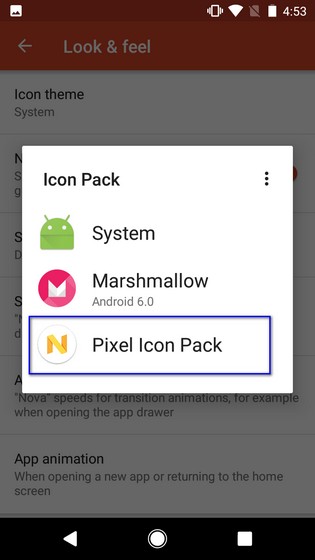 Now when you go to your phone’s home screen or the app drawer, you will see the new icon pack all throughout your phone. 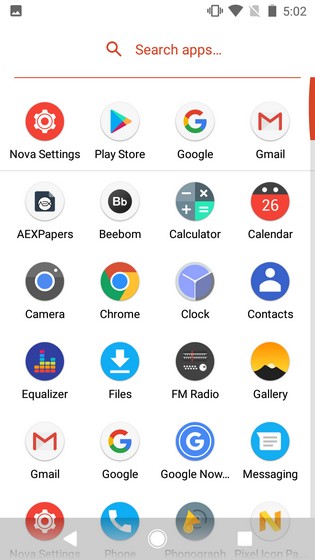 If you’d like to change the icons of a few particular apps, Nova Launcher lets you do that as well. Here’s how to do it: 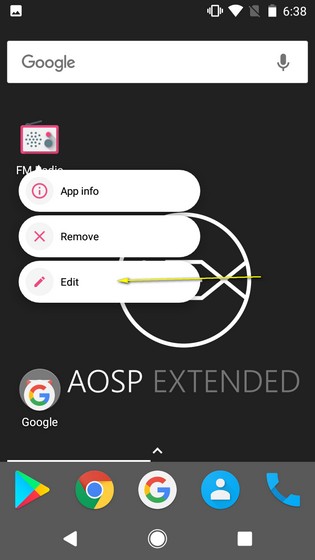 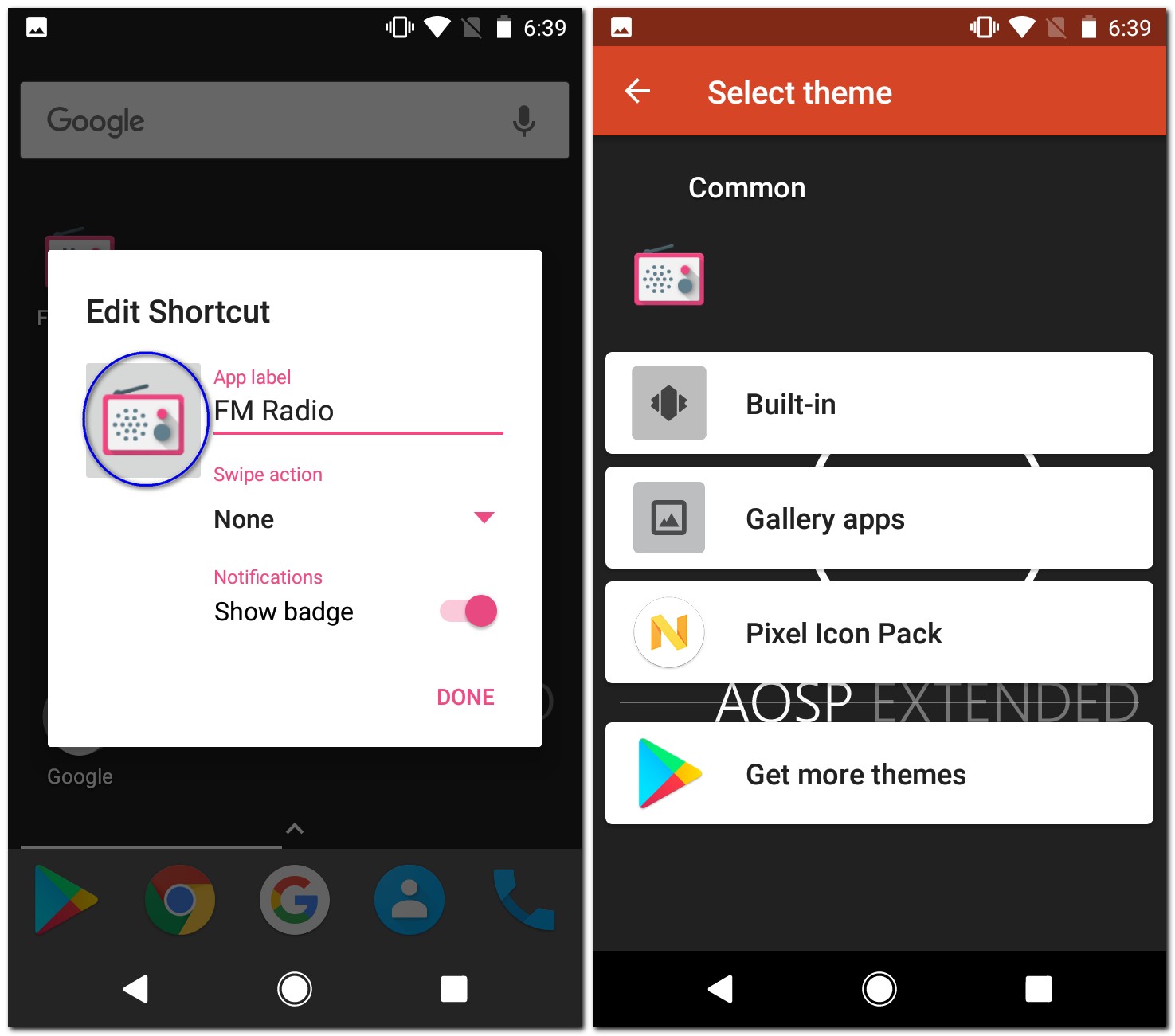 You will now have a custom icon set for this app’s shortcut on the home screen. Note that this does not change the icon in the app drawer. It is only the shortcut that gets altered.

Sometimes, you might not want to download a new launcher just to change the icon pack. If this is your case, then you can download a third-party icon changer app. With these apps, you might not be able to change the app icons on your system, but you can add an app shortcut to your desktop with any icon of your choice. And, if you want, you can even select an image from your gallery. Cool, right?

Below are few of the apps that let you add customized shortcuts for apps. The last screenshots in each case will have both the icons – the app icon from the icon changer app and the native app icon.

Awesome Icons lets you customize your home screen icons with both icon packs and your own pictures. You don’t need root access in order to use this app. Here are the steps for using the app: 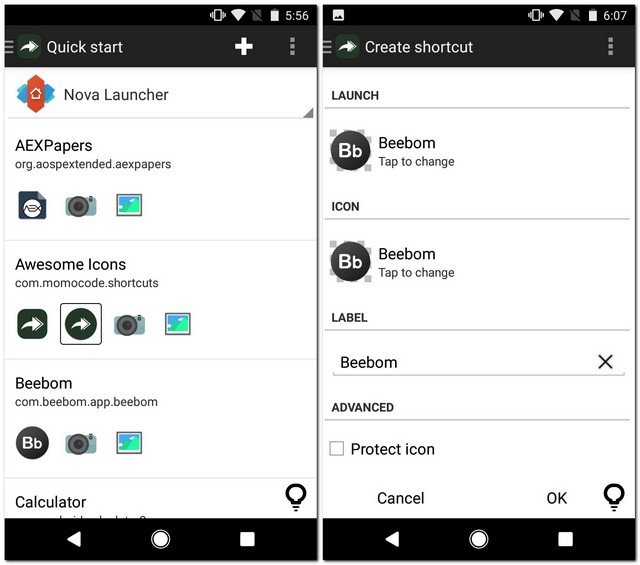 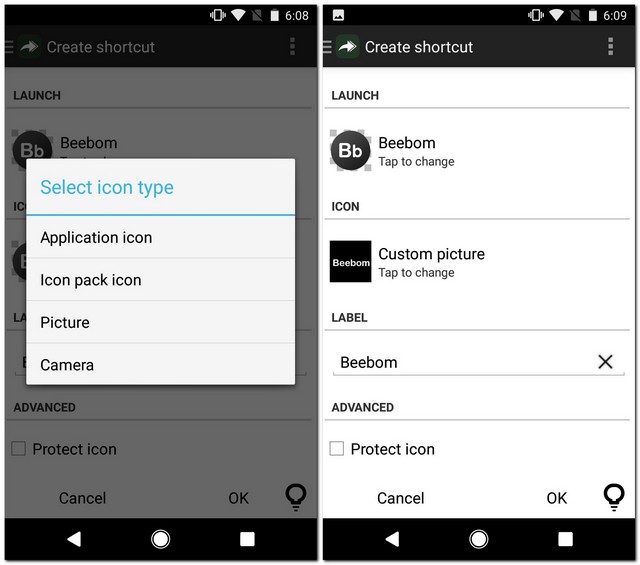 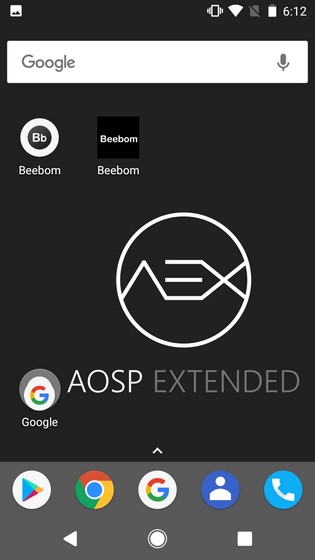 Icon Swap allows you to customize any shortcut in your launcher, without root access. Below are the steps to use the app. 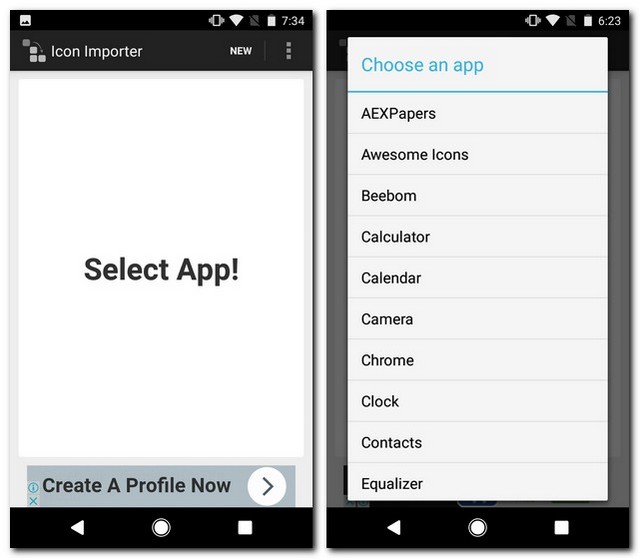 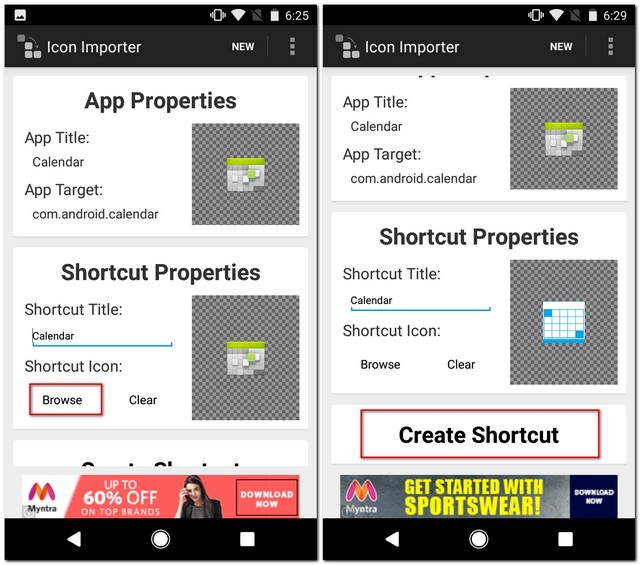 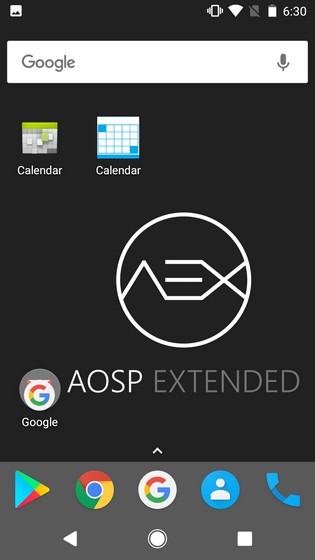 Like the other apps mentioned above, Icon Changer free allows you to create a shortcut of an app on the home screen with a custom icon. Here are the steps to use the app: 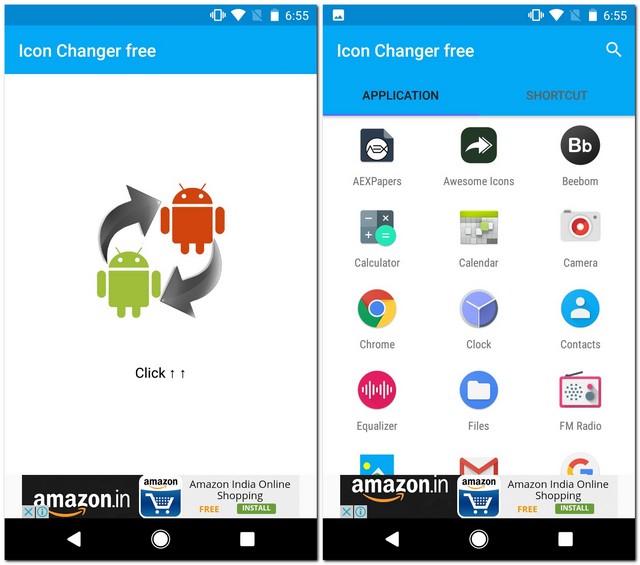 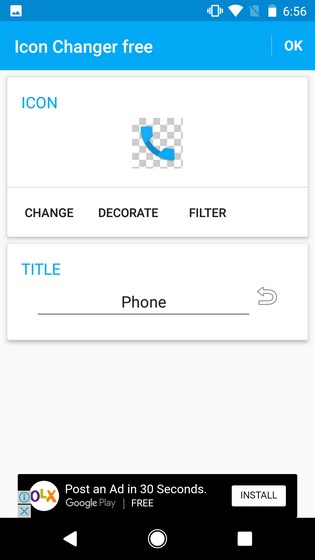 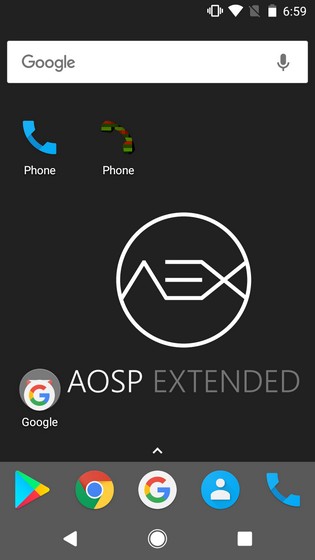 SEE ALSO: How to Customize Navigation Bar on Android

Change Apps Icon on Android for a more personalized look

One of the biggest advantages of owning an Android phone is the customization that you get. Once you download third-party launchers or apps, you can change the icons to whatever you feel like. Whether it is a single app or all the apps, you have complete control. So what launcher or icon changer apps are you using? For which apps did you change the icons? Do let me know in the comments section below.

How to Use AutoTools with Tasker (Guide)

How to Change Icons in Mac Without Third Party Apps

How to Customize Notification LED Behavior on Android 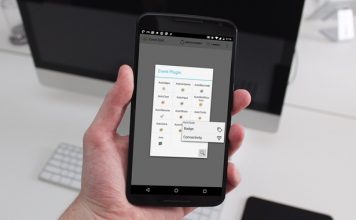 How to Use AutoTools with Tasker (Guide)

Tasker is one of the most popular automation tools for Android. While it is a bit complicated to use, it can offer a lot...
Team Beebom - Aug 2, 2017 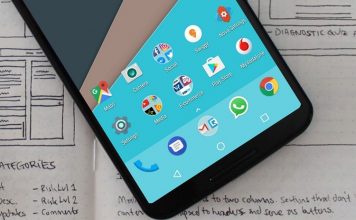 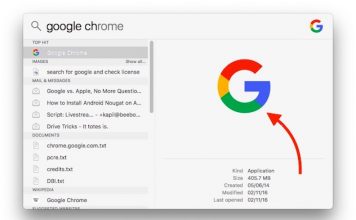 How to Change Icons in Mac Without Third Party Apps

There is something to be said about customizing the look and feel of the products you use. After all, customizations such as that make your...
Akshay Gangwar - Nov 2, 2016 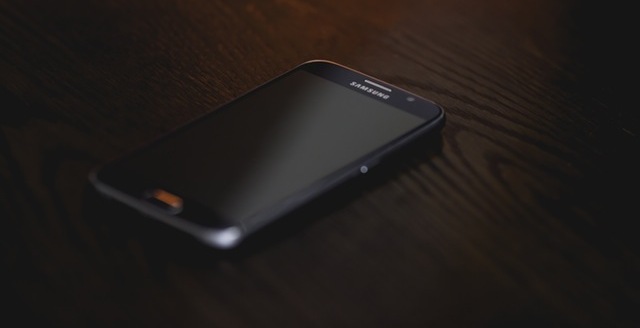 How to Customize Notification LED Behavior on Android

Ever since Android devices started featuring an RGB LED light for notifications, it has become an integral part of the platform. While it might seem...
Rupesh Sinha - Jul 30, 2016 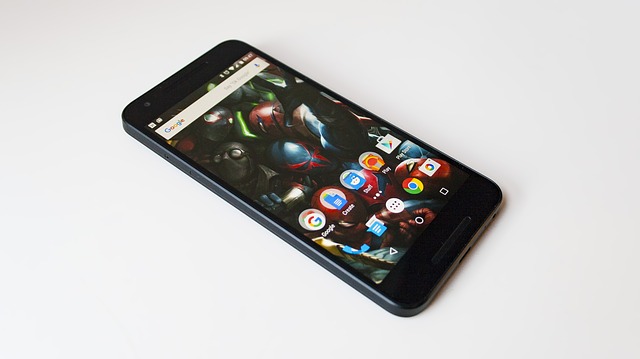 How to Get Stock Android Experience on Any Android Device

If you are using an Android device from the likes of HTC, Samsung, LG etc., you'd have thought about getting stock Android on your...
Rupesh Sinha - Jun 2, 2016