Most of the modern day Android smartphones come with on-screen navigation buttons and while its efficiency when compared to physical buttons is debatable, it’s great to have a button-less display. For people unaware, the home, back and recent/multitasking keys are the navigation buttons and they comprise to make the navigation bar on Android. The navigation bar and its buttons work as they are supposed to but if you are anything like us, you must have thought if there’s any way to customize it, considering the likes of LG and HTC already offer such options.

Well, Google seems to have heard us, as tinkerers have found code of a Navigation Bar customizer in Android Nougat. This will let you customize almost everything about the navigation bar including its looks, functionality as well as its buttons. If you own a Nexus 6P, you can even try it out, as it can be enabled by flashing a ZIP file. However, we don’t know when to expect the feature to arrive on Android and if the past is any indication, it should take quite some time. So, for all you impatient ones out there, here are a few ways to customize navigation bar in Android on both rooted and non-rooted devices:

1. After you have installed the app on your Android device, the app will prompt you to give its Accessibility permissions when you launch it. 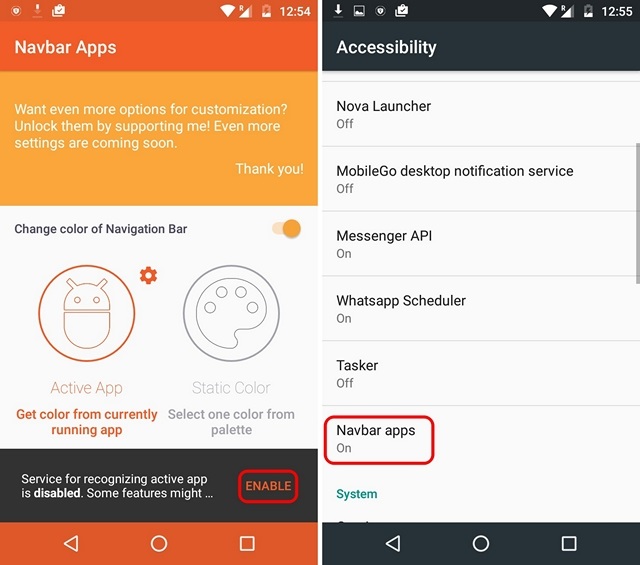 2. Once done, the Navbar app lets you select a custom color for the navigation bar with its “Static Color” option and you can select almost any color you want. If you want the navigation bar’s color to match the pallet of the presently opened app, you can choose the “Active App” option. You can also set certain apps to have a specific navigation bar color. 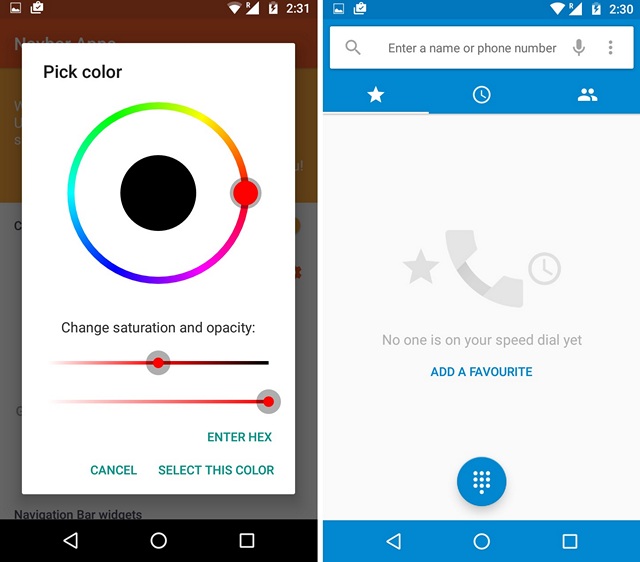 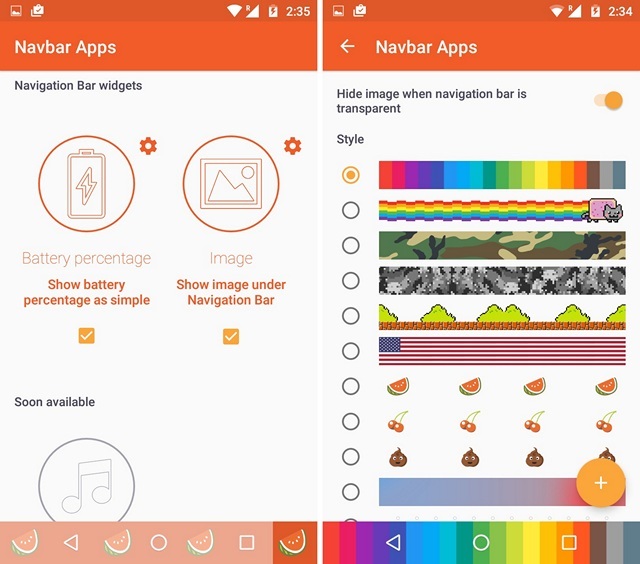 1. Firstly, you will have to download the Xposed installer APK file and install it on your device (Enable Unknown sources in Settings->Security). Then, you can install the Xposed Framework from the app. 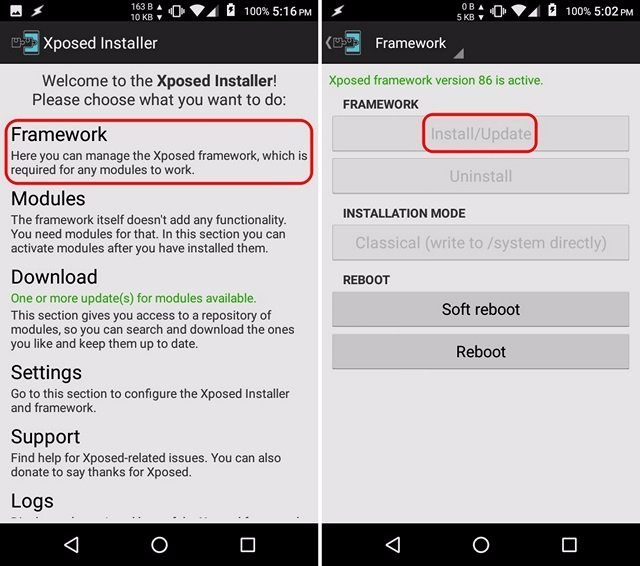 2. After you are done, you can search for Gravity Box in the “Download” section of the app. There are different versions of GravityBox aimed at different Android releases. Choose the version accordingly, go to its “Versions” tab and install it. 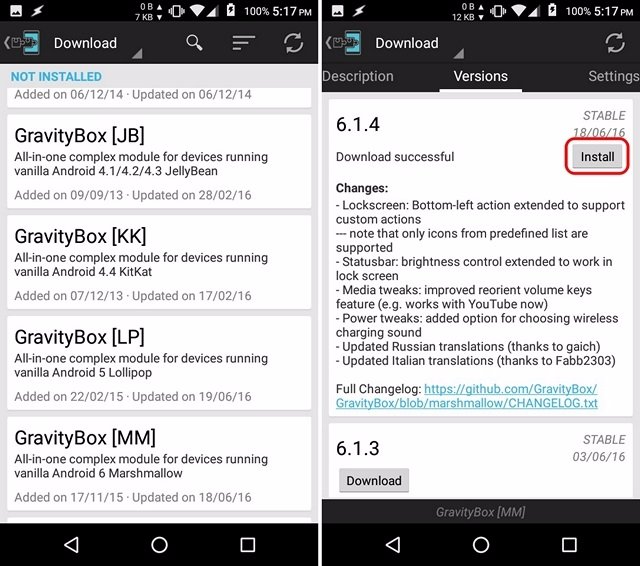 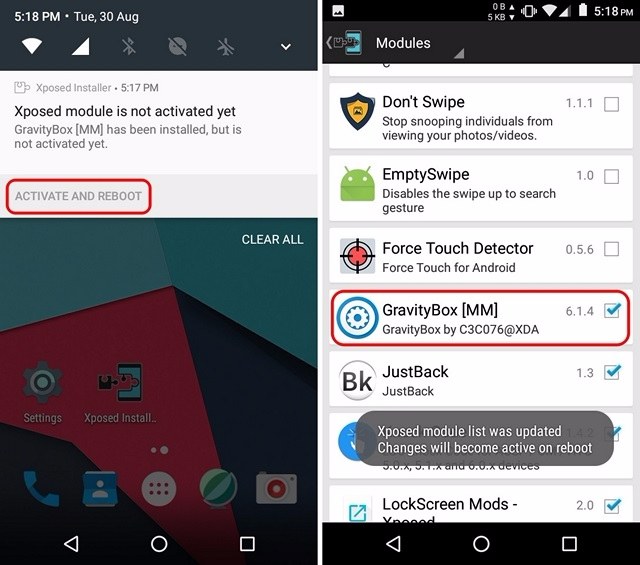 4. After your device restarts, you can open the GravityBox app and head to “Navigation bar tweaks“. Here, enable “Master Switch”, so that all the tweaks you make become active after you reboot. 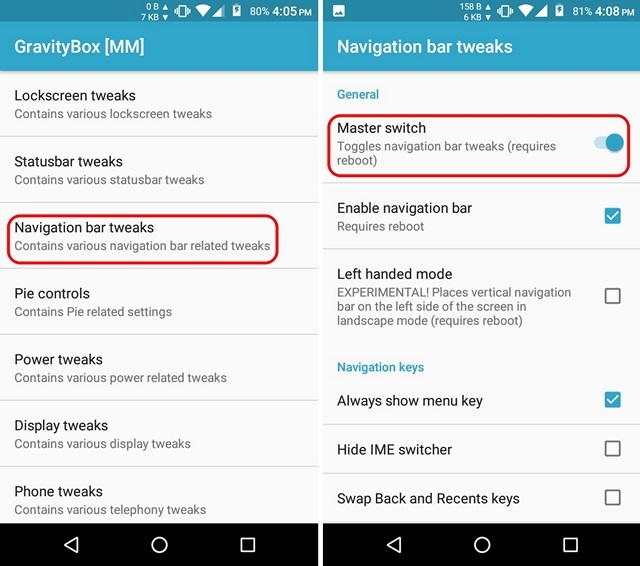 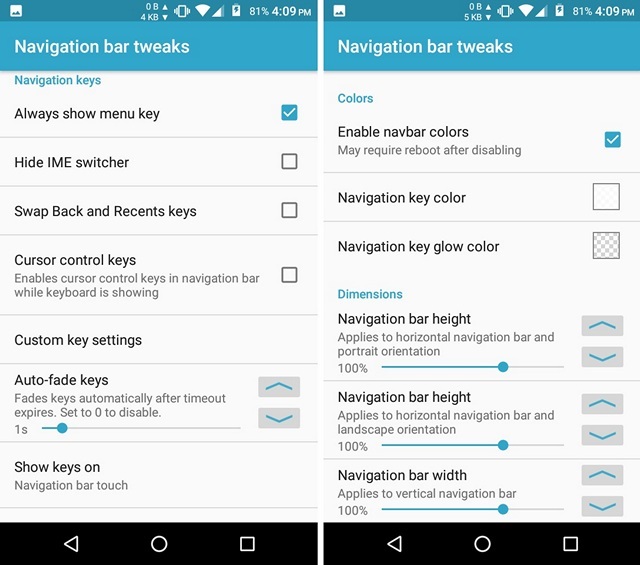 6. You can also head to “Navigation keys actions” option to add custom functionality to navigation bar buttons. Here, you can set up single-tap, double-tap and long press actions for menu, home, back and recent keys. Along with various actions, you can even set custom actions with third party apps. 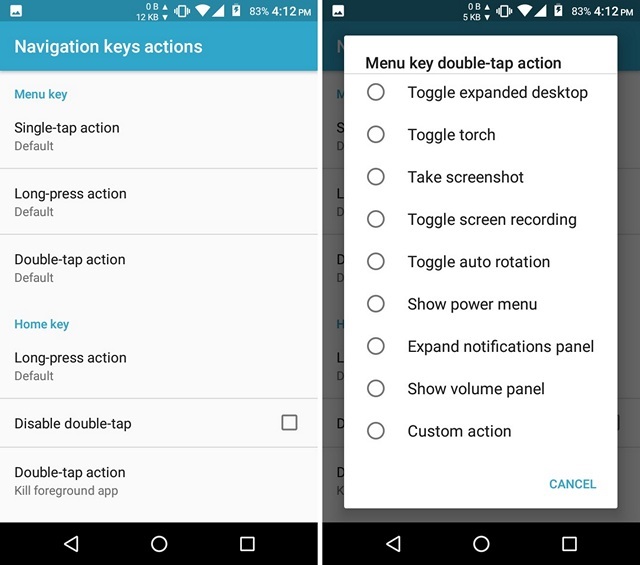 SEE ALSO: How to Customize Notification LED Behavior on Android

Add some life to the boring navigation bar in Android

Well, that’s all from our side, but we’d love hearing from you. Let us know your thoughts on Android’s navigation bar and its customization options in the comments section below.