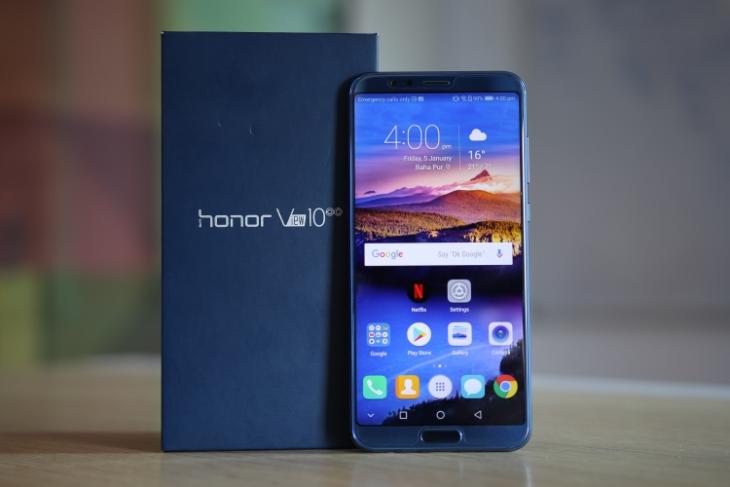 Huawei’s Honor, one of the rising smartphone brands in the Indian market, has been found misleading consumers with false claims about fast charging in the Honor View 10. While the company has advertised the phone has having fast charging, it does not sell a ‘Super’ charger in India. So right out of the box, the phone does not have fast charging, which many View 10 users wrote to us about.

Honor’s global website touts the smartphone’s support for Huawei’s proprietary ‘SuperCharge’ technology which supposedly provides a day worth of battery power by charging the device for only a few minutes. For this, the View 10 must be charged with an official Huawei’s SuperCharge charging brick (rated at 5V/4.5A) and compatible cable. Unfortunately that’s not possible in India. 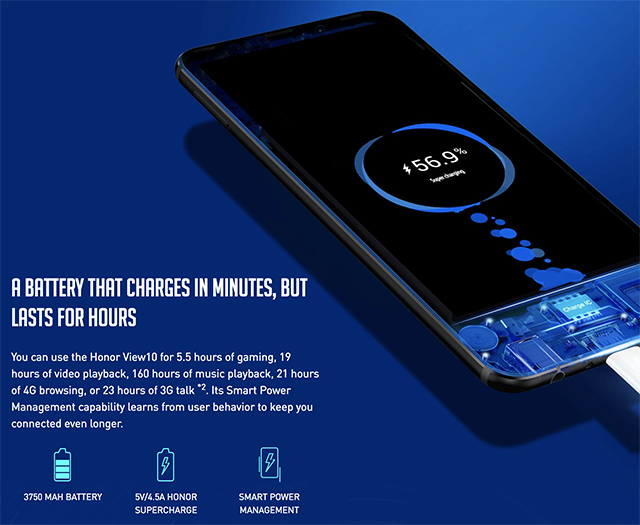 In India, Honor only bundles in a standard “Quick” Charger which carries the rating of 9V/2A and is relatively much slower at charging. As per an official statement by Honor India given to Beebom, the charger takes 110 minutes (almost two hours) to fully charge the Honor View 10. In fact, the SuperCharge adapter is not sold in India and you have to buy a third-party alternative to get the fast charging, which is very risky as the company has acknowledged.

The View 10 product page on Amazon India corroborates what Honor told us but this information has been pushed to the bottom of the page and could be easily overlooked. While the mention earns Honor the benefit of the doubt, it makes no effort to add more clarity which is why users have been complaining on the Honor forums, as we will see later.

The company maintains that this 110-minute-long duration of charging applies strictly “under laboratory conditions in a controlled environment on a switch off mode (sic).”

In an official response to Beebom’s queries, Honor India says, “In a normal environment takes upto 2-2.5 hours for full charge depending upon its switch off or switch on mode, in switch on mode it also depends on the data being used, applications open, Honor charger being used and various other conditions.”

Moreover, there are multiple instances of Honor India claiming the same charging duration of 110 minutes on the Hi Honor Club, which is the official support forum for Honor devices. The forum’s moderators have omitted the part about this being applicable only to charging when the phone is switched off, which is again dubious and misleads readers. There are multiple complaints about the problem on the official forums.

As opposed to the company’s claims, many View 10 users report the device takes more than 3 hours, and this is when the phone is not being used or used very minimally. Frankly, for a smartphone which is priced almost Rs. 30,000, the charging time is a huge let down.

Other readers have also confirmed that the phone indeed takes at least 3 hours – and sadly, sometimes even longer. The charging especially tends to slow down as the device gets older.

This has been a pet peeve of many Indians who bought the View 10 after hearing claims about 50% battery juice in just 30 minutes, which is very far off from the actual performance.

Honor has indeed mentioned the standard Quick Charger availability in India, but it seems like a claptrap as the company has not made enough efforts to clarify that the said charger differs from what ships with European or Chinese units. While we wouldn’t call this false advertising, we want to stress that it’s definitely misleading.

This is disappointing, considering Honor sees India as a market full of opportunities and says it collects extensive feedback from users. Contrary to those claims, the cries of many users complaining about the miserably slow charging on the Honor forums have remained unheard, and the standard reply from the company has stayed unchanged.

It wasn’t until Beebom contacted Honor that the company actually looked into the issue despite multiple user reports, but it still maintained its stance which it said stemmed from extensive lab testing. One of our readers also pointed out that parent Huawei bundles a standard Quick Charger and not the SuperCharge charger even with its flagship – P20 Pro – which costs a fortune.

Naturally, the View 10 comes off as worse against the OnePlus 5T, which features Dash Charging (and fulfills what it claims) and other phones in its category.

We hope that Honor comes clean on this latest controversy, and lets buyers know exactly what fast charging support they are getting, as misleading claims may hurt the brand as competition gets tougher.