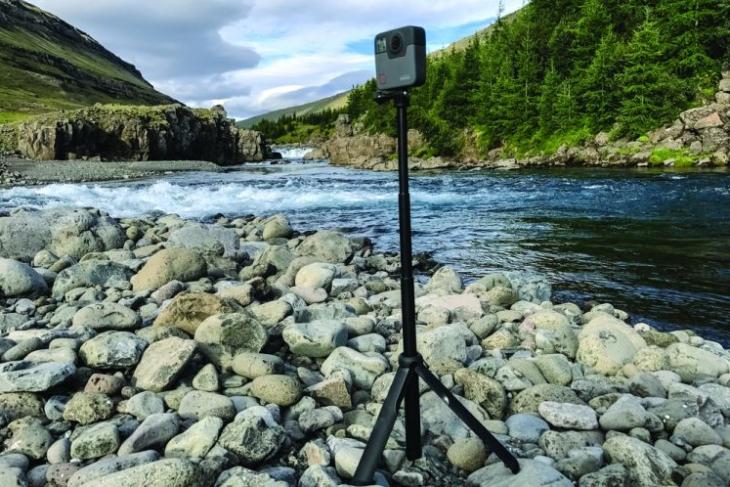 Action camera maker GoPro is steadily making inroads in the Indian market. The company has already brought its Hero lineup but has today launched the Fusion 360-degree camera in the country, priced at a whopping ₹60,000.

To capture the 360-degree spherical video, the Fusion camera packs two lenses that allow you to shoot up to 5.2K video at 30 frames per second. It can capture 18MP spherical photos and 360-degree sound for rich photography. The camera is also waterproof up to 16 feet, so taking it for a swim underwater shouldn’t be a problem.

In addition, the camera also features all the necessary sensors and connectivity options, such as accelerometer, gyroscope, compass and GPS, Wi-Fi, and Bluetooth. This, coupled with software optimizations, allowed GoPro to add a gimbal-like stabilization to the camera.

GoPro further asserts that pairing the Fusion camera with the GoPro app called ‘Mobile Overcapture’ makes for an end-to-end video editing solution, allowing us to capture, edit and share videos from right within the app itself. The app also allows you to control the 360-degree camera, preview shots in real-time, and do a lot more.

As for the availability, the 360-degree camera will be sold through GoPro’s retail partner channels, Croma stores, and other photo specialist stores across the country. So, are you looking to pick up the GoPro Fusion? Let us know in the comments down below.