New data from Experian Hitwise show a dramatic increase in traffic over the week since the service opened to everyone. Visits to Google Plus increased by 1269% last week. The site received 15 million U.S. visits, up from 1.1 million the week before. Google Plus went from ranking 54th in Hitwise’s Social Networking and Forums category to ranking 8th in just one week. 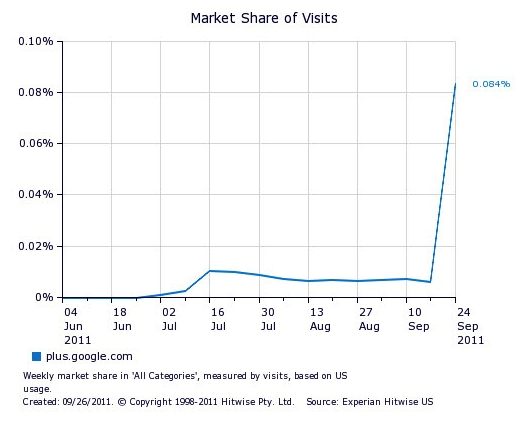 That’s not all the traffic, either. These stats don’t include mobile users or visits from the ubiquitous black Google toolbar. The data still show that Google Plus is disproportionately comprised of “influencers” and “early adopters” compared to other social networks, but the removal of invitations seems to have jump-started visits to the service. According to Paul Allen’s estimates, which have been on track in the past, Google Plus currently has around 43 million users.

How to Report Messages on WhatsApp