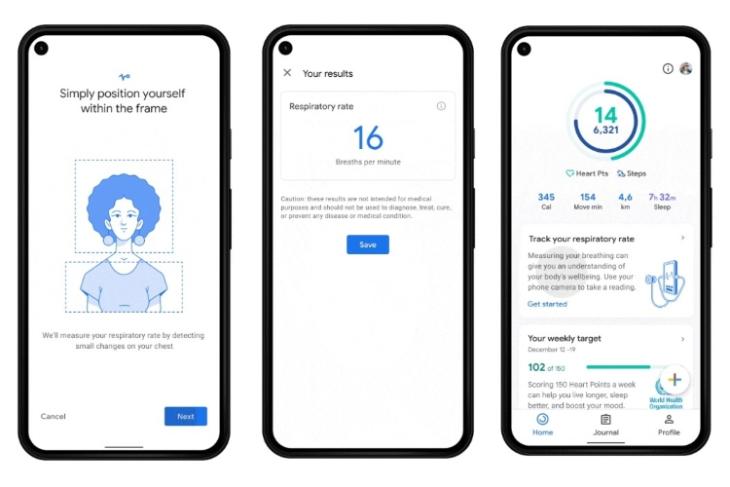 In a world with a pandemic, one should be extra careful with their health and wellness. One big part of being healthy is keeping track of your vitals. And Google, with a new update to its Google Fit app, wants to make it easier for its users to measure their heart rate and respiratory rate.

The Mountain View-based tech giant recently announced that users, with the Google Fit app on their Pixel devices, will be able to measure their heart rate and rate of respiration only using the devices’ front-facing cameras. No smartwatch or additional hardware will be required.

The said features will be using the selfie camera of the device to monitor users’ chest movements. This way, by monitoring the ups and lows of users’ chests, the device will be able to measure the rate at which they are breathing.

Now, Google, after completing initial clinical studies, says that they have tested the features to make them “work in a variety of real-world conditions and for as many people as possible”. However, do keep in mind that the features might not deliver accurate results every time as there are a ton of factors that might affect the measurements.

The features will be making their way to the Google Fit app from the next month, as per Google. These will be initially available only on Google’s Pixel devices, “with plans to expand to more Android devices” over time.