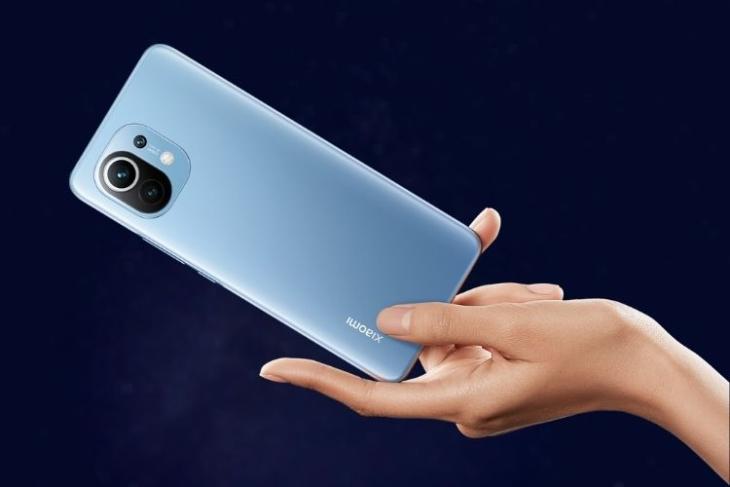 Xiaomi launched the Mi 11 flagship smartphone in China just yesterday. It is the first Snapdragon 888 smartphone. Mi 11 also boasts a 2K 120Hz AMOLED display, 108MP camera, and 50W wireless charging. One feature that not many users pay heed to is the in-display optical fingerprint sensor. It has become commonplace in AMOLED display phones. However, the in-display optical fingerprint sensor aboard the Mi 11 apparently doubles as a heart rate monitor as well.

Xiaomi spent a great deal of time talking about the gorgeous display and the 108MP camera aboard the Mi 11. It did not once talk about the surprising new feature of the optical in-display fingerprint sensor. Chinese manufacturer Goodix, however, took to Twitter last night to reveal that the Mi 11 comes equipped with its “ultra-thin optical in-display fingerprint sensor.”

Most fitness bands and watches these days feature a PPG heart rate sensor. PPG stands for Photoplethysmography. This is an optical method that uses a light source (which can be the MI 11’s AMOLED display) and a photodetector (camera under the display) to measure blood circulation. Goodix appears to have figured out how to take multiple photos in quick succession and calculate the variation in blood circulation.

Xiaomi already provides a heart rate monitoring feature via the Mi Health app, which made its debut with MIUI 12 skin earlier this year. It uses the camera and LED flash to measure a user’s heart rate. It is possible that the company has configured the app to work with Goodix’s fingerprint sensor as well.