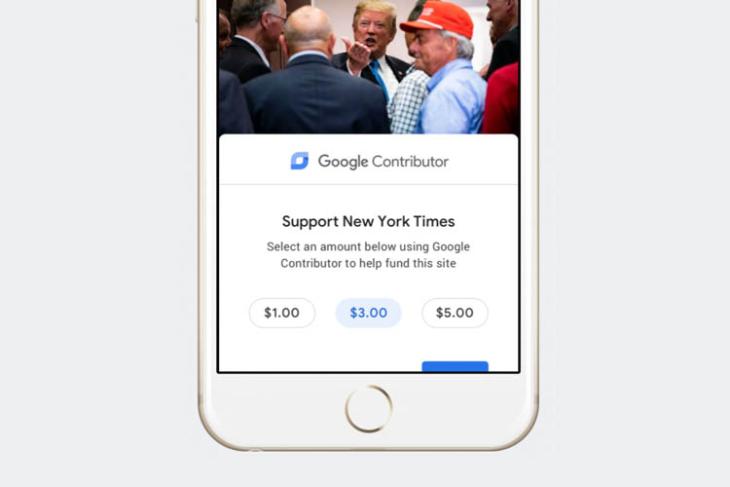 Google has scrapped a proposed service that would have enabled netizens to donate money to their favorite blogs and websites to help publishers, journalists and artistes. The tool, which is believed to have been under construction at least since last year, would have allowed readers to make one-time donations of $0.20 to $5 to help support content creators and publishers. The tool would have been part of Google Contributor, a service that lets people pay to remove ads from partnered websites.

According to TechCrunch, Google had already created design mock-ups that showed the tipping option for sites, such as The New York Times, Wired and TechCrunch itself. Screenshots of the tipping feature reveals options to make one-time donations of $0.20 to $5 to help support sites. It isn’t immediately clear, however, whether Google would have charged the same 10 percent commission it levies on all donations made via Contributor.

Google has admitted that it was working on the aforementioned feature, but says it eventually decided to focus on other services. In a statement to TechCrunch, the company said: “We recognize that there isn’t a single business model that works for all publishers today and think it’s critical to explore new technologies that can help publishers make more money. Funding Choices is a great example of a product we have invested in significantly and will continue to evolve to support publishers and their monetization strategies”.

Had Google launched the new feature, it would have offered many news sites and blogs a lifeline at a time when many publishers are having to layoff or furlough staff because of the mass cancellations of events and conferences amidst the coronavirus pandemic. To add to that, with most businesses shuttered due to the lockdowns, ad revenues are also falling precipitously, hurting bloggers, news sites and publishers, most of whom rely heavily on ad revenues.