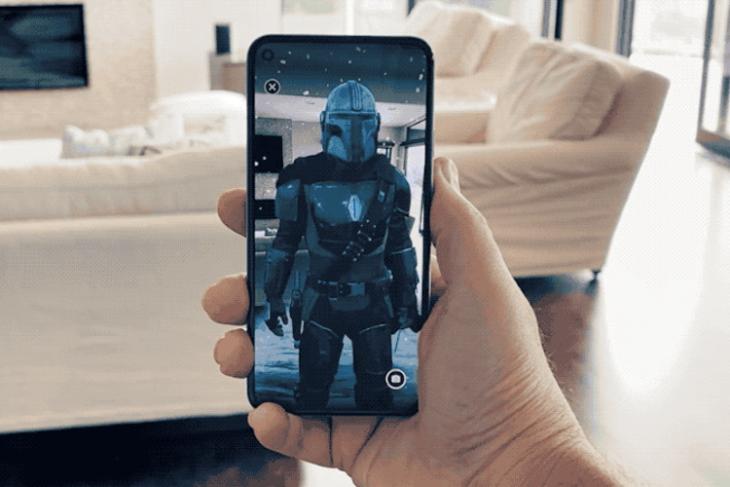 The Mandalorian took the world by storm earlier last year. The cuteness of Baby Yoda had all of us captivated and we continue to gush in the ongoing second season. Google and Disney have decided to cash in on the hype with the launch of a free AR app.

Dubbed The Mandalorian AR app, you can now bring some of the most iconic scenes from the first season to your living room. “The app puts you in the shoes of a bounty hunter following the trail of Mando himself, Din Djarin, and the Child,” as per the official blog post. Don’t expect to see any surprises from the second season.

The Mandalorian app is built upon the ARCore platform, Google’s developer platform for building augmented reality experiences. The ARCore Depth API further allows the AR models to look more realistic and blend with the real world, thanks to occlusion.

The company has developed “hyper-detailed models and life-like animations,” which are interactive and help progress the story. Once you’ve placed the model in the living space, you need to tap to animate it and progress the story. Google has only unlocked the first chapter for now. A new chapter will be unlocked every week, as you can see in the image below.

Google and Lucasfilm pitch the Mandalorian AR app as a next-generation app that’s optimized for 5G smartphones. Users can check out the official list of compatible 5G devices right here. Pixel users will be “treated to exclusive content” outside of the AR app as well, says the blog post. 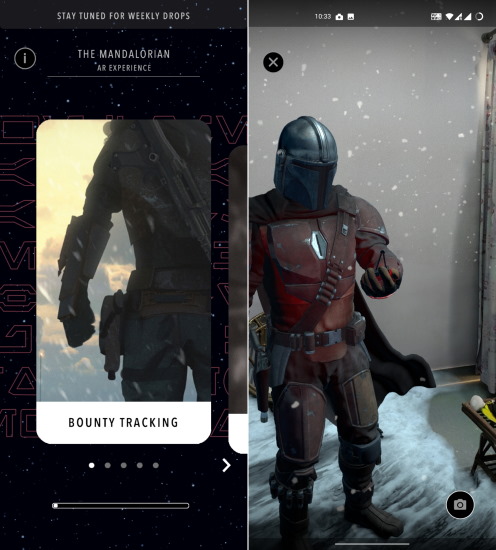 While the list does not include OnePlus Nord, I was able to download and install the APK with ease. The AR experience was smooth nonetheless. So, if you want to try out the AR app on your smartphone (be it 5G or 4G-enabled), head over to this link and download the APK yourself.