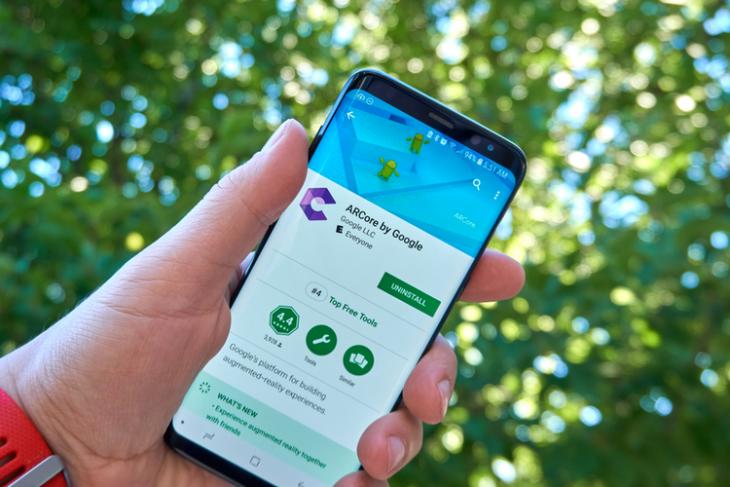 As part of its plans to make ARCore more appealing to developers, Google on Monday added a major new feature to its augmented reality platform that continues to lag behind Apple’s ARKit in terms of developer engagement. According to the company, the new Depth API for ARCore will open up new avenues for developers to offer enhanced augmented reality experiences in productivity, shopping and even gaming.

According to Google: “The ARCore Depth API allows developers to use our depth-from-motion algorithms to create a depth map using a single RGB camera. The depth map is created by taking multiple images from different angles and comparing them as you move your phone to estimate the distance to every pixel”.

The update also allows developers to make AR more realistic by bringing ‘occlusion’, which would enable AR content to be placed in front of or behind people or objects to enable more realistic and immersive AR experiences. Along with Motion Capture, which allows developers to integrate people’s movement into their app, occlusion was one of the principle features introduced by Apple in ARKit 3 earlier this year, so Android users will be happy to see Google finally bringing it to its own AR platform.

The new API, however, will not be available immediately to all developers, with Google adopting a wait-and-watch policy before releasing it universally. That being the case, the company is inviting collaborators to be able to show off the new feature in all its glory. It is already available in the latest version of the Houzz app on Android, so you can download it from the Play Store if you want an immediate demo of the feature in action.