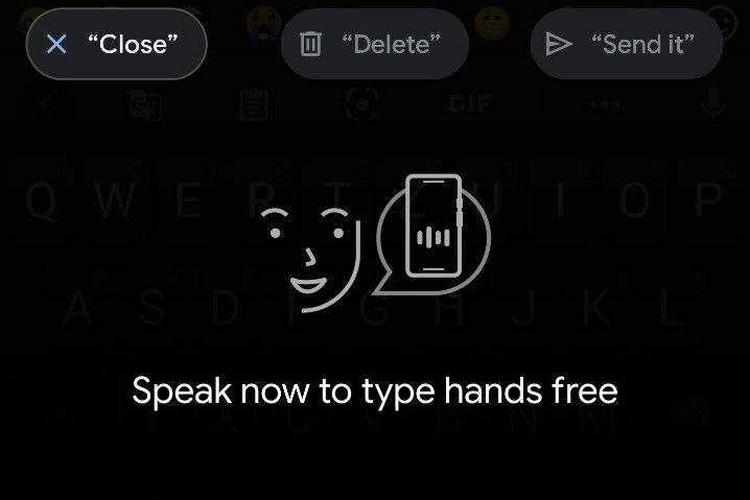 Google revealed its next-gen Google Assistant for Pixel phones last year at Google I/O ’19 event. Among other features, the company teased a hands-free speech transcription mechanism and it is now reportedly coming to Gboard.

According to an APK teardown by 9to5Google, Gboard may soon let users chat hands-free. Triggering the feature, however, requires tapping on the mic button present to the top right corner of the virtual keyboard.

There will be a total of three handy commands that you can use to control this feature – Close, Delete, and Send it. Presumably, you can either tap on one of these options or just say the word. “When ready just say “Send it” or say “Delete” to start over,” reads the description.

When you’re using the feature, Google Assistant’s light bar will appear at the bottom portion to represent and visualize speech patterns. This behavior hints that the new hands-free typing experience will probably be limited to the next-gen Assistant. Google Assistant with compact UI is also testing the light bar, though.

It is worth noting that Google has not started testing the new hands-free voice typing in beta. For now, you will have to wait to get your hands on this feature. It will be interesting to see if the software giant manages to add this neat feature in both Pixel and non-Pixel phones.