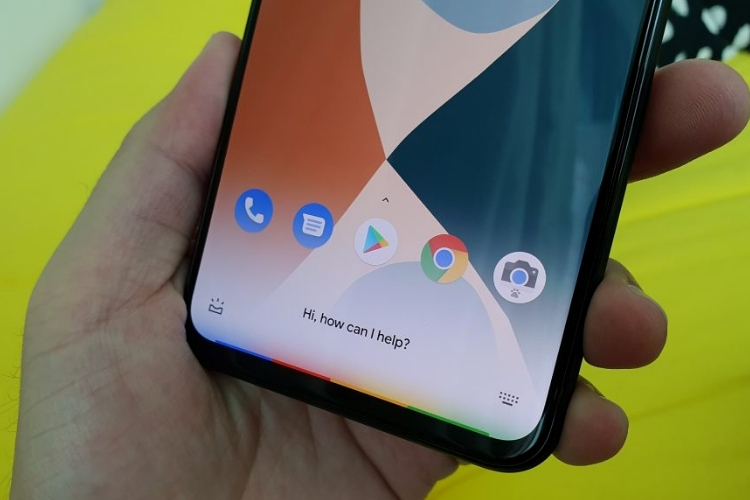 Google recently started testing a compact Google Assistant UI with the beta version of Google app on non-Pixel phones. While the redesign brought most of the features from the Assistant seen on Pixel devices, the light bar was missing. The company is now reportedly testing a design that adds a light bar to Assistant’s UI.

In case you didn’t know already, the light bar on Pixel 4 shows up when the phone’s microphone is in use. Moreover, it shows visual responses and animations when you speak.

The new Google Assistant design on my Mi A3 is looking soo dope. pic.twitter.com/GMVQyJFjSM

Alongside the light bar, the bottom pill-shaped controls accommodating the Lens, Voice, and Keyboard shortcuts have been shifted. The light bar replaces the Voice icon that currently replicates voice patterns. Meanwhile, Google has moved the Keyboard icon to the right and Lens button to the left side above Suggestions.

For those wondering, the light bar has been added on top of the new compact Assistant UI. Hence, the perks you get with the new UI such as smaller popups that don’t cover the entire screen will be present here as well.

Another visual change is the repositioning of the “Hi, how can I help?” prompt. While the current implementation shows it as one of the responses to the left side, the newer one displays the prompt along with the logo at the center.

Unfortunately, this redesign is not part of the on-device Assistant that supports Continued Conversation. Also, the company is not rolling out the design widely just yet. Despite having the latest Google app beta installed, the light bar is not present on my phone as of this writing.

So, are you seeing Google Assistant’s new light bar on your phone? Let us know in the comments.

12 Google Assistant Settings You Should Change

How to Use Google Assistant on Android TV

How to Use Google Assistant Voice Search in Chrome for Android