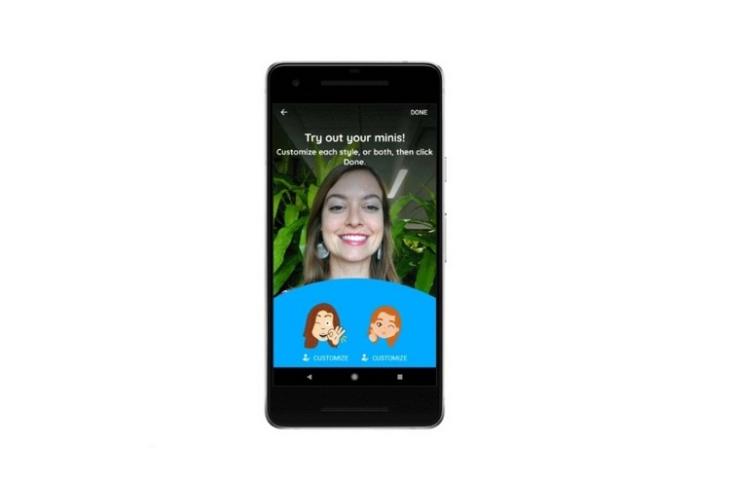 After originally releasing it as ‘Selfie Stickers’ for the ill-fated Allo Chat app last year, Google is now rolling out its own take on Apple’s Memoji and Snapchat’s Bitmoji for its Gboard app on Android and iOS. Called ‘Mini’ stickers  – or simply ‘Minis’ – the feature will let users convert their selfies into emojis using a combination of machine learning, neural networks, and artist illustrations.

Meet Minis! Easy to create and share right from #Gboard, these AI-powered personal stickers are made with just a snap of a selfie → https://t.co/d5BBLdt8As pic.twitter.com/39l4vZNjIS

According to Engadget, there are about 100 sticker styles that come in two different packs, including ‘Sweet’ and ‘Bold’, all of which can be customized by changing the shape of the face, the hairstyle, clothing, accessories and the like. Once ready, they will be visible within the sticker section of Gboard, and can be used in all apps that support stickers.

The feature is very likely being rolled out in batches, as it’s not yet available on either of the devices we checked, both of which are running the latest version of the app (Gboard v7.5). It will hopefully be available to a wider user-base sooner rather than later.

With Google planning to phase out Allo in the near future, the company is bringing some of the coolest and most popular functionalities from the ill-fated messenger to its other, more popular apps. The tech giant is apparently testing the integration of Google Assistant with its native Android messaging app, although,there’s no support for voice commands just yet.

As part of iOS 12, Apple is expected to unveil a similar feature called Memoji that lets users create animated 3D images of their faces. However, only users with the iPhone X and newer devices will be able to create them.