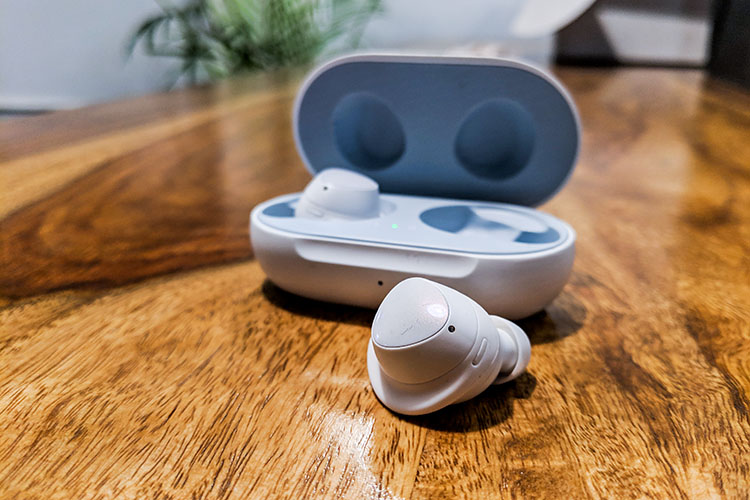 Last year, with the launch of the Galaxy S10 series of smartphones, South Korean giant Samsung also launched its Galaxy Buds truly wireless earphones with their wireless charging case. The Galaxy Buds quickly went on to become one of the best sounding truly wireless earphones in the market, and even though they didn’t become the cultural phenomenon that Apple’s AirPods did back when they were launched, it looks like Samsung isn’t backing down.

The company has been reported to be working on a new pair of truly wireless earbuds called the Galaxy Buds+. However, if reports are to be believed, this time, Samsung is setting its sights on Apple’s newly launched AirPods Pro instead.

Still, in order for Samsung’s Galaxy Buds+ to actually be able to compete against the AirPods Pro, they will need to have the kind of feature set that Apple is offering to its users. Especially, the Active Noise Cancellation, which, according to recent rumours will not be present on the Galaxy Buds+. Those are just rumours though, and if Samsung is truly hoping to compete against the AirPods Pro, I would assume it will offer ANC on the Galaxy Buds+ along with a plethora of other features.

If Samsung is in fact working on a new pair of truly wireless earbuds, I do have one thing I wish they would do — make them more comfortable to wear, and improve the battery life. That’s one of the biggest concerns I have against using truly wireless earbuds, and it’s also the reason I’m holding out on buying the AirPods Pro for myself. If Samsung nails the battery life, and adds ANC to the Galaxy Buds, I’m fairly certain that they can compete against the AirPods Pro.

This Bracelet Jams Microphones of Nearby Alexa and Google Assistant Speakers

How to Securely Delete Files on Windows 10

5G Rollout in India Will Be Delayed Due to Coronavirus