Skip to content
Home Mobile You Will Love the Galaxy Buds, Until You Hate Them

Alongside its brand new flagships for 2019, the Galaxy S10 (and the Galaxy Fold), Samsung took the stage in San Francisco earlier this year to launch the Galaxy Buds — a kind of updated Gear IconX to compete against Apple’s AirPods, at a lower price. To make things even better, Samsung, in India, was offering people who buy the Galaxy S10 a chance to get the Galaxy Buds for a massively discounted price of Rs. 3000.

Needless to say, when I pre-ordered the Galaxy S10, I decided on getting the Galaxy Buds along with them. Having used the AirPods and the Mi AirDots Pro earlier for a video, I was pretty drawn to the idea of truly wireless earbuds. 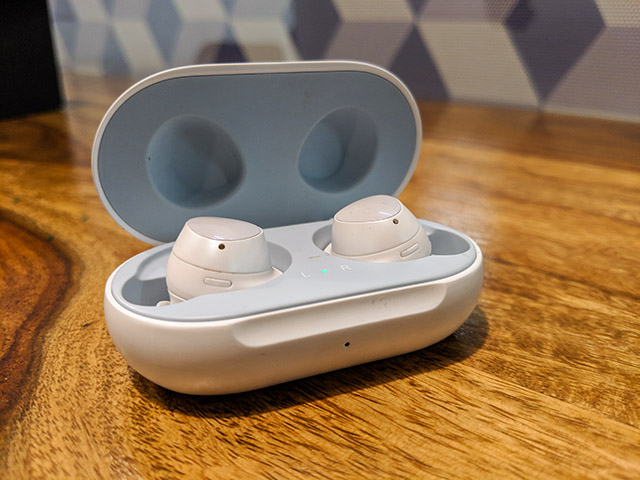 I’ve been using the Galaxy Buds for well over a month now, and I loved them. I really did. When I first received them from Samsung I loved using them all the time. You would’ve found me at my desk at work, the Galaxy Buds in my ears, bopping my head along to yet another song I found on Spotify (and later, on YouTube Music). If I was on a call at work, I’d most likely be taking the call on the Galaxy Buds. 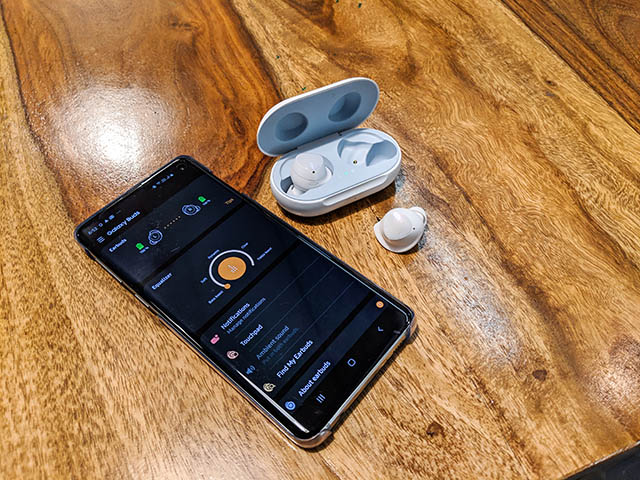 And why not, right? They charge fast enough, they last long enough, and the tap functions work really well — they were the perfect pair of truly wireless earbuds.

That’s when the problems started.

Over time, I’ve noticed a bunch of things with the Galaxy Buds. Some of them were annoying but not exactly deal breakers, others, however, are downright stupid and had I known about them, I’d have bought the Mi AirDots Pro for myself from China and happily used them.

First off, connectivity issues. The Galaxy Buds had a ton of connectivity issues when they first came out. Samsung rolled out an update to fix those, and for the most part, they’re fixed. Still, however, every now and then, one of the two Buds will drop connection while you’re listening to music or taking a call, and you’ll end up having to take them both out, putting them back in the case. Opening the case again, and letting them connect to the phone again before getting back to whatever it is you were doing. That is annoying. It happens infrequently though, maybe like once in a week or two, and I can put up with it. I don’t want to, and I don’t think a pair of earphones priced at Rs. 10,000 should ever have an issue like that, but I convinced myself to put up with it. 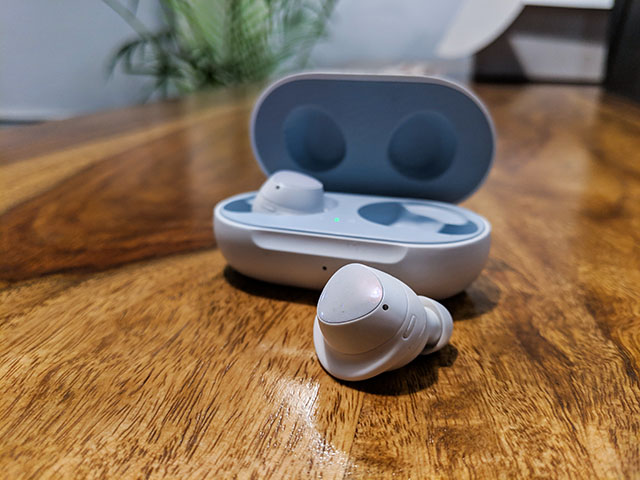 The biggest problem though, and this is one I can not forgive ever, is the fact that the Galaxy Buds depend on the Samsung Gear app to work — that’s how you adjust the various settings for the Buds, that’s where you set up different tap gestures, adjust the ambient sound mode, and what not. That app, is also where you get firmware upgrades for the earbuds.

Firmware upgrades are good, they bring new features sometimes, but they almost always improve existing ones. I’m a sucker for a well updated piece of hardware. The problem is, if you’re using the Galaxy Buds, and an update comes in, the buds get disconnected. No warnings, nothing. One second you’ll be talking on a call, and all of a sudden radio silence, because the Buds disconnected and the call switched to the phone’s earpiece and mic.

So yeah, the Galaxy Buds are pretty amazing, until they aren’t, and personally, if you’re spending Rs. 10,000 on a pair of earphones, even the AirPods work better with Android, so maybe get those.