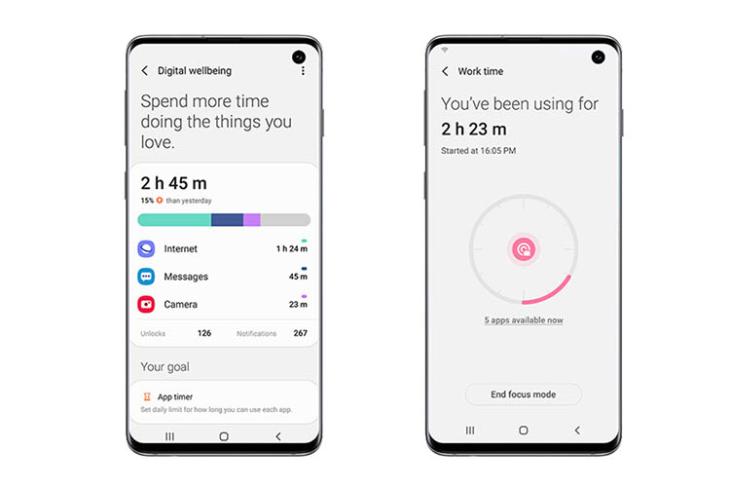 It’s been some time in the making, but Galaxy S10 users can now finally try out the upcoming Android 10-based One UI on their smartphones. The company has made the announcement for the beta program in an official blog post, where it also highlights some key changes that are coming with the new One UI.

For starters, the new One UI will make it easier for users to get notifications while they’re in a game or another full-screen app without the notifications taking up too much space on the screen and causing distractions. Caller notifications will now be smaller in the new One UI, and even the volume menu has been made thinner so it takes up less space when it pops up.

The new One UI will also make the wallpaper on the home-screen darker when Dark Mode is enabled on the phone. Moreover, the new Smart Lock Screen will automatically adjust the color and format of clock and notifications to ensure that text is always legible, regardless of the wallpaper that’s been set by the user.

There’s a lot more that’s new in the Android 10-based One UI, including changes to Digital Wellbeing, a new Work Time feature, and an overhauled Device Care section in Settings among other changes and features that Samsung is working on for the One UI update.

If you’re interested in trying out the new One UI before anyone else, you can join the One UI beta program.